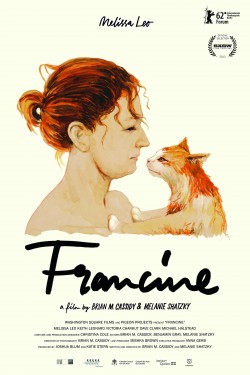 Factory 25 has acquired North American rights to Brian Cassidy and Melanie Shatzky’s Francine, a bold and mysterious drama starring Melissa Leo as a paroled convict who finds solace in caring for animals. The film premieres this week, on September 12, at MoMA in a theatrical release by The Film Sales Company, and it will continue to play across the country this fall. Factory 25 and The Film Sales Company will co-release the film on VOD and digitally beginning November 1. DVD and non-theatrical screenings will begin in Spring, 2013.

Francine premiered this year at the Berlin Film Festival, and it has since played numerous other festivals, including SXSW and BAMcinemafest. The directors were chosen for Filmmaker Magazine’s 25 New Faces in 2007, and this latest feature, their debut fiction film, extends their interest in found moments and performative behavior to the realm of drama.