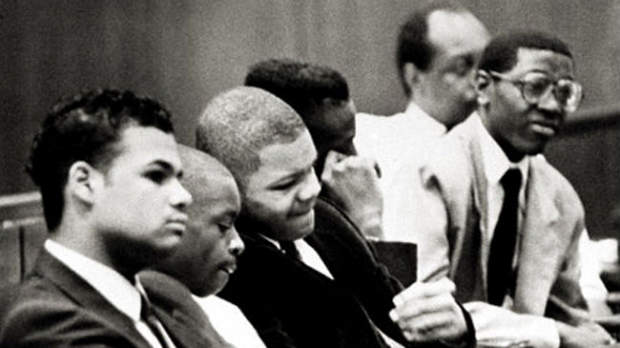 It was horrific.
One April night in 1989, a woman was jogging through New York’s Central Park when she was beaten and savagely raped. She lost 75% of her bodily fluids, lay in a coma for days and her face was pulverized so badly that friends identified her by a ring on her finger. Police picked up five black and Latino teenagers, secured confessions and launched one of the ugliest trials in New York’s history. Newspaper pundits and Donald Trump called for the death penalty. Even the African-American community turned their backs on the teens. After all, they were savages.
Or were they? A sociopath would step forward a decade later and confess to the crime which led to the Central Park Five’s release in 2002. Based on his daughter Sarah’s book, this suspenseful documentary from Ken Burns, Sarah Burns and David McMahon tells the story of the Central Park Five, namely how police coerced confessions and persecutors convicted five innocent boys and stole their childhoods. The film leans on the interviews of the five today, though one would not appear on camera to protect his privacy.
As in all his films, the filmmakers up the social climate well: late-’80s New York was dangerous, divided by race and its black community devastated by crack. Vintage news reports and headlines express the outrage of white New Yorkers. The rape terrified women and shamed blacks. “These boys became the symbol of everything that was wrong,” Burns said at a well-attended documentary panel at TIFF.
The three filmmakers take us through the police investigation in painstaking detail to recreate that fateful night when packs of teens were “wilding” in the park. The Central Park Five is most disturbing when it shows the lynch mob in the media that literally wanted to kill these teens. From Jazz to Baseball, race continues to haunt Ken Burns’ documentaries. 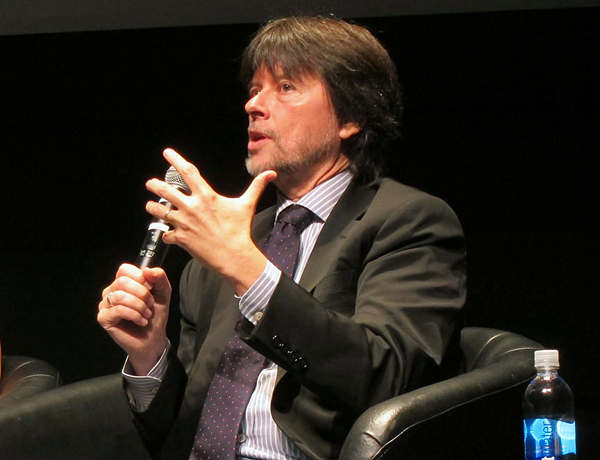 No police or prosecutors appear on camera pending existing lawsuits, so Central Park Five clearly sympathizes with the Five. Rightfully so. The film makes a crucial point that when they were released, the media buried the story. The Central Park Five remain guilty in the minds of millions. In answering a question about balance, Burns said, “Unless you’re making propaganda, you have to bend over backwards to provide the other side the opportunity to have credibility. That sustains narrative tension, but it also deepens the resonance of the tragedy.” The Central Park story is too complex to be told in black-and-white terms and must be universal. “To have that universality, you got to make that story archetypical so you’re saying, ‘What if that was my son?’ not, ‘I’m white. Whew! My kids would never be in the park at that time of the night.’ “
Surprisingly, the film begins with the real killer admitting his crime instead of surprising the audience later with this revelation. “I wanted to create a Kafkaesque scenario…to create a sense of doom,” Burns explained. He tried withholding the real killer until later in the film, but preferred his current opening.
Also, he never shows the face of rape victim, Trisha Meili, even though she published a book about her recovery a decade ago and briefly went public. “She had her 15 minutes [of fame],” explained Burns who did invite her on camera,” and made her retreat. We respected her. “
That decision and every one in the finished film belonged to Burns. He put down his creative freedom to this: “My funding model is entirely philanthropic. Working in public television and raising all the money myself means that no one can tell me how the fuck to make my films.”