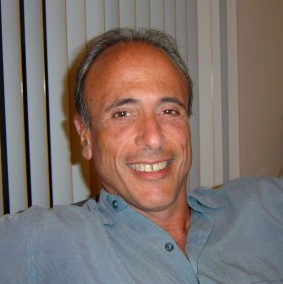 I was very sorry to hear this week of the passing of Sandy Mandelberger, an indefatigable champion of independent film and independent film festivals. I first met Sandy almost two decades ago, when he was the Associate Market Director of the IFP’s Independent Feature Film Market. I remember him as a sunny, enthusiastic and engaged professional who thought very clearly about the ecosystem that supports independent film. He went on to form his own company, International Media Resources, where he consulted with both filmmakers and film festivals on their promotion and industry branding. He also organized the Independents Showcase at Cannes, Berlin and other festival. Most recently, he was the Editor-in-Chief of Film Festival Today.

Eugene Hernandez has a very nice remembrance at FilmLinc. He begins:

Maybe you didn’t know him well, but he was usually there. Often he was smiling. Arthur Mandelberger was a fixture on the festival circuit. Those in the film community knew him as “Sandy.” Most recently the editor-in-chief of Film Festival Today, Sandy Mandelberger passed away on August 29, 2012 after an ongoing battle with cancer.

Sandy Mandelberger’s absence is pronounced this week in particular as film industry, festival organizers, filmmakers and others in the film community gather in New York City. Mandelberger would been on hand for many press and industry screenings at the New York Film Festival and he certainly would have made the rounds at Independent Film Week. He was Associate Market Director for the IFP for two years in the 90s and also worked in distribution on both coasts.

Below is a video interview of Sandy at this year’s Silver Docs.