This week we have a number of guest bloggers posting here from SXSW. Follow them before and after their screenings to get a taste of the festival as well as their personal thoughts on premiering their films. First up is David Hillman Curtis, whose film Ride, Rise Roar captures David Byrne’s recent “Songs of David Byrne and Brian Eno” concert tour. 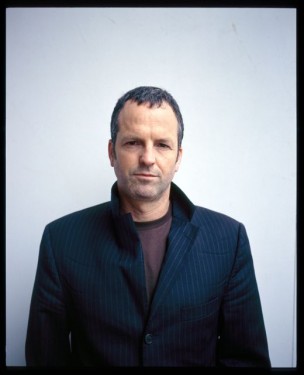 SXSW. We arrived in Austin Wednesday night…late. My wife and I decided to bring the kids, 9 and 3, and make SXSW a family trip… we are exhausted and might leave early. Just kidding.

When I heard the good news that our feature film, Ride, Rise, Roar would premiere here I was psyched. My history with SXSW goes way back. I won a SXSW Best of Show award for a website I designed way back in ’99 and was an interactive speaker here a few years back. But those experiences were limited in scope. I always felt like I was flying in and viewing things from the outside. So this time I thought we’d do it right. We rented a big house in a residential neighborhood for myself, my family, film partners, and key crew. We all had worked long and hard, often for free, to make this film and this would be an opportunity to celebrate and relax. It’s working. The charm of Austin, the funky houses — ours being one of them — the great TexMex, and the mild weather…and the strangeness of trying at first to figure out where the heart of the town is and realizing the diffuse nature of the place. It’s charm sneaks up on you.

As far as the conference…I’m loving it. We’re having a hard time getting into some of the films and that makes me happy — disappointed at first — but happy just to see the crowds. I am loving being surrounded by people this passionate about movies. I wasn’t a film school guy, nor did I decide early that my calling was to make movies. That has been fairly recent. So to be in an environment where the conversation is all film all the time, is thrilling. As I type now my producer, Will, and assistant editor, Kristin, are discussing whether to attend the David Gordon Green lecture or the Ti West…and why. They are dissing Pineapple Express so I’m going to have to stop now and set the record straight…. — David Hillman Curtis