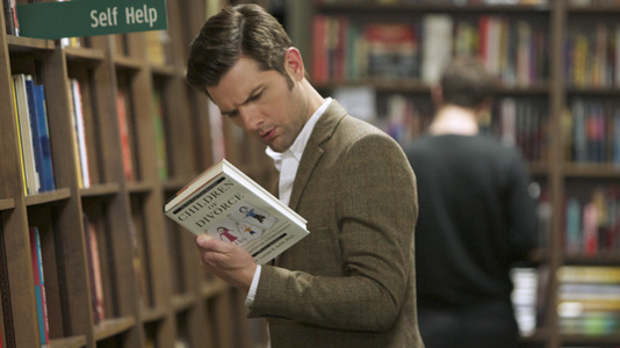 by Filmmaker Staff
in Sundance, Sundance Responses
on Jan 22, 2013

In order to get A.C.O.D. made, I sacrificed a year of television work. I usually write at least one network or cable pilot per year, which is the one stream of income I can always rely on. But with A.C.O.D. close to getting made, I took a gamble and passed on pilot season in hopes of getting a green light. Then pilot season came and went without the film getting off the ground. Just as I began a phase of real self-loathing over my newfound unemployment, my producer called to say that the cast had finally fallen into place and the film was a go! I headed right off to Atlanta to start prep and now less than a year later I’m screening my movie at Sundance. No doubt it was the best decision I have ever made.

I also nearly sacrificed my wife’s left leg for A.C.O.D.!  A week before the movie was greenlit, she tore her knee skiing and had to have emergency surgery. As soon as she was out of the hospital, I had to leave town to go into production. It was awful. She couldn’t walk or take care of our two-year-old. I called in every favor, every friend and every family member to help us out, and flew back to New York every weekend to do what I could. On the bright side, she will be at Sundance with two healthy legs!