My Year in Film: A Memoir of Sorts 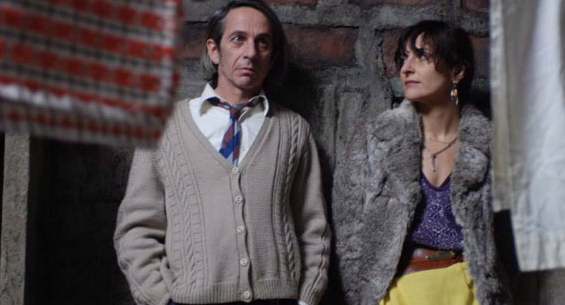 It was 2012 and there was an election on and it was getting hotter everyday and I didn’t know how much time we had left and it was the end of film (if not the end of cinema) and I knew not what to do, so I did what I always do in situations like this: I went to the movies.

Usually for free, at the behest of some publicist or festival. About half the time I went because I had nothing better to do. Often I went alone for no discernible reason other than that I had no one to go with and those who would never call (who does anymore?) or write on my Facebook wall, making them effectively dead to me.

Some films inspired love, but not as many as usual. I kept going anyway, finding gems where I could, but often the cinema left me disappointed this year. I won’t name names. Many of the people responsible for my “top disappointing films of the year” are friends of mine, or used to be, or kind of were. I was even invited to the set of one of their films, way out at the end of America. I will not offend them in our generous pages (although I might elsewhere). As if they care. I’m sure they do, a little bit, but their success is certainly far sweeter than the sting of my mere words.

Many of those films that did impress me, that left me sweating in the night and swearing in the morning, that made the Top 10 I sent over to our friends at indieWIRE, I saw long ago, despite their 2012 commercial release. Although I caught the Gotham Premiere of Paul Thomas Anderson’s monumental The Master at the Ziegfield on an early September night with the rest of the New York Film Cinerati. It was in Zurich a year earlier that I saw Wuthering Heights, Andrea Arnold’s stunning adaptation of Emily Bronte’s only novel, easily the best film by a privileged white person about a downtrodden black person all year (trust me, it was a trend, and not a particularly good one). The movie didn’t leave me for days, the sheer force of its tale reoccurring in my mind in seeming permanence. Told in a style that is at turns terse and poetic, full of foggy grays and muddy browns and off blacks, her Wuthering Heights is like no other in the family lineage of 19th-century literary adaptations, a work which refuses to sentimentalize the situation at all, that broadens the scope of the lives lived, that renders the perhaps unconsummated love at its center as unsentimentally as possible and yet still finds a way to let the unfolding tragedy break your heart right along with Catherine’s.

Pablo Lorrain’s Post Mortem is absent from every other list I’ve found (and there are a lot of them). Bizarro. It contains worlds. And is the greatest film about what an American-backed coup in a Latin American country really looks like. Its last shot is perhaps the most haunting evocation of unrequited love and unbridled anger I’ve ever seen committed to celluloid.

It was the last movie I saw at Rotterdam 2011 and I was sad before I saw it. It was my last day at IFFR and I’d only been there for five days and I was so jetlagged from traveling all the way from Sundance that I had hardly been able to see enough movies and spend time with the many friends I only see in that otherworldly place. Yet seeing Post Mortem, one of the saddest and most brutal films I have ever seen, made it all better. The trip was now complete, I was ready to go back. A few days later, having nearly no money left, certainly not enough to get the DART to the airport, I had to lie to some police in Dublin, claiming I had been pickpocketed in order to get a ride to the airport and along the way, I told the Irish cop (way nicer than the ones we have in New York) all about the Chilean morgues.

I found Steven Soderbergh’s Magic Mike to be the most thoughtful movie in some time about what it’s like to be American and male and desperately (honestly) middle class in this troubled era. It was fitting that I saw it at a second-run movie house on a beat up print at a mall that is long dead, one which I used to go play laser tag at as a kid. I watched it alone until someone wandered in about half way through.

I consumed David O. Russell’s bouyant and delightful Silver Linings Playbook in Nashville, at the best regional film festival I’ve ever been to (and not just because they gave me a prize). It’s so effortlessly cool that the closing night party is at a bar that used to be a brothel and the transporation captain wears a second line outfit and has brownies for you that are only legal in two states in the entire union. Hallelujah by the way.

I saw Once Upon a Time in Anatolia on a balmy morning at Film Forum, about a month after I interviewed Nuri Bilge Ceylan at a five-star hotel in Marrakech. We sat among orange trees. He was cold the entire time, even though he had a leather jacket on and it wasn’t particularly chilly. Poor guy.

Damon Russell’s Snow on tha Bluff, about an Atlanta drug pusher, is easily the most thoughtful and clear-eyed movie about a black father and his child in the South that found screens this year. I watched it in bed on a screener with my girlfriend at the time, a few weeks after Post Mortem sent me reeling into a balmy Dutch afternoon. She’s white and from Connecticut and I had to translate what the characters said to her; its southern Negro dialect might as well have been Korean to her ears. Roger Michell’s vastly underrated Hyde Park on Hudson, which I discoveredd on a wintery night in an Opera House along a narrow canal in northeastern Poland just after Thanksgiving, got me thinking about my own failings in that same relationship and about the ways that sex has little to do with public performance, or at least should.

And on and on.

These are the movies I’ll remember from 2012. There will be so many that I don’t, I almost think it renders meaningless the ones I do. That’s silly of course, but there’s something disturbing about how disposable movies have become as I near 30. Eight-hundred-plus movies came out commercially this year, and I saw fewer movies theatrically than any year since 2006.

Sorry, everyone. I was busy. Finishing my own. And showing it around the country and the world. And trying to figure out how I could get paid, if just a little, to let it find viewers on the internet and cable. And sending T-shirts and BBQ potato chips to the Kickstarter donors. And housing the homeless actor who starred in it, the one who now has the same agent as Ms. Arnold. And basking in its glory and wallowing in its shame, feeling both like I had gained something very special, something no one could ever take away from me, and lost too many things, mainly credit, friendships and my waistline, to feel good about my accomplishment. When it seemed hopelessly resigned to a more marginal fate than I had dreamed of, when I was convinced that no one would ever appreciate my tiny vision, my slender story of lost boys dragging themselves into manhood upon their darkest hour, I wallowed in cynicism, taking years off my life in retaliation against myself and my feeble dreams. I pushed friends away. I cursed programmers on social media. I allowed myself off the hook for feelings and emotions I should have disregarded.

I bet not many of you saw this one, huh? See, we’re even.

And that’s the rub. Perhaps there are just too many people making (indie) movies and not enough exhibiting (indie) movies. I made this same point in this same space three years ago and since then a slew of wonderful microcinemas have popped up in Brooklyn, but not nearly enough everywhere else. I’ll do my part to change that in 2013. I hope you do too.

Everybody thinks they have something to say. Everyone does but very few, even with significant resources, can artfully articulate their ideas, desires or preoccupations, let alone our universal condition of pain and joy, of life and death, using the undeniably powerful medium that the pages of this magazine tries to bring you a bit closer to. Of course, enough people can, and do. There are just too many wonderful pictures for any reasonable person to consume in any given year, and I’m not even reasonable! Which makes the whole “Top 10” thing kind of pointless, but I digress.

I was just as poor at the end of 2012 as I had been at the beginning. And if you read closely right here, you’d see that I was, despite the miles I traveled and the continents I visited and the movie I produced and the other movie I directed (and self-distributed) and the publications I wrote for and the President I was so disappointed by and the rich, famous, incredible people I met, still just a culturally middle class, economically poor black person in a big, scary, beautiful city, reliant on the state and the occasional kindness of my family and a half dozen freelance gigs just to kind of get by, trying and often failing to do the right thing, with myriad desires unfulfilled despite the clear successes that I took some measure of pride in. Chief among those desires remains a nearly crazy one, unless you’re very talented, possibly rich or definitely well connected: to make meaningful art out of the narrative film and have it be seen and appreciated by the audiences it was meant for and perhaps by a few it wasn’t. I’ll do that some day. Perhaps maybe with the help of a craven talent agent, an ambitious, financeable actor and a big sales company, or just with a T3i and some trusted friends who are desperate to say something worthwhile and willing to sacrifice for it.

For some stupid reason, I still am. Willing to sacrifice for this thing, the cinema, that I might as well call home.