Shooting Angels with the Panasonic GH3 in Mexico

by Joey Daoud
in Cinematography, Filmmaking
on Jan 4, 2013

When the Panasonic GH3 was listed on B&H I did something I had never done before. I pre-ordered a camera, sight unseen. And after returning from a shoot from Juarez, Mexico with it, I don’t regret it one bit.

A little more than a year ago I bought the GH2. For the longest time I refused to get on the DSLR bandwagon. I was quite satisfied with my Sony EX1 and its XLR inputs and ability to shoot hours on end. However, even a minimal kit was bulky.

I wanted something small if I had to travel light or needed a second camera. The GH2 caught my attention and didn’t have a lot of the restrictions of other DSLRs. Some control over audio levels, no recording limits, no reports of overheating. Easily hackable to get great quality. Plus it was under $1,000. A great deal when you’re just looking for a second camera.

After hacking the camera I really fell in love with it. A cheap adapter let me use my Nikon lenses. It was small, light, produced great images.

For interviews it was now easy to have a two camera rig to get a wide and a tight simultaneously. Eventually for some traveling jobs I found myself just taking the GH2 with me.

So when the GH3 was announced it was a no-brainer. It was pretty much everything you get from a hacked GH2, plus a whole lot more. (Note: everything in the above YouTube video was shot on the GH3.)

The shoot was a hybrid scout trip with the goal of getting enough footage and interviews for a Kickstarter pitch video. The story is about a group of teenagers that decided to protest the killings from the cartels by standing at street corners and crime scenes dressed as angels, holding signs of protest. 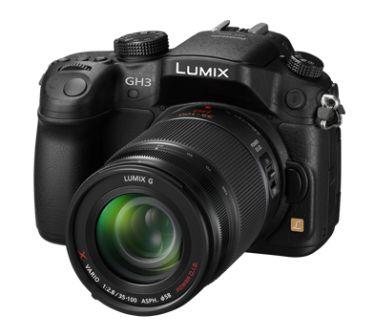 The GH3 can always remain in movie mode. There’s no mirror that has to flip up or that shuts down after an idol period. Even if you leave the camera alone for a while, wake up is fast. So the camera is always ready to shoot video.

The flip out touch screen is great for shooting high or low angle, eye level or flip the screen 180 degrees and shoot over the shoulder. Focusing is as easy as touching where you want to focus. And if you want to use the viewfinder while filming you can, because it’s all electronic.

There are seven programmable buttons to quickly access favorite settings. (There’s five real buttons. The other two are accessed on the display.)

While in picture mode you can still record video. The camera has a separate video record button that’s always active (in movie mode you can start recording with either the shutter button or movie button). Then, while filming a movie, you can take still pictures. Yes, they’re only 2 megapixels, but far better than screen grabs and very handy for a shoot like this where we need both video and stills for publicity.

Comparing the GH2 to the GH3, everything is better. The body is bigger and has a much more solid, professional feel. All the benefits you got from hacking the GH2 are now standard in the GH3, plus lots of design tweaks. High bitrates, the option to record either AVCHD or QuickTime, a touch screen menu system that is actually faster to touch than to use the scroll wheel.

For DSLRs, sound was pretty good on the GH2. It’s amazing on the GH3. There’s both audio in and out (and it’s a standard 3.5mm jack instead of the annoying 2.5mm found on the GH2). Sound levels can now be accessed right from the HUD on the touchscreen, and there’s way more than just four levels. The quality blew us away. While we used a Tascam DR-40 recorder with a lav for the formal interviews, the GH3 caught some candid sound bites when were weren’t interviewing that was clear and completely usable.

Also there’s timecode and an iPhone/iPad app. Timecode does your standard free run, record run, or time of day. The iOS app is handy and does what you’d expect – remotely monitor the picture and give you basic control of the camera. But buried in the settings you can synchronize the time on the camera to the time on your phone. This would lead me to believe you could sync multiple cameras with the same phone and have your time of day timecodes playing nice.

Filming in Mexico, the GH3 was put through its paces and gave me no issues, but I wasn’t worried. Some interviews ran a few hours straight without a break for the camera, and the camera never overheated or had any issues. I’ve shot on simple indoor shoots and had the Canon 7D constantly overheat. Would I trust taking that as my main body to a remote area? Absolutely not. 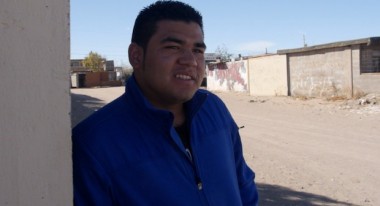 One surprising (and slightly annoying) discovery was that the latitude of the camera is far greater than what the display shows, especially in harsh lighting. During one of the walking interviews the subject went to a shaded spot. On the monitor he was a silhouette while the background was bright and exposed. The EV was showing about 1 stop under. Opting for a blown-out background and exposed subject, I opened up and brought the EV to a little under 0, and something that looked acceptable on the monitor. But reviewing the footage later when the subject walked into the shade I could have kept everything the same and the image would have been fine.

I did rent the Zacuto viewfinder but with the way it mounted it kept hitting the camera’s viewfinder and wouldn’t mount properly (though it might have if LensRentals included everything Zacuto had listed, but not 100% sure). For times like the above mentioned overexposed shot, a viewfinder with a big display would have been nice. But because of the flip out design of the monitor, it becomes very restricting. Hopefully with more cameras going flip more manufactures will create more flexible yet quality viewfinders.

For the walking interviews I stayed on the kit lens with a polarizer. When you keep everything in the Panasonic family you get really amazing features. The image stabilization with the lenses is great and I was able to easily maintain focus using the touchscreen while filming.

To support the camera I used the very inexpensive yet great Stedi-Stock shoulder brace. It’s super simple yet super effective, however I wish it didn’t look like the butt of a rifle. Filming in a city with two cartels fighting and one of the highest murder rates, the last thing I want to walk around with is something that looks like a gun. I used this sparingly, but when I did it worked great.

The weakest link of the Panasonic cameras (and micro 4/3 for that matter) is the lens selection and availability. Nikon and Canon have a huge selection of lenses, while Panasonic is still in its infancy.

On the lens itself is a switch for image stabilization. It was mind blowing. Handholding zoomed all the way in I could still get steady footage. The lens itself produced a great image, and being able to stay at a 2.8 brings the whole line to a pro level.

One nice advantage of micro 4/3 is there’s an adapter for just about every other type of mount. For $20 I picked up one for my Nikon lenses. I filmed an entire sequence of the teenagers getting ready with their angel makeup and costumes on the Nikon 24mm. It definitely has a much more organic, softer feel than what you get with the Panasonic lenses.

Sometimes using a non-Panasonic lens produces an annoying jitter. With the Nikon I used the Steadi-Stock rig and kept the shots mostly static and the results were beautiful.

The annoying downside of the 2 crop factor is it’s hard to get wide. So I also tested the Panasonic 7-14mm. I really liked the lens – you could get nearly 180 degree view with very minimal distortion. But it was an f/4 and very hard to use indoors. So I only used it a few times. Hopefully a 2.8 version will be developed.

I did not try the other pro Panasonic 12-35mm lens, but based on my experience with the 35-100, if you’re just buying the camera this seems like a solid medium range lens to build a standard kit (though it costs about as much as the body).

In addition to a small lens family, availability is the other downside. This shoot came together very last minute. Between BorrowLenses and LensRentals.com, LensRentals has the better micro 4/3 selection. But obviously both have shipping lead times needed and we didn’t think it would make it in time. We tried looking to rent locally and could not find a single rental house in New York that had the mentioned lenses. Online is pretty much your only option. Fortunately, we got the package shipped to El Paso before crossing the border. But hopefully this will change as the cameras become more common.

In the DSLR world, GH3 is hands down the biggest bang for the buck. The only other camera that could possibly tie with that is the GH2, because it’s still a great camera and now you can get it for a steal for around $700 with a lens.

No other DSLR has so many filmmaking abilities ingrained in its DNA. Canons and Nikons are fantastic still cameras that can shoot video. The GH3 is an equally great still and video camera.

Joey Daoud is a documentary filmmaker and photographer. He is currently producing <Angels at War and finishing STRIKE – The Greatest Bowling of All Time, a short he directed. He also directed the feature film Bots High, on high school combat robot builders. He runs a filmmaking blog at Coffee & Celluloid. You can follow him on Twitter @C47.