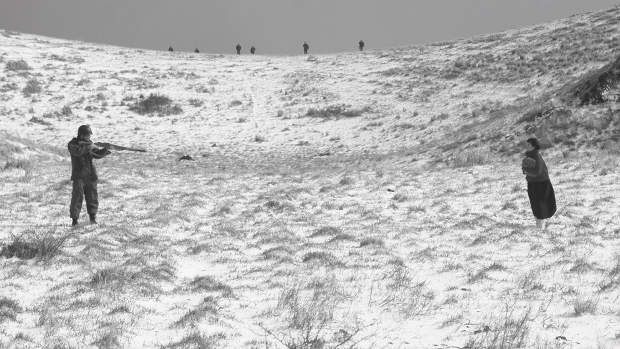 Since the tragedy of the Jeju 4.3 Uprising, more than 60 years have been passed without any opportunity to reconsider due to the ignorance from Korea and the world.

To bring the terrible memories up into the film caused huge pressure in regards to many things. As well as getting the financial support, the biggest pressure was that I had a duty to make a great enough film to satisfy the local residents in Jeju Island.

This tragedy is still ineffaceable pain to them and the period of the Jeju 4.3 Uprising is an era that they have a huge grudge over, so they wanted this film to show their anger in the most effective way. So it was the biggest pressure for me. However, to describe the history with anger is very dangerous way so I had to find another method to release it. It was the most important mission.

To get the financial support and to complete this film, individual supporters have been essential. And this help, in other words, means their hope to bring this history out to public can come true.

Also, this film has such a strong value because it has been selected and has a chance to show at the Sundance Film Festival despite of the poor production environment.

Now we have a chance to tell this story to the United States, which has been related to this event directly.