Five Questions with I Used to be Darker Director Matt Porterfield 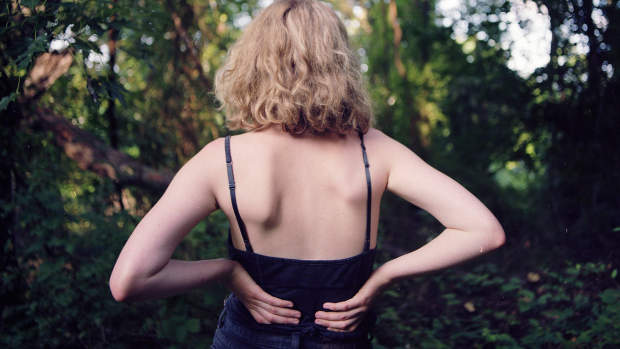 Though it only arrived three years ago, Matt Porterfield’s Putty Hill, with its unique blend of fiction and documentary and its crisp, patient filmmaking, has already become quite an influential and well-loved piece of the micro-budget cannon. Now Porterfield has returned with I Used to Be Darker, a more formally scripted work that follows a troubled young woman (Deragh Campbell) who moves in with her aunt (Kim Taylor), uncle (Ned Oldham), and cousin (Hannah Gross) in Maryland. The film premieres today in US Dramatic Competition at the Sundance Film Festival.

Filmmaker: Tell me a bit about the development process for I Used to Be Darker. How soon after Putty Hill did you decide on this as follow-up project?

Porterfield: The seed of the screenplay was a treatment I began in 2007 about a foreign student working in Ocean City, MD. When Amy Belk and I decided to collaborate as writers in 2010, we dusted it off, and began to explore what might happen to this character if she skipped town and ran away to Baltimore. By the time Putty Hill was released in 2011, we had a working draft we were hyped on and actively trying to finance.

Filmmaker: I Used to Be Darker finds you returning to a more formally scripted project after the doc-narrative hybrid of Putty Hill. How did you find the transition back to working from a script? Were there things you learned from the Putty Hill shoot that influenced this production?

Porterfield: That’s right. Putty Hill was a just a 5-page treatment. All the dialogue was improvised. For I Used To Be Darker we went into production with an 89-page screenplay. On the one hand, this imposed structure gave the actors more to work with and also push against, which elevated the level of performance. On the other hand, it was somewhat constrictive having to make a certain number of script pages a day. I feel lucky to have made Putty Hill first, because it liberated me from feeling absolute loyalty to the page. Several times during the shoot, when things we’d written weren’t working, I’d throw the script out and improvise with the cast. And the results were always better than we’d imagined.  Moving forward, I’d like to adjust the balance a little more, to give myself more time to work and play with the actors on location while still adhering to a pre-determined structure. 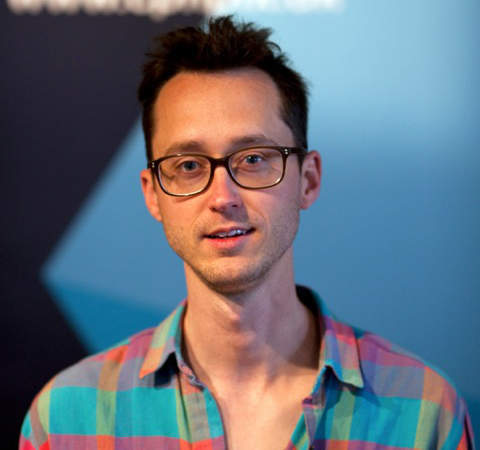 Filmmaker: I Used the Be Darker marks the first acting role for many of your leads. How did you go about casting Deragh Campbell, Ned Oldham, and the rest of your ensemble, and what is it about working with first time actors that you enjoy?

Porterfield: It was pretty serendipitous. Amy, my co-writer, knew Kim Taylor from a past life (when they were both at Florida Bible College, believe-it-or-not). She introduced me to Kim’s music and we started pulling up videos of her performing online. This was the point at which we actually wrote a couple of her songs into the script. I knew Ned from his days teaching in Baltimore. The four of us got together in Charlottesville, VA, where Ned lives now, talking, listening to music, and running lines. We timed this first meeting around a stop on Kim’s tour, so we all went to see her play that night, too. Once it was clear that Ned and Kim had chemistry and understood the roles, we had a foundation on which to build.

I met Deragh and Hannah when they came to see Putty Hill in its opening week in NYC. They were in town from Toronto. I learned later that they’d known each other since they were three days old. I was impressed with their auditions and really liked the idea that their deep friendship in real life might carry over into the film. And this is the reason I like working with first time actors: I think it’s easier to bring their real lives to the screen. And, of course, if the audience has never seen an actor before, then there’s this sense of discovery, not to mention a heightened sense of realism.

Filmmaker: The film’s title comes from a Bill Callahan lyric. What made it seem like a good fit for the film?

Porterfield: Bill’s album Sometimes I Wish We Were An Eagle got Amy and I through some hard times, particularly the song “Jim Cain”. The lyrics go, “I used to be darker, then I got lighter, then I got dark again. Something too big to be seen was passing over and over me.” We could relate to this, firsthand. And it seemed to articulate perfectly the tenuous place we found our characters in, as if it were a statement that any one of them might utter in a present or future time. And as our story is about loss and leaving, we found the end of the song heartbreakingly apt: “In case things go poorly and I not return, remember the good things I’ve done.”

Filmmaker: The geography of Baltimore played a huge role in shaping the tone, story, and characters of Putty Hill, and here you are again returning to your hometown for I Used to Be Darker. Are there things about the city of Baltimore that you feel make it a fertile setting for your films?

Porterfield: I get asked about my connection to Baltimore a lot, and I usually answer by listing the things that interest me about this place: the sounds of summer, the quality of light, the Mason-Dixon and its cultural reverberations, the maritime traditions, the dormant industry. But, honestly, the thing I find most inspiring is the boundless mystery. Baltimore, and to a greater extent the state of Maryland, is full of mystery. I could live here my whole life and make 100 films and never figure it out. That’s what makes it so fertile, I think.