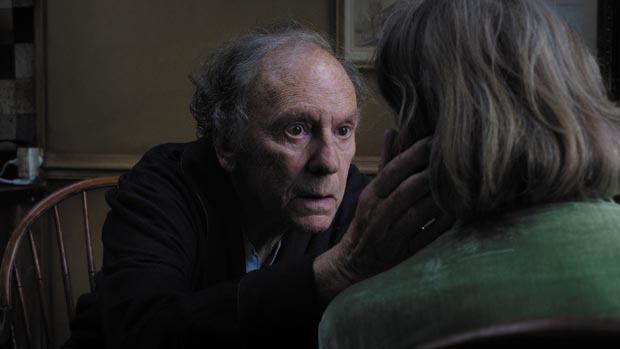 by Howard Feinstein
in Columns, Festival Circuit, Issues
on Jul 19, 2012

Normally the spotlight at the Cannes film festival is stolen by attractive young celebrities and hip, hot films (Tarantino’s, for example). This Cannes was a little bit different. The most interesting films addressed Big Issues and, perhaps coincidentally, were awarded the top prizes. They are mature films, for the mature. Two provocative topics stood out.   CONFRONTING OLD AGE Very different takes on living out the geriatric years are apparent in Austrian director Michael Haneke’s French production Amour, which took the Palme d’Or, and Iranian filmmaker Abbas Kiarostami’s Japanese film, Like Someone in Love (no prize, because, even if it […]