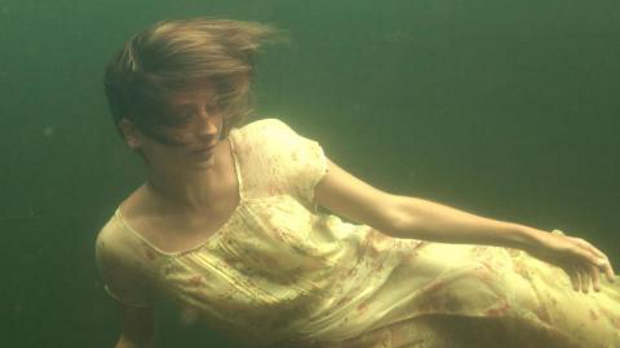 In the astounding and lyrical Elena, Petra Costa charts the journey of her charismatic, troubled older sister from their youth in Brazil to their year abroad in New York, where Elena is consumed by her pursuit of an acting career. Juggling found footage, voiceovers, interviews, and visual metaphors with effortless aplomb, Elena maintains the utmost intimacy despite the far-reaching chronology and geography of its subject. Elena is a love letter to her lost soul of a sister, and Costa’s gaze is as honest in its examination as its reverence. In fitting fashion, Costa recorded her responses to Filmmaker’s questions, with the horns and voices of her hometown punctuating her verse, shortly before her trip to the Guadalajara Film Festival. Elena will have its U.S. premiere at SXSW on March 10.

Filmmaker: What was your technical foundation for the film? The very first piece of footage you used, the first recording? Where did you begin with such a wealth of material?

Costa: The first image I made for the film was the image of a woman dancing in the water. As soon as I started thinking of making the film, this image came to me — that I wanted to have one, two, three, many women floating down the river. Of course, I was inspired by Ophelia. I read Hamlet for the first time when I was 18, in college. As soon as I read it, I associated Ophelia with my own story, and my sister’s story, as it was more or less the same time I found my sister’s diaries, and was incredibly impacted by them. And so I rented a 5D, and went with a photographer friend of mine and a dancer friend of mine to the forest, and we started to experiment with what would work in this rhythm. The 5D had just come out, and it was a very strong learning experience for all of us; that was the camera that I used to record most of the footage for the film. But I also very soon started using a Super 8. So I went to New York with a 5D and a Super 8 and filmed many things myself, or with a photographer friend of mine. But after doing the scene with the water, and filming a couple of interviews with Elena’s friends, I decided to look through all the archival materials that existed. I had no idea how much, and what the content was, but I started by going through all the VHS tapes we had in my mother’s garage, and I found about 50 hours of amazing material that transported me back to the 80s, when my sister received her first video camera as a present.

Filmmaker: Bresson wrote, “What is for the eye must not duplicate what is for the ear.” What was your process of pairing the aural with the visual when working fundamentally in voiceover and mixed media? How do they complement one another? Do they ever contradict?

Costa: That is a real challenge in a film that has so much voiceover, because I wrote the script with my co-writer Carolina Ziskind, and then you start having to think about what images you’re going to use in any given narration. Sometimes I would go for what was too literal, or something too dissociative, and finally finding something that would be evocative — but not just repetitive of the words — was always a challenge. I had many interesting discussions with my editor at the time, Îde Lacreta, because sometimes I would like to be literal, and not agree with Bresson, because if you see some films by Chris Marker, like Sans Soleil, many times the narration says exactly what we’re seeing. He says, “They always tell you in film school never film someone looking at the camera,” and then he shows someone looking at the camera. But I love showing people looking at the camera. And then he says, “This couple always goes here to revere the cats,” and then he shows a couple revering the cats. They go together, and they’re telling the same things, so I don’t agree that the words have to contradict. Sometimes I think it’s good to be literal too. It’s a very delicate balance you have to find, but I think I complement the images with narration, not contradict.

Filmmaker: When dealing with such a personal subject, is it hard to make executive decisions in the editing room? Do you want to tell your sister’s whole story?

Costa: Yes. It is very hard. And that’s why it took so long — three years — to make this film. In the first cut, which was three hours, I was trying to capture my sister’s history in totality. As soon as I decided to make the film, I knew I was going to speak to everyone I didn’t know that knew her. I went to New York, for example, with a little address book that she owned in 1990, where I had all the names of the people she knew. I started looking for them in the phonebook and on the Internet. I found about six people who knew her very well at this time through this method. The last person to see her, Michael, who’s in the film, her boyfriend at the time, her best friend, another Brazilian friend, a musician. I managed to find very important people that I had no connection to. When I got back to Brazil, I interviewed all the family and friends here, about 50 people. From this, I had over 200 hours of material. And in the end, I used only one interview [with Michael]. But I had to cover everything. I had this impulse of capturing my sister’s history in totality.  It was hard to make cuts, and I wouldn’t have been able to do this alone. It was helpful to have the perspective of people who were distant from the subject matter, who could see what was actually interesting to the story and what was not. Right at the beginning, the editor I was working with said, “I think what is most powerful here is what is the most intimate. You, your sister, your father, your mother.” My father didn’t stay, because it ended up being a very feminine story. The first impulse that made me want to make this film came from my personal writings, and I had to go through this immense investigation, to then come back to the writings, what was closest.

Filmmaker: Elena, it seems, is trapped in a catch-22. She cannot live without fulfilling her dream of becoming an artist, and yet her insecurities hamper her aims. Did this push-pull ever exist for you as an artist, and if so, how did you overcome it?

Costa: It definitely existed, exactly at the same age as Elena, around 18, 19, 20. It was very present in my life. I was constantly being asked to act in a play, and many times, I would say no because I didn’t feel secure enough, and then I would go into fits of guilt for not having accepted. I think it’s something very characteristic of the age. I think what happened to me as time went by, I started having more certainty in my own voice, my expression, and somehow managed to find an exit from that catch-22. And I think the same thing would’ve happened to Elena. Seeing all the footage I’ve seen of her, she had very much a directorial intent. She was always directing everyone else. The role of the actress was not a role that she could’ve been satisfied with, because she had creativity pouring out. So for her to wait for a director to invite her to channel a script, it was too much suffering. With time, she would have found her own ways of expressing her desire to create, without depending on outer forces. Being able to decide what I wanted to do, and what I wanted to express, helped me out of it. For me, my insecurities came from my uncertainties, and the vulnerability of waiting for a director, someone to look at you so you feel that you have the ownership to express. For me, it was helpful to write what I want to express, visualize how I was going to express it, and then express it for myself. In doing that a few times, I gained the trust to do just do it. It doesn’t mean that I don’t want to act in other people’s things, but having done my own trajectory, I feel secure to lend myself to other people’s dreams too.

Filmmaker: How did you transition from acting to directing? Was it at all cathartic in moving past the memory of Elena?

Costa: This is an extension of my last answer, but it was a natural transition, a transition that empowered me. An outlet. It’s wonderful to be able to direct, but it’s not that I abandoned acting. I still love acting. It was definitely cathartic. It’s a bit how I mention it in the film: slowly the pain turns to memory, turns to water. I feel that many things that were very painful became memory, and in doing so I was soothed, the pain was dissolved.