by Jason Guerrasio
in Festivals & Events, Filmmaking
on Apr 8, 2010 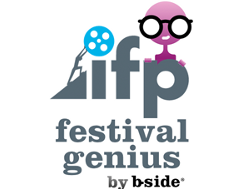 In a release sent out moments ago, the IFP has announced that B-Side, the recently shuttered Austin-based technology and distribution company that provided Web site services to film festivals, will be handing over it’s “Festival Genius” technology to IFP. Slated, a company that provides film and market research services to producers and distributors, has acquired B-Side’s intellectual property and will be licensing the service to IFP.

According to the release, key members of the B-Side staff will be joining IFP while founder Chris Hyams and senior executives from the company will be joining Slated. As you read on the blog earlier this year, B-Side closed its doors after losing funding.