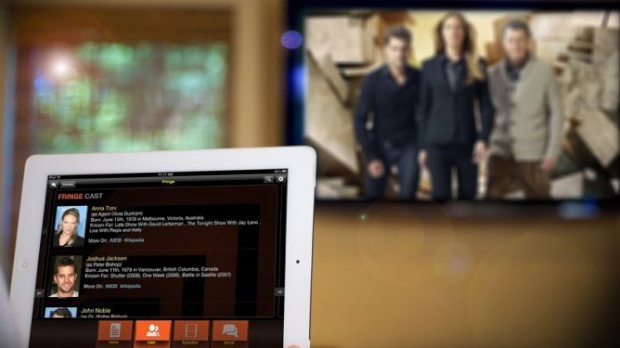 by Scott Macaulay
in Filmmaking, Transmedia
on Mar 27, 2013

Two of the events I was most looking forward to seeing this year at SXSW Interactive were Jason Brush’s talk, Filmmaking as User Experience and Michel Reilhac’s “Meet the Insiders” panel, “Storytelling + Interactive.” Brush teaches at UCLA’s Department of Film, Television and Visual Media and is Executive Vice President of Creative & UX at POSSIBLE. Reilhac, who I have written about before at Filmmaker, is an independent transmedia director, story writer and consultant, and one of the most passionate and eloquent voices for new forms of interactive storytelling.

Unfortunately, as is often the case at SXSW, once I put together my schedule I realized I had a conflict and that I’d miss both of their presentations. So, I was happy to run into Brush and Reilhac that weekend at an event hosted by IFP presenting the new Made in New York Media Center. All of us arrived a bit early, so I asked Brush if he could give me a quick outline of what he’d be talking about. That turned into a conversation about the second screen — using a viewing device like an iPad or iPhone alongside a television set — and the new ways in which filmmakers can experiment with the cinematic form. Part way through the conversation and with their permission, I switched on my recorder, and an edited version of our talk follows.

Reilhac: I don’t know about the U.S., but in France almost all the talk around the second and third screen is around added content, or enriched content. But what I think is challenging is, how do you include the second screen, or the second and third screens, in your narrative process so that your story takes into account that the viewer will experience it on two or three different screens at the same time? So that the dramaturgy takes into account the fact that there are a few different screens?

Brush: People talking about second screen often talk about simultaneous viewing. I don’t know. I think there’s a lot of potential, but people have encountered a lot of challenges. [The second screen] has really undermined people’s expectations of, “I’m gonna sit and watch this [movie or program].” All of a sudden, if I’m looking down, am I looking away from the primary thing? The idea of second screen kind of implies that there is a primary screen and a second screen — a hierarchy. The big thing, the thing on the TV, is the important [one].

Brush: I’m advocating that filmmakers don’t think about the experience of their film purely in terms of the linear beginning, middle and end experience. Instead, think about the overall experience somebody has with a piece of content, the experience that extends beyond just the [single] viewing. Documentary has been most successful at this, I think, thus far. The problem with fiction is that people have this [familiar] experience [to overcome]. There’s a great conversation between J.J. Abrams and the guy who runs Valve Studios [co-founder Gabe Newell]. Abrams talks about how what makes film unique is that you’re asking people to surrender their experience to the vision of the filmmaker. There’s this pleasure in sitting back and relinquishing control. Everything is controlled, right?

Reilhac: Absolutely, but I really like the challenge that this presents. When you say there’s a hierarchy, it’s very much a hierarchy in terms of size, right? But if you look at the directive possibilities of the second screen, which is in size smaller and maybe less important, it actually becomes more resourceful and challenging because of its interactivity. Thinking of fiction and focusing on the more interactive second screen, as opposed to the bigger, primary screen, is a very interesting challenge.

Filmmaker: I think when it comes to television, many of us already use the second screen. It’s just that this second screen content may or may not be tied to the first screen. I may be watching The Walking Dead on TV, and I’m hashtagging it on Twitter on my iPad to see what other people are saying about the show. I’ve got that stream going. Or, maybe I’m just checking my email during the slow parts.

Reilhac: Look at what happens with gaming. When you play one of those action games, you have so many things to take into account at the same time: your lives, your weapons, what’s going on, the map. That has built into our minds the multi-tasking capacity that everyone has today. Look at the Bloomberg screens, where all the information is different and happening at the same time. Doing several things at the same time with two different screens is just natural. It’s not something we need to learn. Here at [SXSW] at all the talks I’ve been to, everyone is passively listening and then looking at their screens and doing something else. Everyone; it’s amazing.

Brush: Another thing I’ve been thinking about is how, in the web development world, there’s a big push for what’s called “responsive design.” The idea is you write code once and it’ll sort of flex and change its presentation; it’ll edit itself based on the scale and the platform. As opposed to saying, “I’m going to release a mobile app and a website,” you write one set of code and it just dynamically reacts. In filmmaking we’re trained to think of things like panning and scanning as bad because you have this pristine vision of the director and all this work goes into it and you don’t want to adulterate that. But, now that people are looking at things in such radically different context [in other fields], there’s this question of, “What is this mental model of a movie? Is it this pristine thing that only works in a single way across all these different devices or is it something that can adapt?”

Filmmaker: Do you have a takeaway for filmmakers? Something you’re advocating?

Brush: Filmmakers are worried and, rightly so, about the economic implications of all these platforms. How are they going to reach an audience? How they going to use Kickstarter? They’re really interested in how these platforms can help them make a movie in the way that they have classically thought about films. So I guess the takeaway is that if people think about the larger experience that audiences have — from the moment that they learn about the film to the moment that they experience it to the moment they tell their friends about it — than that experience can itself be a part of the creative expressive process. Everyone is talking about how House of Cards supports binge viewing, right? Well, the whole notion of “binge” implies that there are lots of little individual pieces that have set ways that they are supposed to be consumed and if you’re binging, you’re doing it wrong. Rather than looking at this as, “Oh, this is just a really long film that you can look at in different ways.” It’s a different way of thinking about it, and the interface that you use to get from one episode to the next, or one piece to the next, is part of the experience.

Reilhac: I totally agree with you, and I feel like the paradigm is changing. Filmmakers have thought of themselves as “filmmakers,” meaning telling stories in a particular way that has basically been the same for the past 100 years. But now, what interactivity brings is that we cannot think of ourselves as filmmakers, but as storytellers. It’s the interface between the story you’re telling and the audience you’re telling it for or to or with, that is being questioned. By involving, through this dynamic process, the audience, you all of a sudden change the concept of filmmaking from product-oriented to process-focused. To me, that’s the radical change. Fundamentally it’s the same thing: telling stories. But the way you do it is freeing yourself from the model that we’ve been doing for the last 100 years, which is becoming obsolete. Would you agree?

Brush: Absolutely. If you think about the process of making a film you have development or writing, where you come up with the idea. That creates a script and then there is pre-production, production and editing. And you release this product — it’s a file or a film reel or a disc. And then there is marketing and it gets disseminated. A whole team takes that file and figures out how to get it in front of audiences. In contrast, for instance, [you can] develop a service or a platform or a piece of software where you’re thinking about prototyping, releasing different forms as [your content] evolves — that’s not dissimilar from how television series work. They think, “Oh, this worked, this didn’t work; we’re gonna drop a character, add a character; we’re gonna re-cast.”

Reilhac: You can’t do that with a film.