Color Grading A Glimpse Inside the Mind of Charles Swan III, Part 1: Ryan Bozajian on the Art of the Pre-Grade 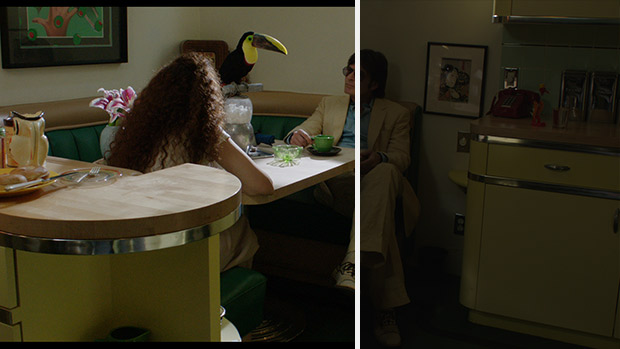 by Michael Murie
in Filmmaking, Interviews, Post-Production
on Mar 26, 2013

Like most motion pictures, Roman Coppola’s latest film, A Glimpse Inside the Mind of Charles Swan III was color graded in a DI theater at a post house. Unlike many films, this final grading only took two days; extensive “pre-grading” was done using Resolve Lite at American Zoetrope’s own facilities, while the final grade was performed at SPY using the full version of Resolve.

With color grading taking place in two facilities and by two people, the facilities had to work together to calibrate equipment and create a consistent workflow. In part 1 of this series, VFX artist Ryan Bozajian explains his work on the project at Zoetrope, while in Part 2 Chris Martin of SPY provides his perspective on the project.

Filmmaker: How did you get involved in color grading?
Bozajian: I studied visual effects and filmmaking at school and have been doing mostly visual effects work since. I work as a visual effects supervisor most of the time. I got into color work when I was doing commercials in Flame and Inferno. Doing the color grade for them was part of that, and eventually I ended up doing VFX supervision and post-supervision on other independent films.

Since I had a background in color grading, I started thinking of different ways I could cut costs using my skill sets. Some of these productions have a really tight budget. They want to have a good DI but the budget is already so tight; what if I could save a chunk of money by doing what I was calling at that time a pre-grade?

I just started finding different ways to do that. This was by far the most functional and smooth and painless version of this process that I think any of us have ever done.

Filmmaker: When did you start using Resolve?
Bozajian: With this project. When they made Resolve Lite available for free online I was able to download it and start playing with it, and I think I graded a couple of small projects with it to get used to it.

Filmmaker: How easy is it to learn Resolve?
Bozajian: The process of learning Resolve was pretty painless for me. It’s a very intuitive workflow with the different tabs for each stage of the process, the software is definitely very well thought out in terms of usability. Much more so than a lot of other grading tools.

Filmmaker: I think some people find the node-based way of applying effects and the order you apply nodes difficult to grasp. Did you have that problem?
Bozajian: There’s definitely a little bit of a curve there. The main thing to get about the node workflow is the difference between serial and parallel, and deciding what the best order of operations would be.

Why this is so natural for me is because the majority of the work I do is node-based compositing anyway, so whether it was Smoke or Nuke, coming from that kind of organizational environment is what I do the most. That’s probably why it was easy for me.

Filmmaker: How did you become involved with this project?
Bozajian: I have a history of working with American Zoetrope and I’ve jumped on different projects of theirs over the years in different capacities.

I’d been researching moving into Resolve for pre-grading, and pitched the idea to Sin Cohen who is the post manager at Zoetrope. He had been involved in some of the support and research on previous endeavors that I had done for other films and I know that Zoetrope likes that kind of approach; they have a lot of robust facilities and like being able to do things in-house and save money. 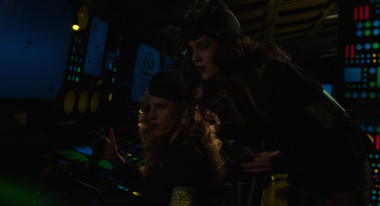 Filmmaker: What were you trying to accomplish that you hadn’t managed to do before?
Bozajian: The ultimate benefit is to be able to save money by doing as much of the grading process as possible in-house in a way that is as cost effective as possible.

I’m not trying to take anything away from the DI facilities in doing this; if a film has the budget to do it all in a DI theater, that’s the way it should be done, but some films are just scraping to get by, they just don’t have the money.

We are trying to do that without trading off the ability to have the work polished and finished in that environment. We want to have at least one or two days at the end of the process to have the picture finishing and grading go through a DI theater. We don’t want to skip that because it’s incredibly vital and important to do that if you’re going to have a theatrical distribution.

Filmmaker: You’d tried this before, but it didn’t work?
Bozajian: Well, it worked, but it was incredibly painful and arduous in comparison to what Resolve enabled. 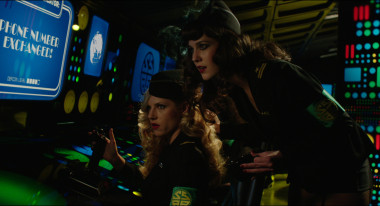 Filmmaker: What were the problems you encountered before?
Bozajian: In the past what I would have to do when the DI facility didn’t have the same software I was using is render it out and bring it to the DI facility where they had to use EDL’s or auto-scene detection to re-establish the cuts. Then they had to rebuild any prep that they are going to have to do in the grading software.

It’s a destructive pass once we render it. Obviously we’re trying to use 10 to 16-bit file types, but still the grading work that I had done is baked in. They can’t just pick up where I left off and edit what I had done.

I also felt like the grading work didn’t look exactly the same. I definitely felt like even though I might be saving some money, this process and the system could be much better.

Filmmaker: By using Resolve you accomplished that?
Bozajian: The most important thing is that the migration process was so easy and seamless. We figured out some nice little tricks by using symlinks and .dmg’s with the OS so that we could instantly have our media pool working without having to change paths or mess around with anything.

We brought it over on drives and I think we dumped it the day before. I wanted to set it up to make sure everything linked instantly. We created a .dmg on the Mac OS — which is like a little virtual drive – with the same name as the drive we were working on at Zoetrope. Then I created symlink inside that which established the same path as we were working with, and within two minutes the entire project was ready to go.

Filmmaker: Did you do much testing beforehand?
Bozajian: We did a lot of tests with SPY to make sure that between the software, the LUTs, and the calibration, that we were going to get a good translation, that our results were going to look consistently similar on these different systems. Steve Maggioncalda, the CTO at SPY, was absolutely incredible. He came and helped calibrate things and worked with us back and forth on everything, and Chris Martin was as well.

After about a week or two of that work we had the suite set up at Zoetrope’ San Francisco office. That’s when I started doing the grade. I think we had about two weeks, which is just awesome to be able to have two week’s worth of time grading, and it’s because the clock wasn’t running at some insane rate. We could relax and kind of enjoy ourselves and have a nice couple of weeks. Roman would move around the building; working on sound, and then come back to me, and then go over to visual effects and see how that was going. Everything was under one roof and the time pressure was nowhere near like normal and it was just wonderful.

Filmmaker: What equipment were you using?
Bozajian: Sin built a custom workstation with a fast GPU and we plugged it directly into a really fast RAID server he had built so we had ample drive speed. We did some tests and I think the GPU that we had running was able to drive about 20 nodes, which was far more than I ever needed. I think it was an Nvidia 600 series.

We had a HP Dreamcolor monitor and the secondary monitor was a Dell or something. The Dreamcolor may not be perfect, but they do have a really nice gamma to them and are starting to get closer to the gamma range of the old CRTs.

The controller that I was using was the Avid Artist controller. I’d used that for years with different software packages.

The final ingredient, which can be one of the more expensive components, is a really good, reliable color monitor that’s going to be the standard for the process. Zoetrope had this already in-house; they had this nice big Sony, older CRT HD-SDI monitor. It was just fantastic. Chris and I both love the gamma on those old CRTs, they are just beautiful.

Filmmaker: You started grading when the edit was finished?
Bozajian: The edit was still in process throughout those couple of weeks and that’s another thing that Resolve is incredible about. Somebody can just toss a new XML out and you open that up and it’s like plug and play.

When I imported visual effects work I would have that on a separate track, and when Robbie Schafer kicked over a new XML for a reel of the film from Final Cut Pro 7 I could just open that new one and copy and paste the visual effects tracks and any changes.

The key is that all the media that’s being sourced by any of these XMLs retains the grading information no matter what XML you’re using it in. It’s another thing that’s incredible about Resolve’s workflow; it’s this dynamic system. I could open a new XML and if I had been grading on those same clips, all of that information is instantly there.

Filmmaker: What do you think of the Lite vs. the full version of Resolve?
Bozajian: I think the Lite version provides an accessibility to lower budget productions, but it also functions as a bridge for us to be able to work in a full Resolve suite somewhere else.