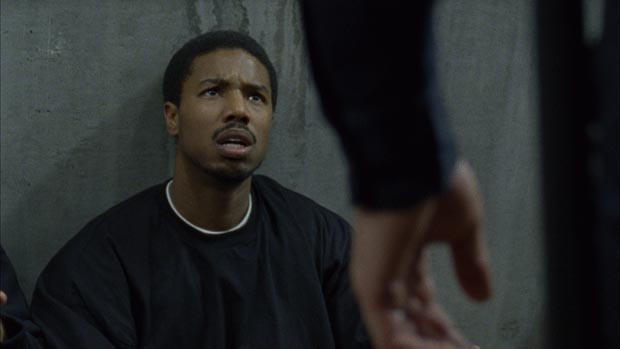 It’s one of the oldest clichés in the movie business. And it may be as true today as it was 20 years ago when producer Andrew Vajna famously declared, “There are no black actors today [who] mean anything to the foreign marketplace.”

Hollywood may have made some headway in overcoming the racial road-blocks that exist in overseas markets; the foreign box-office for Quentin Tarantino’s Jamie Foxx-starring Django Unchained, for example, has well surpassed domestic sales, as did, surprisingly, Martin Lawrence’s 2011 comedy Big Mommas: Like Father, Like Son. But those films remain the exception, not the rule. And when it comes to independent cinema, which is driven less by stars or genre, the international sales climate can be far more dismal.

“It’s fucked up,” says producer Jay Van Hoy, citing directors such as Barry Jenkins (Medicine for Melancholy), Terence Nance (An Oversimplification of Her Beauty) and Ryan Coogler (Fruitvale). He continues, “These are some of the most talented filmmakers of this generation, and of course we want to work with them and see them flourish, but how are we going to do it if we can’t get their budgets up over $750,000 because there are no foreign presales available? It’s not sustainable for producers or for the filmmakers.”

Recently, Van Hoy was a producer on Andrew Dosunmu’s Mother of George, a tale of African immigrants in Brooklyn, which stars Isaach De Bankolé. After its Sundance 2013 premiere, the film was acquired by Oscilloscope for U.S. distribution and K5 for international sales, but despite potential interest from French and U.K. buyers, the situation looks bleak. Even if a deal came through, “it would not be lucrative,” Van Hoy admits. “You’re looking at cobbling together a hundred thousand dollars in sales from all of Europe, with prices of $5,000 to $10,000 for each territory.” Further anecdotal evidence suggests that Russia and Eastern Europe are indifferent to American films with characters of color. And what about Asia? “Forget it,” Van Hoy says.

“I hate calling it a racial thing,” says Nekisa Cooper, producer of Dee Rees’ Pariah, “but I don’t know what else to make of it.”

According to Cooper, Pariah, a winner at Sundance, the Spirits, the Gothams and the National Board of Review — and receiving a worldwide rights deal with Focus Features — has not had much traction overseas.

Even though Focus has “put deals” in various territories, which ensures buyers purchase a package of films, “they couldn’t force Pariah down people’s throats,” Cooper says.

Cooper and Rees have tried to get their second film off the ground, a crime thriller set in the American South called Bolo, which was developed with Focus for six months and then put into turnaround. “They loved the script and the characters, but the foreign numbers didn’t compute,” says Cooper, who has since moved on to make the film with private equity.

But casting Bolo has been frustrating as a result of the brutal biases of the global marketplace. Because the film stars a black female detective and the majority of the parts are black, Cooper explains that the only sales “value” being attached to the project lies with the protagonist’s white male partner. “So we’re probably going to have to pay the white male more to agree to play second to an African-American lead,” Cooper admits.

In terms of “valuing our film and valuing ourselves,” continues Cooper, it’s a catch-22: They can’t convince financiers that the story has value without solid foreign estimates, but they can’t get decent estimates with black characters.

International sales agents, however, point to indie films with strong domestic box office, such as Precious and Beasts of the Southern Wild, as counterexamples of movies with black actors that have worked abroad. Others cite movies in pre-production that have generated strong foreign sales, such as Lee Daniels’ The Butler, starring Forest Whitaker and Oprah Winfrey, and Simon Curtis’ Seacole, starring Viola Davis, as evidence of decreasing discrimination. They say indie films of color are hurt less by racism than lacking name talent.

“I think any film without [a] famous cast is difficult these days,” says eOne’s Charlotte Mickie, who handled brisk foreign sales on Beasts. “Some countries are racist, I guess, but that’s not a big factor compared to other issues,” continues Mickie, who notes that a film like Clément Virgo’s Poor Boy’s Game, which stars Danny Glover, was not critically acclaimed, but sold well “because Glover is a ‘name.’”

Visit Films’ Ryan Kampe agrees. “I think there are people in the foreign community who are old school, like Italian or German or Russian buyers, in particular, who would say: Nope, can’t buy it,” says Kampe, who recently took on Sheldon Candis’s LUV, which stars rapper Common, Dennis Haysbert and Danny Glover. “But more and more, I think it’s film dependent.”

Indeed, Adam Leon’s Bronx-set low-budget Gimme the Loot, which stars two African-American unknowns, has sold to major distributors in France and the U.K. and smaller ones in Spain and Greece, according to Eric Schnedecker, head of sales and acquisitions at France-based sales company Urban Distribution International. He says the problem is less about race and more about “U.S. indies in general,” which suffer as a result of “Hollywood hegemony abroad” and European subsidies that support their own domestic films.

But veteran international sales executive David Glasser, CEO of The Weinstein Company, which acquired worldwide rights to Ryan Coogler’s Fruitvale after its Sundance triumph, believes the “times are changing,” he says. “We sold every territory on Fruitvale.”

“Sure, we have obstacles to overcome,” acknowledges Glasser. “But I think a good movie domestically is a good movie internationally.”

But it helps if Forest Whitaker and an Oscar-winner such as Octavia Spencer are involved.