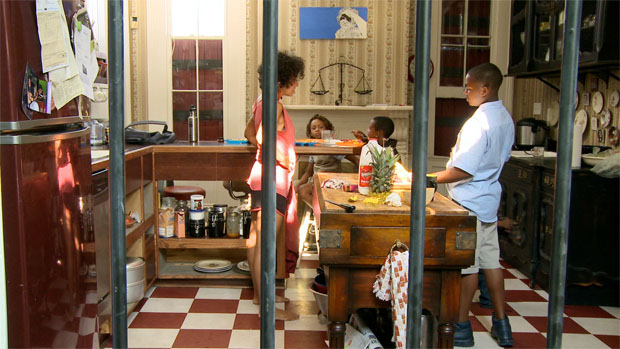 Angad Singh Bhalla uses film to bring us voices we rarely hear. After spending months with Indian villagers who had been resisting an alumina project backed by the Canadian company Alcan, he produced his first independent project U.A.I.L. Go Back. It was used widely as an organizing tool and helped pressure Alcan to end its involvement in the project. Passionate about using media as a tool for social change, Bhalla has since produced videos for groups including the Service Employees International Union, Human Rights Watch, and The Center for Constitutional Rights. His award-winning short on the lives of Indian street artists, Writings on the Wall, was broadcast on PBS, Canada’s Bravo!, and Al Jazeera English. Herman’s House, his debut feature documentary, explores the relationship and collaboration between visual artist and activist Jackie Sumell and inmate, Herman Wallace, a Black Panther who has been in solitary confinement for more than 30 years in Angola Prison in Louisiana. 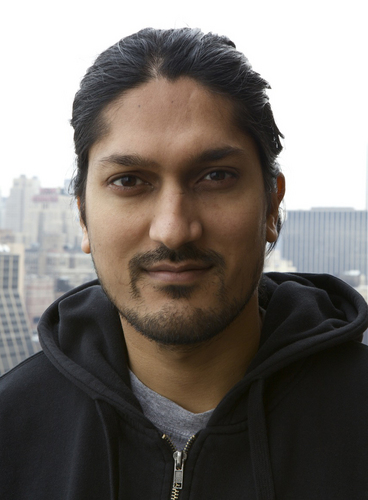 Filmmaker: What inspired you to make Herman’s House ?

Bhalla: I befriended artist Jackie Sumell while we painted protest signs against the impending Iraq war during college. When she first explained her collaborative art project with Herman Wallace, it seemed interesting. But only later when I read a book comprised of letters they’d written over the years as they went back and forth on what Herman’s dream home should look like, I discovered that their powerful exhibit, “The House That Herman Built,” was just the beginning of the story. Their art project creates a safe space for us to examine the racial and class divisions that underlie American justice, and their unique friendship gave me the opportunity to re-humanize Herman Wallace. My hope is that once we acknowledge that we have been caging at least one human being for decades on end, we can start recognizing the humanity of the other 80,000 Americans in solitary confinement and the over 2.3 million Americans behind bars.

Filmmaker: Herman Wallace appears in the film in voiceover only. When you decided to embark on this project, were you concerned about not having visual access to him and his environment?

Bhalla: Yes and no. I knew from the beginning that Angola Prison officials were never going to let me in to interview a man they have been doing everything in their power to silence for four decades. At the same time, it was after my first conversation with Herman over the phone that I knew his voice had the power and charisma to carry the film without us ever seeing him. In fact, not seeing someone who is in solitary makes a great deal of cinematic sense. It reinforces his separation from the world. I knew that this might frustrate audiences but I hope that the frustration is not directed at me as a filmmaker but at the prison system that keeps him in a cell. I aimed to create a viewing experience that pushed the audience to imagine what life in solitary would be like and, in a way, mirror Herman’s efforts at imagining life on the outside after so many years.

Filmmaker: The artist in the film, Jackie Sumell, seems like a force of nature. What are the challenges of documenting such a strong personality?

Bhalla: I think there are challenges documenting anyone. Honestly, if someone asked me to allow them to follow me around with a camera for a while, I’d probably say forget it. So I think the first the first thing one needs to do is honor the immense generosity any documentary subject provides by allowing you into their lives and I am so grateful to Jackie for that gift. Jackie’s strong personality is definitely intertwined with that spirit of generosity and that makes her so charismatic. I think the other thing you need for this kind of work is patience. It took a while for Jackie to get comfortable with the camera and to recognize that when I asked her to do something like make breakfast for her neighbors, I was not asking her to act but just do something she does all the time with myself and a camera person present. The real time story of Herman’s House ends in early 2009, but it wasn’t until almost two years later that we were able to film all the scenes with Jackie that we needed for the film because it takes time to trust the camera and the process.

Filmmaker: Herman’s House is your first feature-length documentary, which was shot over the course of several years. Could you share some insights about what it’s like to tackle such a project, and for so long, relative to your past work?

Bhalla: I think that any worthy artistic endeavor requires patience. As an editor, your task is laid out before you to work with the director to make the best of the footage that you’re provided in a specific timeframe. I had to throw the whole concept of timeframe out the window when I started to work on Herman’s House. When I recorded my first phone call with Herman in 2007, there is no way you could have convinced me that six years later I’d be being interviewed by Filmmaker magazine about the film. Part of this patience is now built into the fundraising process, where prospective funders expect to see scene selects and teasers before they sign on. This forces you to edit while you shoot, which for me was a hugely helpful process as it allowed me to make new mistakes at each shoot instead of repeating the same old ones. The only other insight I could offer, is get help. Some documentary filmmakers do it all themselves, shoot, direct, edit, produce but there is no way I could do that. My collaboration started with my editor and mentor Ricardo Acosta, from whom I learned the art of storytelling as his assistant. He introduced me first to my executive producer, Loring McAlpin, and then my producer Lisa Valencia-Svensson and the film’s other executive producer, Ed Barreveld. While, of course, with any collaboration you give up a little of a director’s most prized commodity: control, there is no way Herman’s House could have turned out the way it did without the support of this incredible team (and many others I don’t have the time to list).

Filmmaker: I understand that you are currently in production on a related interactive documentary, Inside Herman’s House. Can you tell us a little bit about that?

Bhalla: Inside Herman’s House is being produced by the amazing interactive team at the National Film Board of Canada. It was actually our producer there, Anita Lee, who suggested the idea of reimagining the documentary as a standalone interactive experience. Herman’s House is all about the relationship between space and the imagination that make it ideal for a web-based platform. Having never done this before, I am definitely learning as we build it. NFB’s record enabled us to assemble an incredible team: my co-creator and creative director, Ted Biggs, and the amazing design team of Vincent Marcone and My Pet Skeleton. The fact that we only have access to Herman’s voice is actually an asset for our web experience, where audio can have a great deal of emotional impact. The vast majority of the content we’re exploring in this interactive experience is content that did not make it into the film, so whether you’ve seen the film or not you’ll be able to engage with the content interactively. This interactivity puts users “directly” in touch with Herman Wallace and allows them to explore his unique experience from whatever angle they’d like.