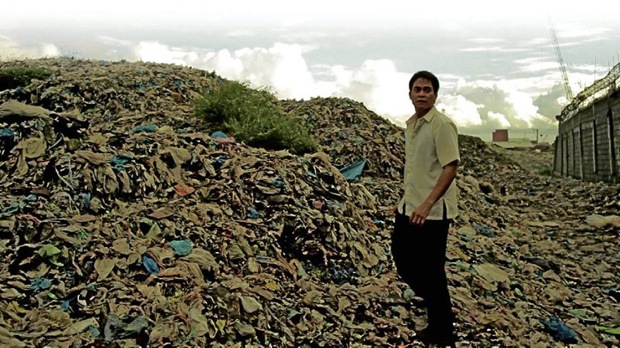 Ron Morales’ nifty second feature Graceland centers on Marlon Villar (Arnold Reyes), driver to corrupt senator Manuel Chango (Menggie Cobarrubias). The senator’s a pedophile with a penchant for underage hookers; Marlon — struggling to raise funds for an organ transplant for his ill wife — turns a blind eye. The two men’s daughters are friends, but when Marlon’s child is mistaken for the senator’s during a kidnapping, he has to lie his way into making sure the senator puts up the ransom funds. Running around Manila at the child-snatchers’ behest, Marlon and Morales take in a broad swath of pungent scenery — brothels, massive garbage mounds, shadowy unnamed alleyways — in a movie heavy on atmospheric flavor and lean B-movie thrills.

Morales is a Filipino-American filmmaker with degrees in photography from the Parsons School of Design and film from New York University, plus over 40 credits working as a grip and electrician, mostly on Hollywood fare. His 2008 feature debut Santa Mesa was also shot in the Philippines, following a boy who’s forced to move there at age 12 with no knowledge of his culture. The warm film played festivals but never made it to American theaters on a systematic basis. Leaner and considerably meaner, Graceland has been picked up by Drafthouse Films. Over the phone, Morales spoke about the challenges of filming his sophomore feature.

Filmmaker: You identify as Filipino-American. Where were you born and how much going back and forth have you done?

Morales: I was born in the Philippines. Out of three brothers, I’m the youngest, and I was the one who was always going back to the Philippines and kind of discovering and rediscovering my culture from a very early age — 6, 12, teenage years. I try to spend a month or two back home every year. Home is in Manila. Most of my family is in Manila, and I do have a lot of family in Bataan, which is a province just across Manila Bay.

Filmmaker: Your technical work was only on American films?

Morales: Only in the U.S. Most of my work has been on major motion pictures or lower-budget indie films.

Filmmaker: So what led you to start your career in the Philippines?

Morales: I wanted to get back to my culture and highlight what I loved about, and what I think is important to see in terms of, the Philippines. I noticed throughout the years, when I was younger, there was never really Filipino films even close to breaking through in the U.S. I wanted to bring that to light. There’s great talent and locations there and the culture’s very rich. It deserves to be seen and accepted into the U.S. market.

I have other screenplays that represent the Philippines in a much more beautiful light. This one in particular, I was interested in the darker side of the Philippines. It was something we could make and it was important subject matter that should be shown.

Filmmaker: In terms of Filipino “indie” films, coverage tends to focus on on filmmakers like Raya Martin and Lav Diaz, while there’s not a whole lot of knowledge about Filipino commercial filmmaking.

Morales: I know those guys, they do great work. I think we’re all trying to get the indie films out there to a broader audience. Maybe in Graceland it just feels like a slightly more commercial film because it’s a genre film, but we intentionally did that because we wanted for it to break out. I feel like it’s much harder because a lot of the films coming out of the Philippines are more mood pieces, more character studies, which is great and interesting but I feel it’s a very tough sell.

I think we’re not getting access to a lot of Filipino films that are coming out. Even the few that I’ve been fortunate enough to see on the festival circuit, they’re films that I would never have gotten the chance to see [in a theater]. We just need a chance to get to the U.S. market. A lot of distributors don’t want to take that chance, and we need them to take that chance.

Filmmaker: What were some of the challenges of shooting moving vehicles without many resources?

Morales: In my experience on major motion pictures, we had caravans of cars for driving shots, but we don’t have that there. We have the taxi, the van we’re using, and that’s it. I needed to be in the vehicle with the actors, so I jumped into the trunk with the sound mixer. We tried to get what we could with what we had. That was also a running joke, that we would never have to jump in the trunk of a moving car, but we had to do that several times.

The other challenge was crowd control. Manila is an overpopulated city as well, so everywhere you look, no matter what remote location you think you’re going to be at, there’s going to be at least a thousand people watching. It’s just the nature of shooting outside there. You go outside, people are on rooftops, on top of cars, wherever they can, just peeking at what’s going on.

Filmmaker: Did you try to incorporate them?

Morales: For the most part we couldn’t. In the first scenes, we invariably couldn’t use any of the people in the background. If we did, they would want compensation to be in the film. If we asked one person and then had everyone, we’d blow out the budget on the first day. And it’s just tough to control that kind of crowd. Some stuff it’s pretty easy to shoot with longer lenses, but for example the dump — there’s not supposed to be anyone there, yet we’ve got 300 people behind one of the mounds. A thousand people behind the camera, 300 people behind every mound. What could we do? We had to erase people in post.

There was some rough crowd control issues, but nothing really life-threatening. You did feel in some areas we were shooting in they didn’t want us there. Sometimes it just depends on which corner, which alleyway you’re in. Some people, they’re drunk, they just want to make trouble.

Morales: Most of the palette we tried to use is pretty monochromatic. We really didn’t do that much in post. We just desaturated a lot of scenes and that was kind of the link we wanted from the beginning. We wanted a kind of bleak outlook on events that happened on the film. There were things we probably enhanced, more so details like blood splatter or specifically some of the dark elements in a lot of the night scenes, just popping out, just popping out — the characters’ looks or faces. We were dealing with the Canon 5D, so we couldn’t do that much with it in post, but we did what we could.

Filmmaker: Has the film been released in the Philippines yet?

Morales: We did a small, limited release just for the Oscars submission. But that was only a week. We’re hoping to get a distributor again to hopefully re-release it in a more widespread way. There’s definitely some interest in seeing the film there.