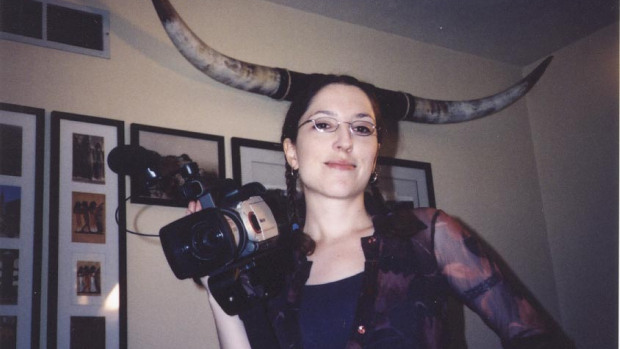 “Isn’t there some form of torture that involves death via a thousand small cuts?” The first sentence — indeed, the entirety of this latest edition of Letters from Blocked Filmmakers — is a heartbreaker. This week’s column makes me alternately want to shake its writer, Zoje Stage, and say, “C’mon, don’t give up,” and applaud the reasoned “I’m moving on” vibe that may lead her to a happier creative place.

Intended as her directorial debut, Zoje Stage’s The Machine Who Loved is a screenplay written to be realized on a low-budget, and over the course of six years it has attracted the interest of multiple producers as well as actors. But the stars have never quite aligned, and years of excitement and then dashed hopes have taken their toll. Stage’s letter here reminds us that sometimes it’s not just about writing a good script or finding a producer. Often those elements come together yet, sadly, the film still doesn’t get made. Stage tells her story below. — SM

Isn’t there some form of torture that involves death via a thousand small cuts? I’m pretty sure that’s what became of my filmmaking dreams – slow blood loss that eventually led to complete exsanguination.

In 2007 I wrote The Machine Who Loved intending it to be my first professional film as a writer/director. It was a very calculated project – with one main location and two dynamic leading roles. My idea was to write a script so good – and so simple to produce – that it could be made well on even a tiny budget. And almost immediately I started getting positive industry feedback.

Over the next couple of years my career momentum grew: In 2008 I won a Fellowship in Screenwriting from the New York Foundation for the Arts; in 2009 The Machine Who Loved won the Screenplay Live! screenwriting competition and I got to direct a staged reading of the script for the High Falls Film Festival. I started to get some press. The little interview I did for NYFA’s online newsletter attracted attention.

To date, I have had four would-be producers approach me and utter the words “I want to make your film” – plus interest from two production companies.

So where’s the movie?

One producer was just so much hot air. Another was passionate and well-meaning but utterly inexperienced. The third was a young and eager professional line producer who talked a good game. While working with him I attached two lower-tier name actors – one of whom even talked about pitching in 20% of our $500K budget. But nothing materialized, and when the young producer abandoned ship and told me to let him know when I’d financed the film, I realized that he was not ready to produce from the ground up.

By the time the fourth producer came along I was, admittedly, distrustful. I’d already learned that literally anyone could call himself a producer. But the fourth one was by far the most experienced person who had approached me. Though I had my doubts – because I wasn’t a fan of her previous films – I didn’t want to say no. Red flags were going up everywhere, but I just… didn’t… want… to say… No. My script appealed to her because, indeed, it was well-written and could be made professionally for a small amount of money. But she thought my artistic intentions were ludicrous, and came from a Hollywood mentality that seemed to believe that every desperate filmmaker will follow the carrot if you just pinned a dollar to it.

But she was for real. She found financing for the script. $2-3 million. She promised me I could direct. But there was a catch: the financial backer wanted changes to the script, but wouldn’t tell us the exact nature of the changes until AFTER we finalized the deal. The producer led me to believe the backer was interested in turning my sci-fi tinged drama into a romantic comedy.

I seriously considered it.

I’d been pursuing this project for four years by that point. This was a real deal. But it pained and worried me that working with this team would be a soul-crushing experience. I consulted with two filmmakers whom I greatly respect – Ramin Bahrani and Lars Knudsen. I wanted to make the kinds of films they were making, not what this So-Cal producer was offering. They both said the same thing: the first film you make will define you as a director.

I had to say no to the offer. I could not start out my professional career by taking it up the ass by someone who had no respect for my vision. The whole thing made me sick. It was a real possibility, and I could have said yes. But it felt so, so wrong.

A short time later, in a desperate state and ready to leave The Machine Who Loved behind, I asked the producer if she wanted to buy the script. She got super excited. I had already looked up WGA minimums for a spec script with a $2-3 million dollar budget. As much as it would hurt to lose the project I’d designed for myself, poverty and sickness was taking its toll: a $42K payday seemed like a good back up plan.

So why didn’t I sell the script?

I told the producer I’d only do a deal with her if she agreed to the WGA minimum – to which she retorted that she didn’t have to pay me that because I was not in the union. Then she offered me $500 for my screenplay. $500. I politely declined and she sent me hate mail for two days – until I finally blocked her email address.

After that, I took a break. I wrote other scripts. It had become clear to me that The Machine Who Loved was a project people wanted – but they wanted me to not direct, or they wanted to not pay me as a writer, or they were simply not the right producers. Last year I got into IFP’s Emerging Storytellers with a fresh script – but ironically, it was still The Machine Who Loved that ended up generating the most interest. Another potential producer – and possibly a good match. But the timing wasn’t right. He was excited, but his company was committed to other projects.

Three months after a personally victorious Independent Film Week, I decided to retire from film. (Can you call it “retirement” if 25 years of effort yield no professional results?) Five weeks into “retirement” the young producer reappeared, hot off of line producing a Sundance-winning film. And the project he wanted to make next? Yup, The Machine Who Loved.

So are we making the film?

A few weeks after the producer reappeared, the once lower-tier actor I’d attached reappeared as well. He, also, could not stop thinking about The Machine Who Loved. But there was a lot of bad blood. A lot of bad shit had gone down and the actor, especially, had behaved very unprofessionally (think: copyright infringement). He apologized profusely. I tried to do as Ben Affleck advised in his Oscar speech and not hold a grudge. But I couldn’t. This didn’t feel like a great reunion, it felt like being trapped in a whirlpool. On the one hand, it was incredibly flattering that people were so interested in my script. And the young producer insisted that the actor was big enough now that we could secure financing. But… I was already bleeding profusely.

So I walked away. And took my script with me.

It occurs to me on dark days that I may be the biggest asshole that ever lived to have turned down not one but two possibly viable avenues to becoming a professional writer/director. Did I have delusional ideas about having the perfect cast and the ideal collaborative relationships? Possibly. Was I run around in so many directions that I couldn’t see the forest through the trees? Possibly.

Maybe I was naïve. Maybe I was overly ambitious. Maybe I was foolish. Maybe I was cursed. Did I make mistakes? Yes. Did I do some things right? Yes. Do I have talent? I can hold my own. Did I work hard enough? I don’t know. Should I have made more sacrifices? Considering that I am now bereft of passion, I think it’s fair to say I gave it my all.

Onto other things,
Zoje Stage