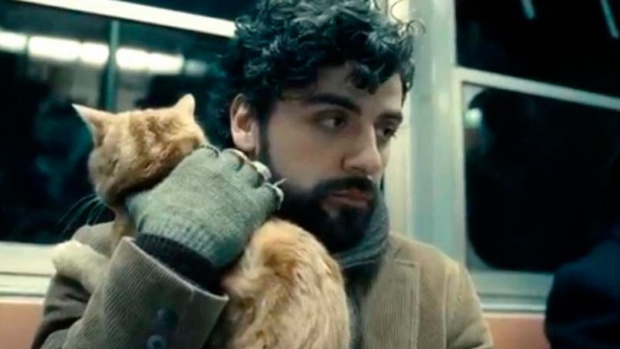 “I wanted to make something sacred and free,” says Alejandro Jorodowsky about his planned adapation of Frank Herbert’s science-fiction classic, Dune. Indeed, Dune will be more than just a movie, argue the director and his collaborators in Frank Pavich’s Jodorowsky’s Dune, a documentary that premiered Saturday in the Directors Fortnight section of the Cannes Film Festival. Says Jodorowsky in the film, “Dune will be the coming of a god.”

There are several documentaries about nightmare shoots and even unmade films — Lost in La Mancha comes to mind — but Jodorowsky’s Dune is the only documentary I can think of that focuses solely on a film’s development process. The picture is an entertaining movie geek “what if” that takes us back to a pre-Heaven’s Gate time in which such a wayward conception of pop movie blockbuster was not as inconceivable as it is today. When, following the success of Jodorowsky’s 1973 film The Holy Mountain, French producer Michel Seydoux asks the Chilean director what he’d like to do next, Jodorowsky replies,”Dune” — even though he’s never read the book. Soon the director is traveling the world, assembling an anomalous team of actors and collaborators he dubs his “spiritual warriors.” Actors will include Orson Welles, the surrealist artist Salvador Dali and Rolling Stones frontman Mick Jaggar. Dark Star‘s Dan O’Bannon will do the special effects, the French bandes dessinées great Mobius will do design along with H.R. Giger, and music will come from both Magma and Pink Floyd. Because the project, budgeted at $15 million, is so ambitious, Seydoux has Jodorowsky create a 600-page book of storyboards and visual designs to accompany the script, a package that is sent off to all the Hollywood studios in advance of the director’s trip to pitch the project in person. As you would have heard of such a wacked-out picture if it had ever been made, I’m not spoiling anything by noting that the quick finality of the film’s abandonment is one of Jodorowsky’s Dune‘s third-act jolts. 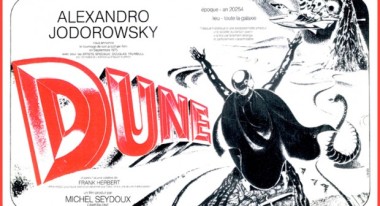 Jodorowsky’s expansive, loopy Dune is definitely one I would have seen, even, as depicted in the documentary, the picture promised to be something of a holy mess. (Confession: as a teenager I read just about every cult science fiction novel, and even then I found Herbert’s tale profoundly boring.) Pavich’s tale of its making, however, is a more bankable endeavor. Indeed, it is exceptionally canny programming here in Cannes as it simultaneously celebrates the purist ambitions of visionary filmmakers like Jodorowsky while ratifying the financial logic of the industry that routinely shuts them down. For producers trundling the hallways of the nearby Cannes Film Market, the film is a master class in how not to rehearse directors for financier meetings. (Star Wars producer Gary Kurtz provides dry commentary throughout the film; after Jodorowsky responds to a Hollywood executive asking about the film’s length by saying it might be as long as 20 hours, Kurtz suggests that perhaps Seydoux might have prepped the director a bit better.)

“I don’t see a lot of money here.” That’s music impresario Bud Grossman (F. Murray Abraham) to another struggling artist, folk singer Llewyn Davis (Oscar Isaac) in the Coen Brothers’ sublime new Inside Llewyn Davis, premiering here in Competition. Both soulful and astringent in its depiction of the creative life, Inside Llewyn Davis is a lovely, deeply resonant film by filmmakers at the top of their game. A second-tier musician in Greenwich Village’s early ’60s folk scene, Davis stitches together a life through session work, monthly gigs at the Gaslight Cafe, and couchsurfing at homes ranging from the apartment of fellow folkies, husband-and-wife duo Jeanne and Jim Berkey (Carey Mulligan and Justin Timberlake), to the posh Morningside Heights digs of a professorial Columbia University couple who love to introduce Llewyn at their dinner parties as their “folk singer friend.”

Inside Llewyn Davis takes place over just a few days, following the singer as he’s befallen by a series of unfortunate events, ranging from a lost cat and Grossman’s sober dismissal of his commercial viability to Jeanne’s unplanned pregnancy. (The baby may or may not be Llewyn’s, and given that probability she opts for an abortion, which Llewyn scrambles to pay for.) Taken together, these travails cause Llewyn to question not the worth of his art but the likelihood — and his need for — a wider public’s appreciation of it.

As in the Coen’s A Simple Man, the series of mishaps that affect Davis — and the world weary singer’s refusal to go down for the final count — give the film a kind of quiet grandeur. And then, of course, there are the Coens’ typical dark humor and absurdist flourishes, although here they are tempered by Isaac’s beautifully layered performance and the bittersweet emotions of the film’s score, a collection of folk songs exquisitely curated and arranged by T. Bone Burnett and well covered by the film’s cast. The film’s screenplay is a marvel of construction, with a range of set-ups, large and small, paid off in consistently surprising and rewarding ways. Tiny events early on achieve enormous emotional rewards later, while a large mid-point plot twist that would dominate the second half of any other film is dispensed with in a melancholy, blink-or-you’ll-miss-it moment.

“Everybody knows me — the problem is, nobody cares.” That’s not Llewyn Davis but a young filmmaker who relayed to me her experience meeting a multitude of Bud Grossmans as she shopped a new project here at the Cannes Film Market this week. Later, an industry friend opened a conversation with me with the cheery salute, “It’s been a while since I’ve seen you — wasn’t it back when I was screwing you over on that deal?” In a soggy environment that can tax even the most optimistic of cinematic travelers, the crushed but still vivid dreams of Alejandro Jodorowsky — dreams that live on in the influence of the film’s storyboards on successive generations of directors — and the enduring struggles of Llewyn Davis are tonics of a sort. I suppose most producers here would dub Jodorowsky “out of control” as he promises Dali that he’ll be the highest paid actor of all time and agrees to fly in the chef of Orson Welles’ favorite restaurant to cook the star dinner every night. And, I’m sure there are some who would simply call the self-absorbed Llewyn Davis a shit, just as a fuming Jeanne does in a very funny performance by Carey Mulligan. But here in Cannes they are both heroes and role models for all those, rain-soaked hats in hand, traipsing the Croisette in the service of their dreams.