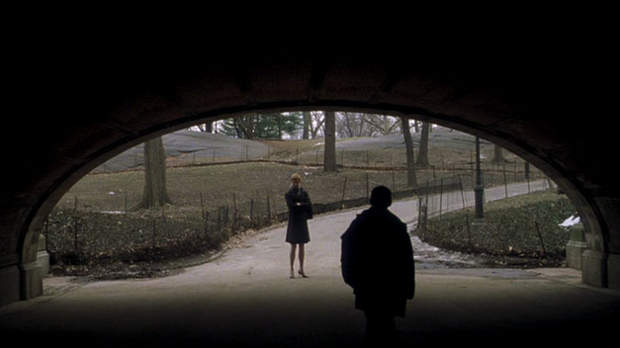 by Scott Macaulay
in Cinematography, Festivals & Events, Filmmaking
on Jun 5, 2013

A Savides shot is often characterized by a sensitivity to design and the striking mutability of light, and a special attention to the actor’s place in the composition. The films in this special tribute represent the wide range of his work, and the many directors who chose his camera to reflect their most personal stories.

The series opens with Jonathan Glazer’s Birth, which was the film concentrated on by Zach Wigon in Filmmaker‘s remembrance of Savides, “The Toenail of the Curve.” Wrote Wigon:

Birth wasn’t just beautifully shot – it was, in fact, a fantastic film, a Kubrick-esque portrait of a woman teetering on the edge of sanity that never lost its grip on this viewer, not even for a frame. Savides shot many other great films, most notably (with respect to cinematography) Gus Van Sant’s death trilogy, David Fincher’s Zodiac, and two films by Noah Baumbach (Margot at the Wedding and Greenberg). For the death trilogy (Gerry, Last Days and Elephant), Savides put together some of the most stunning long takes cinema has seen this side of Bela Tarr; there are some inside to outside Steadicam shots in Elephant that contain virtuoso aperture racks. His work on Zodiac was vivid and compelling at a moment when the worm was beginning to really turn toward HD formats, but the so-called “Death of Film” had not quite been proclaimed. And his work with Noah Baumbach, especially on Margot at the Wedding, achieved a brownish dark-in-the-daytime ’70s offbeat-drama effect, suffusing that film with a sense of melancholy and wistfulness.