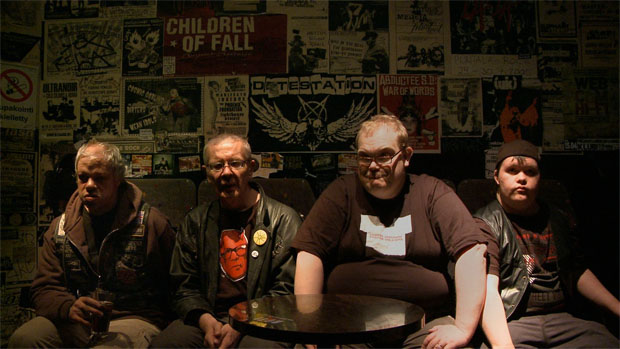 It’s not very punk to admit this, but out of all the films I’ve seen this year, the one that has activated my tearducts most often is The Punk Syndrome, directed by Jukka Kärkkäinen and Jani-Petteri Passi. The documentary details the rise of Finnish punk band Pertti Kurikan Nimipäivät (Pertti Kurikka’s Name Day), which has four members: Pertti, Kari, Toni, and Sami, all of whom are mentally handicapped. As we witness the band members grapple both with the pressures of rising fame and the pressures of the everyday condition, this spare documentary gathers an undeniable emotional power. The directors, relative vets of the Finnish documentary scene, are reaching new heights with this latest film, which won a SXSW audience award earlier this year. Meanwhile, partly in thanks to the film, Pertti Kurikan Nimipäivät is gaining new fans throughout the world. Fittingly, this round of five questions is a team effort, with the two directors each fielding a couple questions, and the final one reserved for the band. The film is being released today on cable VOD (inDemand, Vubiquity), and iVOD.

Filmmaker: How did you become aware of this story? At what point did you decide that you wanted to make a documentary about the band?

Kärkkäinen: It all started in 2009 when the television news introduced Pertti Kurikan Nimipäivät, a punk band formed by four mentally handicapped people. The joy and the energy they transmitted to me was like tar that wouldn’t wash off. I immediately thought I’d like to make a film about them. Then I and J-P were in Belgrade at a film festival. We drank a lot there. One morning we were at the hotel lobby. We were sitting with huge hangovers. Only thing that comes to my mind is those guys from the band. I ask J-P, “Shall we make a film about them?” His answer is “No.” Soon after that, “Yes.” Falling in love had begun.

Filmmaker: One word I’d use to describe the filmmaking aesthetic is “immersive.” Your lack of voiceover and raw, candid approach made me feel like I was hanging out with the band. What was the thinking behind these creative decisions?

Passi: We never thought of having voiceover in the film, and we also tried to minimize the interviews and use them only to share emotions, not the information. Maybe explaining narration is more for informative journalistic documentaries and we never thought this film would be like that.

The reason for the film being immersive might be that the characters were so great and easy to approach that we associated with them and could be kind of “part of the group”. That way we didn’t have to hide and observe in the corner but we could be among them, and hang out with them as you felt. 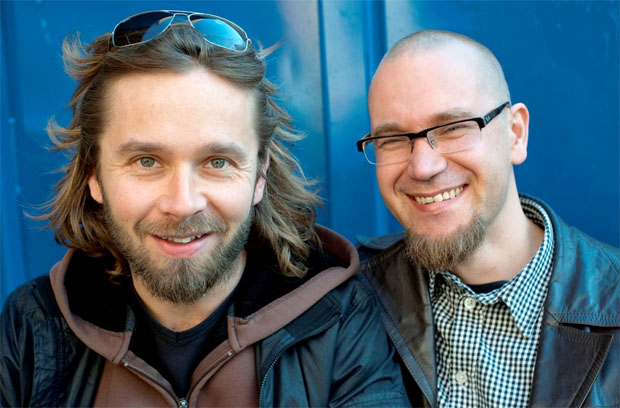 Filmmaker: How did the experience of filming this documentary change you as a person?

Kärkkäinen: Not much. But if it has changed us, the answer is that we are happier. At least when we are with them. Those men are so fantastic and mysterious. There is so much to learn from them.

Filmmaker: The band members seemed extremely comfortable in front of the camera, often allowing you to film them even when they’d let down their guard. How was it filming the band members compared to filming subjects for your other documentaries?

Passi: We have had some very open characters before, but never this kind of combination of people who produce such interesting and comprehensive drama, don’t hide their emotions and let us get close so easily.

Filmmaker: For the band: What is your favorite song that you play and why?

Kari: “Asuntolaelämää.” It stands against the damn fucking group home I live in.

Toni: “En viihdy kotona.” It’s a good song. It must be fast.

Sami: “Mä vihaan maailmaa.” I get a good feeling playing that. It always feels that during that song the audience gets really mad!

Pertti: “Kuus kuppia kahvia.” People drink a lot of coffee. I like to play it because I like to.