“The Past is Never Past,” but the Faulkner/Midnight in Paris Lawsuit Is. 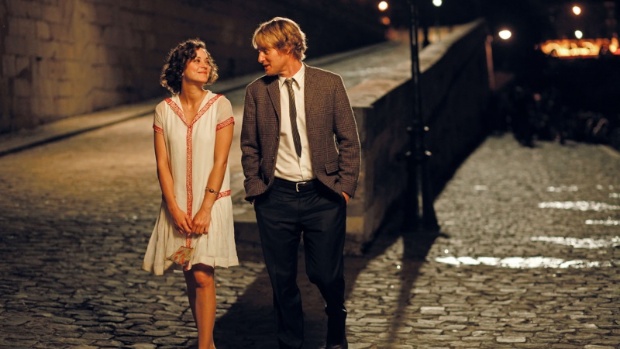 by Scott Macaulay
in Filmmaking, Production
on Jul 24, 2013

One of the most vexing and unanticipated problems facing independent filmmakers involves realizing that brief, seemingly incidental references — a song lyric, the quoting of a movie character, or referencing a line from a novel — are actually copyrighted materials requiring clearance. Yes, there is what’s known as Fair Use — a doctrine allowing selective quotation of copyrighted works. But Fair Use is most often used in documentary and less so in fiction works. But a recent court ruling involving a William Faulkner line quoted in Woody Allen’s Midnight in Paris offers hope to filmmakers.

This problem of quote clearance was one felt by 25 New Face Scott Blake when a Ridley Scott-sponsored YouTube video contest asked him to clear a Cormac McCarthy line he included at the head of his short film, The Surveyor, simply as a respectful tip of the hat. From my 25 New Face profile:

Blake, 26, a University of Washington English major with no film training, spent two years making the 25-minute short. When it was finished, he submitted it to Ridley Scott’s YouTube short film contest. It made the initial cut, but then, says Blake, got disqualified. “I included a quote in the beginning from Cormac McCarthy, and they wanted me to get permission from him to use it,” he explains. Blake tried to engage McCarthy through his agent but failed. Disappointed, Blake premiered the short at the Tacoma Film Festival in October 2012, but since then, he says, “it just died.”

My legal skills are strictly amateur ones, so I don’t know how much of a precedent has been set by Sony Pictures’ recent victory over the William Faulkner estate regarding use of a William Faulkner quote in Woody Allen’s Midnight in Paris. There are similarities as well as a key difference: Blake directly quotes McCarthy via text on screen while, in Allen’s film, it’s Luke Wilson’s character who utters the line, paraphrasing it and turning it into a joke in the process. At the least, however, the ruling should embolden producers and distributors of fiction films to rely on Fair Use rather than force filmmakers like Blake to undergo difficult and costly clearance procedures.

After reading the book and watching the film at issue, the U.S. District Court for the Northern District of Mississippi granted Sony Picture Classics Inc.’s (“Sony”) motion to dismiss Faulkner Literary Rights, LLC’s (“Faulkner”) copyright infringement action based on a paraphrase of a nine word quote from a William Faulkner’s work in the Woody Allen film Midnight in Paris (“Midnight”). The court easily found the use of a single line literary quote as part of the film’s dialogue transformative and a fair use.

The original quote at issue, said by a character in Faulkner’s Requiem for a Nun (“Requiem”) is “The past is never dead. It’s not even past.” In Midnight, Owen Wilson’s character Gil Pender, having returned back to the present day after time traveling to 1890s and 1920s Paris, states “The past is not dead. Actually, it’s not even past. You know who said that? Faulkner, and he was right. And I met him too. I ran into him at a dinner party.”

As the newsletter reports explains, the court used various criteria, including the purpose of the quotation and its size in relation to the original work, to make its decision.

The court’s decision here is a victory for Sony and for common sense. Few reasonable people would consider that a single line quote that is both reverential of its source and attributed, should constitute copyright infringement in a motion picture. In addition, the court’s statement under its Lanham claim analysis that the use of a celebrity name in an artistic work does not constitute deception will provide reassurance to a large number of creators across old and new media that make use of literary reference in an expressive work.

For the complete details, read Simon Pulman’s piece in the CDAS newsletter.