Pattern Recognition: Havana Marking on Smash and Grab: The Story of the Pink Panthers 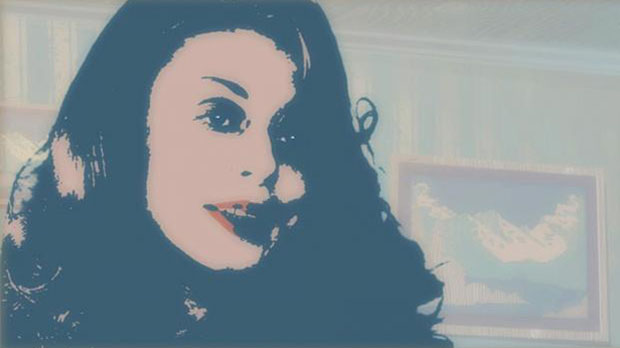 Smash and Grab: The Story of the Pink Panthers

by Brandon Harris
in Directors, Interviews
on Aug 3, 2013

Havana Marking, Smash and Grab: The Story of the Pink Panthers

Last Sunday, the most lucrative jewelry theft in world history was pulled off by a lone gunman at Cannes’ posh Carlton Hotel, the same one featured in Hitchcock’s classic light thriller To Catch a Thief. It was the fourth such high-profile jewelry heist in just the past few months. Although the most recent heist was pulled off by a lone gunman, it is highly unlikely that he acted without a team, one which worked for months if not years casing the venue, sizing up the security and concocting a reasoned and accomplishable scheme.

Fitting then this week that British documentarian Havana Marking, director of Afghan Star, which took home the World Documentary audience award at Sundance in 2009, is back with Smash and Grab: The Story of the Pink Panthers. A gripping look at the notorious Belgrade, Serbia-based criminal gang, the film plays like a luxurious jet-setting thriller as Marking darts from Switzerland to Dubai to the Balkans to unweave a tale of high end criminal intrigue. Trading mainly in stolen diamonds, the gang — which numbers in the hundreds — formed out of the ashes of a decimated, economically and culturally broken former Yugoslavia, where lawlessness was the only order on hand and where smart young people with few opportunities had little other to turn to than crime to get by. To Marking’s great credit, she prioritizes this social history, giving context to the not-so-glamourous life of high-stakes crime that her characters lead.

High octane and incredibly stylish, the film is half animated In Waking Life fashion; talking heads interviews with several key members of the Pink Panthers are animated over using rotoscoping in order to protect the identities of the subjects. Marking intercuts this footage with incredible archival material to great effect. Both the Panthers most incredible heists (including one where they drove a pair of cars straight into an Abu Dhabi shopping mall) and contextual footage of Yugoslavia, from the last days of Yugoslavian strongman Tito through the horrors of the Bosnian War and the rise of Milosevic, only serve to highlight the remarkable lives of these individuals, however dubious their crimes.

Smash and Grab: The Story of the Pink Panthers is playing now at Film Forum. 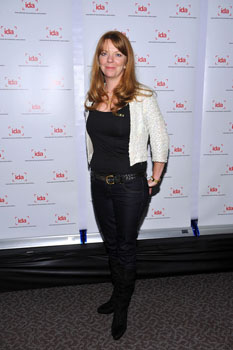 Filmmaker: Did you first hear of the Pink Panthers through David Samuels’ 2010 profile of the criminal outfit in The New Yorker?

Marking: I had heard of them because they did a huge robbery in London in 2003, but I hadn’t ever understood the background and context and that’s what David Samuels got so right in that piece. It was then that I found this absolutely fascinating. Obviously it’s a film about diamond thieves, it’s a film about the diamond trade and it’s a film about a contemporary criminal network. It’s also a fascinating story of the Balkans and what happened after the breakdown of Yugoslavia, which is something I never really understood before. Now is the time to start to go back and understand what its real implications are and what the long term effects were.

Filmmaker: What do you think those implications are and how specifically do they relate to the story of how the Pink Panthers began? Failed states often begat this kind of criminality.

Marking: First and foremost, the Milosevic government of Serbia deliberately criminalized the state. They stole the money and ruled the streets. The interesting thing from an international perspective is the effect of the UN sanctions. In 1992 those sanctions were put in place. That was the point where it changed from petty crime to global, international crime. That was the moment when the only people who were going to do well from that point on were the criminals. That’s a very interesting thing to see in the long term. It definitely contributed to ending the conflict and that can only be a good thing but in the long term the effects are still being felt and it’s not just criminal gangs like the Panthers. There are plenty of gangs in Serbia: sex trade, arms trade, drugs trade, etc.

Filmmaker: I’m sure you didn’t immediately think you’d get access to the Panthers. How did you initially conceive of making this film once you had decided upon it?

Marking: I didn’t think I would get the kind of access I got or as much access as I got. In fact, it wasn’t until the last minute that they agreed. [Mike, one of the main interview subjects] in fact initially rang us and said, “I want to be in your film.” It was a sort of setting the record straight thing for them. That was an amazing thing, to get the full story. We’ve got three Panthers and a courier in the film. I never believed that I’d get that.

The film is incredibly stylized and the use of certain stylistic conceits, such as the use of animation, that was something that developed as well from those initial interviews. I didn’t quite know how I was going to do it until I had some of my first conversations with the Panthers.

Filmmaker: Had you worked in the world of animation at all before? It’s certainly highly unusual for documentarians. The only thing I can think of as a sort of analog would be Ari Folman’s Waltz with Bashir.

Marking: It was wonderfully creative. It was a really wonderful partnership with an animation house in London called Sherbet and an animation artist named Tony Comly. Between us all we created this new style really. I think these things, they come from the subject matter. I did these interviews, I did them in certain locations, I did them in certain ways, and the style somehow fitted with the people. I always knew that I saw this project not necessarily as a documentary but as a continuation of the film noir genre. I always knew this story had all the hallmarks of a noir film and I wanted it to look like a noir film as well. It’s interesting, the way that the noir genre has been continuing is actually in the graphic novel and in films like Sin City. I took those as inspiration.

Filmmaker: Was it difficult, integrating the live action with the animation in this documentary context?

Marking: In a way, it was really strict. The nature of animation is such that you have to be really clean and strict about what’s going to go into the film and what’s not. We can’t spend several days and significant amounts of money animating 30 seconds of the film and then not use it, now can we? There was a discipline right from the start. It was a really interesting process, one I hadn’t experienced before. Usually with documentaries, that’s not how you expect things are going to go and how things are going to turn out, that strict and clean. It was an experiment for all of us, mixing animation with proper film, HD, interviews with policemen, mixing up with the CCTV, mixing up with the archive. We wanted that to be a real feature of the movie, to make it an incredibly rich and textured experience. We use footage that is absolutely beautifully shot and we use footage from a mobile phone that couldn’t be uglier. I think if you’re going to use mixed media, you really have to go for it. I think it works. I hope it works. The choice of animation, the use of rotoscope, it adds a human element that isn’t there in more tradition forms of animation.

Filmmaker: Was it ever a conflict, interviewing both internationally wanted criminals and the law enforcement officials on three continents who are seeking them out?

Marking: Well, that was very interesting. I was surprised in a way, once I got the trust of various people, it became incredibly easy and I’d go and visit them, always in safe places. I’d go and have a meeting with the people from Interpol and I’d tell them, “I’m going to be interviewing members of the Panthers,” and  vice versa I’d tell the Panthers, “I’m going to go interview someone from Interpol as well.” There was never a moment where I was paranoid, even if it was like, “Surely someone has to be following me at this point. But no one did.” What I think it is is that actually everyone knows. These towns in Serbia outside of Belgrade are very small places. Most people are kind of known. Do you have the absolute evidence to take someone to court. That’s something I discussed very strongly with the Panthers, about how we’d talk in general terms. They would talk about a robbery, but they’d never say it was on that day at that place. We were kind of able to keep it in general terms and in a way I was much more interested in the psychological and emotional impact of what it was like to be a Panther and the specific Xs and Ys of the job.

Filmmaker: Have the members of the Panthers that you interviewed seen the film and if so how have they reacted?

Marking: Mike has and I know that he really liked it. He looks slightly younger in the animation than he does in real life and he was amused by that.

Filmmaker: Do you think they’ll be caught?

Marking: I don’t think the people that I interviewed will be caught. Unless something else happens, unless they do something else to incriminate themselves, but I don’t think they’ll be caught. They’re trying to retire for starters. If Mike finds himself in a situation where he’s got no money and no other way of making money, that might be a problem, but they’re feeling the heat and trying hard to get out. And rightly so; Interpol and the local police agencies throughout Europe have done amazingly well at catching them. In fact, since the film finished there have been way more arrests. There were 57 arrests just last year. That’s a huge number of people to arrest from one gang. Anyway, I’m not saying, “They’re so good they won’t be caught” — clearly they’re arresting a lot of people — but I don’t think they’ll ever catch the people in my film. I hope so.

Filmmaker: You seem to sympathize with them in a way. That’s an interesting aspect of the film. It spends so much energy giving us a context for this kind of criminality that we kind of understand what motivates them. How did you our understanding of the societal forces that underpin so much crime change during the course of making the film?

Marking: It’s interesting, isn’t it? I tried really hard not to fall into the trap of glamorizing the gentleman thief. It sets up at the beginning like it’s going to be the real life story of something from a heist or noir film, but I hope that by the end the audience realizes that this is not a glamourous lifestyle. There are very dark and horrible connections to be drawn from it. I have to say I do genuinely like Mike and Lela, the two main characters. I like them, I got on with them, as people, they’re funny, interesting and very sad people, Lela especially. I think she’s sad, I don’t think her life has gone the way she imagined it would. But I also think that nothing happens by coincidence. Criminality doesn’t just come from nowhere. There are reasons for it. I think to understand those reasons are very important. I think that there are a whole series of reasons, historical reasons, geographical reasons, that meant that it was that time and that place where this sort of thing would take place.