In the Age of Digital Disruption, What is a Movie? 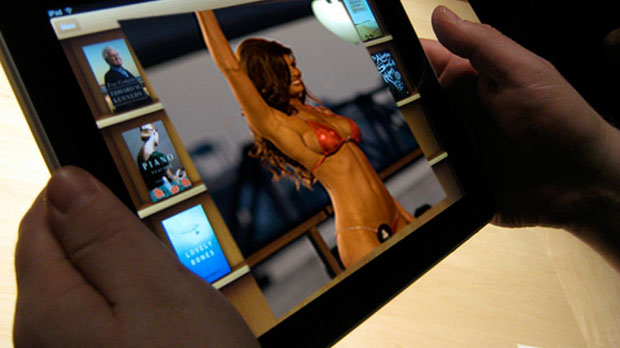 by David Rosen
in Distribution, Filmmaking
on Aug 9, 2013

What is a movie or a TV program? Is it the creative message, the story, or the medium of distribution, whether movie theater of living room TV set? Is a movie the once-upon-a-time full-motion b&w and color images of The Wizard of Oz or the grand panorama of Lawrence of Arabia – or is it the stories they tell? Is a TV show the grainy images distributed through a broadcast or cable system and displayed on a tiny living-room set shows – or is Edward R. Murrow, I Love Lucy or Elvis on The Ed Sullivan Show?

When is a movie no longer a film and TV no longer TV but video? For more than a half-century, the two dimensions of mass-media visual storytelling – to recall Marshall McLuhan, the medium and the message – have been inseparable. Once upon a time, movies and TV programs were indistinguishable from how they were experienced, whether on a theater screen or a home set. Those days are ending.

The current media revolution is distinguished by affordable digital, broadband mobile communications. It finally separates the device and venue in which one watches, the medium, from the programming, the content, the message.

The Supreme Court’s famous 1984 Sony decision gave home video owners the right to copy broadcast TV programming. This was the first major break between content and display, the message and the medium. People could now view, experience, a program at their own leisure, not bound by a programmer’s predetermined schedule. A quarter-century of digital technological innovation has only further reframed this experience. It has shifted media experience from a more public to an increasingly more private experience.

For filmmakers, the difference between a “film” and a “movie” has never been more critical. Traditionally, “film” denoted a medium like 35mm stock screened in a theater while “movie” suggested the content or programming like a narrative storyline running 90 minutes and with sound and color.

It appears that more and more movies are being released online. While no definitive total of online releases seems available, an increasing number of websites – from Netflix to innumerable specialty sites – suggest the vast number of available movies. Further insight into this phenomenon is suggested by comparing MPAA theatrical releases and features submitted to the Sundance festival. The MPAA reports that between 2003 and 2012, the total number of movies released in theaters dropped 23 percent (from 939 to 726), with studio releases falling by more than half (52%). One would think that movie production was down. However, over the same period, Sundance feature (non-shorts) submissions nearly doubled from 2,023 (2003) to 4,042 (2012). One can only imagine that a growing number of these submissions are finding online distribution.

The latest changes in adult media viewing habits will further differentiate a film from a movie. “Average time spent with digital media per day will surpass TV viewing time for the first time this year,” announced a recent report from eMarketer.

The surge in digital media consumption is driven by the rapid adoption of mobile devices – smartphones, tablets and “feature” phones. eMarketer found that “adults will spend an average of 2 hours and 21 minutes per day on nonvoice mobile activities.” In addition, it argues, “multitasking helps to contribute to the increase in the overall time people spend with media each day.”

Perhaps more revealing, adults are increasing their overall consumption of media in all forms, including online and wireless digital, TV viewing, radio listening and print reading. eMarketer estimates that in 2013, average adult media consumption will total 11 hours and 52 minutes, up from 10 hours and 46 minutes in 2010; however, off-line radio and print consumption are falling precipitously.

The company says it “analyzed more than 400 data points collected from more than 40 research institutions.” These sources include audience measurement companies, industry associations, academic institutions, major online media platforms and other research firms. Its findings include PC use at work as well as its estimate that “some 20% [of American adults] … still don’t use the internet.”

As digital disruption continues to remake the media landscape, a new viewing experience will take shape. It will be determined by interactive, mobile devices that – like the movie theater and TV set before it – will further redefine the definition and experience of viewing a movie.

For makers, the challenge is not simply making a movie – and paying back one’s investors. To do this, one has to make sure as many people see it as possible. This challenge is intensified as movie distribution is undergoing a major technological shift. The DVD is dying; movie theater tickets sales are stalled; and cable cord-cutting is increasing.

For makers, the real challenge is how to create a real “movie” – 90 minutes-plus with audio & color and some form of storyline or coherence – for the new video medium of handheld mobile devices, a medium that invites interactive multitasking, social engagement, but also greater emphasis on a new aesthetic with faster cuts and tighter close-ups.