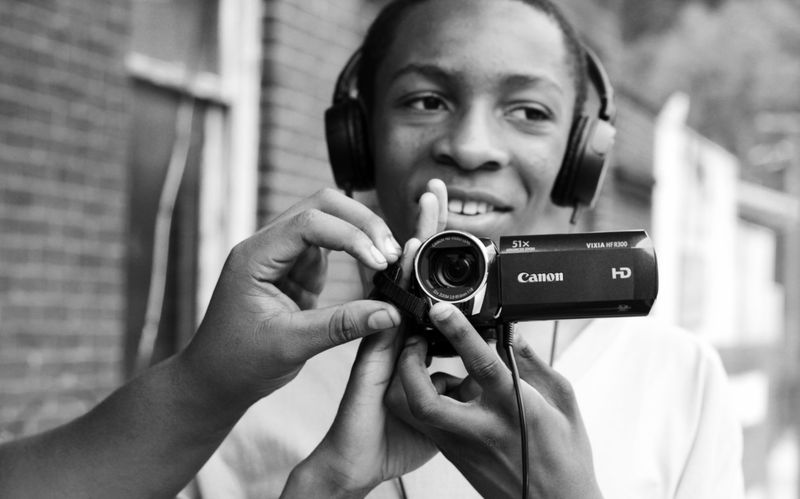 by Sarah Salovaara
in Festivals & Events, Filmmaking, Transmedia
on Sep 5, 2013

A typically storied showcase, the New York Film Festival embraced the future of film in its 50th edition with the creation of Convergence, a sidebar dedicated to transmedia and interactive storytelling. Last week, the program announced its sophomore slate, which will examine the intersections of technology, content, and audience collaboration across its three categories: Experiences, Panels and Keystone Presentations.

Panels will investigate the role of transmedia in documentaries, and the seeming necessity of streaming platforms for TV’s premium outlets, among other hot buttons. Filmmaker spoke with co-programmer Matt Bolish about this year’s selections, the joint evolution of the field and audience, and why transmedia is getting the platform it deserves. Convergence will run from September 28-30 at the Elinor Bunin Munroe Film Center and Walter Reade Theater, and you can view the full line-up here.

Filmmaker: Convergence debuted at last year’s NYFF, and you were largely instrumental in its inception. Can you speak about its genesis, timeliness, and aims as a program? What — if anything — would you liken it to?

Bolish: We launched Convergence as a full-blown sidebar during the 50th New York Film Festival. It grew out of a series of year-round events and collaborations spearheaded by Eugene Hernandez, our director of digital strategy, and myself. From the outset, our goal with NYFF Convergence has been to offer audiences the chance to experience amazing interactive work first hand. Art can’t develop in a vacuum and if we want to help this emerging form gain critical definition it means introducing it to people, allowing our festival audience the chance to play with it. Convergence is a little bit laboratory, a little bit theater, a little bit classroom.

Filmmaker: When most people think new media platforms, the first thing that comes to mind is often distribution. Convergence showcases a world beyond that, of hybrid video games, social networks, interactive, and ultimately, truly collaborative filmmaking. What technological advances have been made since last year’s program? Have some areas evolved more than others?

Bolish: There have been some amazing advances in the tech driving immersive programming; I look at projects like Hollow and Charlie Victor Romeo and marvel at how they are innovating the audience experience. But for my money, the biggest advances in the field from one year to the next have been in how audiences are reacting to the work: people are starting to explore new and exciting storyworlds, worlds that couldn’t have existed five or ten years ago. Projects like The Cosmonaut or Empire couldn’t be built or thrive without buy in from audiences who are willing to cast aside the previously accepted “passive viewer” paradigm, and get their hands dirty. The community has made great advances in spreading the word, but that remains our biggest potential area for growth.

Filmmaker: What do you look for in curating the films? Is invention at the forefront?

Bolish: First and foremost, we look for good stories. I’ve had the chance to kick the tires and there are a lot of very interesting platforms that are innovative, flashy, and so new I guess I’d call them “bleeding edge,” but they are only as good as the stories told on them. For Convergence, it’s about finding that perfect marriage of story and technology; when it’s done right, you just know in your gut, “this is something the world needs to know about!”

Filmmaker: A trend I’ve noticed in this year’s programming is historical events re-imagined or revisited through modern technologies. For instance, The Cosmonaut, and Captain Ahab’s Motorcycle Club, which is set in the Civil War. How essential do you find the past in the shaping of the future, particularly as it relates to film?

Bolish: I think it’s vitally important. We have to appreciate where we’ve been in order to understand where we are and — one hopes — how to chart a path into the future that makes some sense. I think we are only just starting to realize the full potential of interactive or immersive filmmaking as a tool for educating people. It’s one thing to sit back and watch a well made film on the history of “X,” but it is altogether different to create an environment where the viewer can manipulate the story, can dig deeper into what they care about. That changes the relationship with the material in some significant ways.