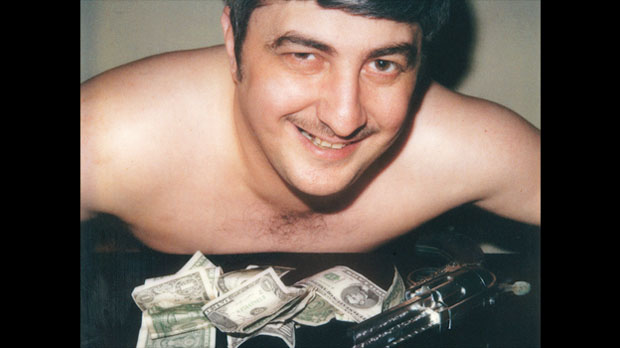 The real-life incident of a man robbing a bank to fund his lover’s sex-change operation was immortalized in Sidney Lumet’s 1975 classic Dog Day Afternoon, with Al Pacino winning an Oscar nod for his fine performance as Sonny Wortzik. However the true story of John Wojtowicz — the man on whom Wortzik was based — remains all but unknown. The remarkable tale of that robbery and of Wojtowicz’s life after he emerged from prison is chronicled in Allison Berg & Frank Keraudren’s documentary The Dog, which the pair shot over the course of over a decade, starting in 2002. It has its world premiere at the Toronto International Film Festival on September 7 (go to the TIFF website for more details), and Filmmaker interviewed both directors over email about the film.

Filmmaker: When did you first become aware of the real-life story behind Dog Day Afternoon? And when did you decide to make a documentary about John Woltowicz?

Berg: We watched Dog Day Afternoon one night in 2001 or 2002 (hard to remember exactly after all these years); this was a favorite film of both of ours but we hadn’t seen it in awhile. At the end of the movie, there’s a card that says something about John (the real bank robber) being sentenced to 20 years in prison. I’m not really sure how we added 10 years to that number but for whatever reason, we thought he was getting out of prison in a year. Being filmmakers, we immediately got hooked on the idea of finding the real-life bank robber, perhaps making contact as he’s getting ready to get out of prison. We started looking online and it didn’t take long for us to realize how off-base we were — The Dog had been out of prison since 1978! We found some articles about John (his full name is John Wojtowicz but we’re used to calling him “The Dog”), a bit about his life after prison and we remained intrigued. Then we found the telephone number for his mom Theresa, called and she said she’d pass a message along to her son. He called us several hours later that night — at about 2am. After a marathon conversation lasting hours, we were pretty sure that we were on to something special.

Keraudren: The first time we met John Wojtowicz was at a diner. It was like hitting the ground running: he was manic, funny, very open, kind of scary, and we talked for hours. We went to three different restaurants, I believe. And John never stopped talking and eating, and showing us photos and telling us wild and fascinating things about his life. When we went home that night, we knew that there was something to be filmed and that it was much more than just the story behind Dog Day Afternoon.

Filmmaker: When you started shooting in 2002, did you anticipate that it might be such a long process?

Berg: No way! The plan was to shoot for a year. We had absolutely no idea what a journey this would be, not only in the length of time we took to make the film, but also the close relationships we formed with The Dog, his mother Terry, and some of the other people we filmed for the movie and the various experiences we all went through during the making of this film. I don’t know if I would’ve signed on to this roller coaster ride all those years ago if I knew absolutely everything that lay ahead but now I’ve got no regrets. We’re very proud of this film and look upon the past decade of our lives with a bit of wonder ourselves. We were determined to finish but it certainly wasn’t easy.

Keraudren: I think with any film, you never really realize how long it’s actually going to take. I would say that with this one, if we had known, we would’ve never started. Nobody in their right mind would. But that’s how it goes; you start something and then you get far enough into it and realize that you really have to finish it. When you’re financing the film yourself, as we were, and putting everything you can into it, the pressure to keep going builds pretty fast.

Ultimately, though, we would’ve never been able to make the film that we made if it had been done over the course of a month or a year. What really kept us going was the relationships that developed, the events that ensued and the fact that it became part of our life. The film itself wasn’t always on the agenda. It was always there, but sometimes life took over.

Filmmaker: How did the film and your vision of what it might be change over the course of your long shoot?

Berg: It actually became a good thing that we filmed for longer than initially planned. The Dog is a great personality, an amazing character — that you find out immediately. But there were important parts of his personal life that he kept very private (like most great storytellers) and it was only with time that he began opening up to us, giving more than the answers and stories he would tell just anyone. We had to earn that over time. The Dog’s mother Terry is also a huge part of our film and we grew very close to her. Terry had never talked to anyone about what she had gone through in her life and after she got to know us, she actually enjoyed telling us the stories of her past. We believe that sense of intimacy comes through in the film.

Keraudren: In the beginning, we probably intended to make something that was much more of a verite film, and we did shoot a lot of present day material that is not in the film. But there was always the fact that the story of the robbery and of most of the Dog’s life was being told in the past tense. And as we searched for the archival footage, photos and mementos that we needed to illustrate it, we kept finding more and more material. It was a long process and it took years to find some of the things that we found. I think in the end one of our big problems is that we had so much story to tell, and so much material to illustrate it, that the balance was tipped a little.   Ultimately, you also have to be open to let the film reveal itself to you, and that’s often very different than what you had imagined.

Filmmaker: Can you describe the way that you work together as a directing team? Do you both have very clear roles and areas of expertise?

Berg: We work very closely, there’s not one aspect of making the film that only one of us has a hand in. But that being said, Frank is an amazing editor and has a true talent with pacing, music and has a real integrity to his storytelling. Other than that, it was more a case of working together, figuring out what the film was going to be, doing all the shoots together and working in the edit room. In terms of our real life, we spent a lot of time with The Dog and his mother without any cameras around. We would often go together but during all of these years making the film, we were both always working on other projects (we both work in TV and film — I actually just counted and I worked on 12 other projects during the making of this movie including finishing the edit of the first film that Frank and I worked on together and our shooting another film that is yet to be edited) and so we would “pass the baton,” so to speak, taking turns keeping things going, making visits to The Dog and Terry, tracking down other people to interview, and finding archival images.

Keraudren: As a team, we don’t really divide things up: we both do everything. On this project in particular, we both met the Dog, met his mother, got to know them, took care of them when their health became problematic, produced the film, directed it, researched it etc…and ultimately edited it together. We both work on other projects all the time, to make a living, but we’ve both done both things. So on a project like this, it was really about sharing ideas, managing the chaos and creating the film together. The idea of collaboration is that the exchange of ideas makes the end result better.

Also, on a purely practical level, I don’t think that one person alone could’ve handled the Dog and what happened when we were filming. For a really long stretch of time, we spoke to John everyday and ultimately, we spent hundreds of evenings with him and his mother. It was at times, truly exhausting, although it was also a very unique life experience.

Filmmaker: What was the biggest or most unusual challenge you faced while making this film?

Berg: The making of this film took over our entire lives for a certain period of time. I don’t know any other way to put it but a lot of our friends and family can vouch for this statement. There were also some real-life events that occurred while we were filming that took an emotional toll and there were times when it was tough to keep the faith that we’d actually persevere and finish the film. Then there were the typical challenges that occur when you make a film: our shot tapes underwater in a basement storage facility during Hurricane Sandy (thank god for Sentry safes, we could’ve done a commercial), having your main subject try to make out with your terrified PA on the first shoot day, help an elderly woman break out of a hospital before she’s signed out. You know, all in a day’s work.

Keraudren: Probably the biggest challenge was dealing with the Dog over a long period of time. John was truly a larger than life person, but I would think that most people would probably spend about an hour with him at the most. He could be wonderful, entertaining and even very giving, but he was also one of the most demanding and difficult people you could interact with. John lived his life his way, and there was nothing anyone could do about it. It was part of what made him unique, but it was also completely out of control at times. We became very close and we were friends. We had some unforgettable times together.  But there were good days and bad days, and you never knew what was going to happen next with the Dog.