What Can The Industry Do For Us? Notes from the Filmmaker Conference, Day One 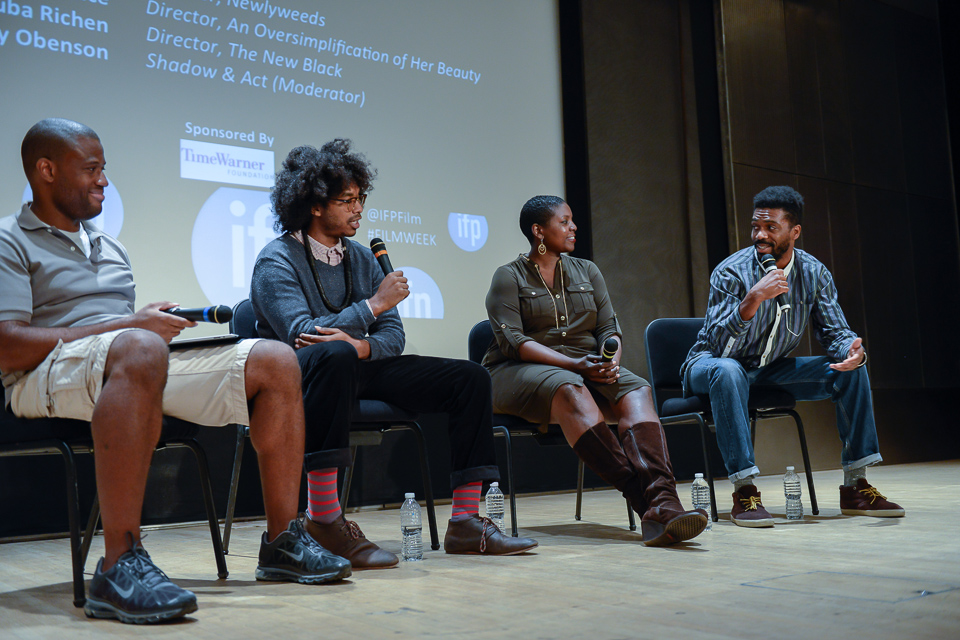 by Sarah Salovaara
in Festivals & Events, Filmmaking
on Sep 16, 2013

Independent Film Week — IFP’s annual takeover of Lincoln Center — ushered in its 2013 edition yesterday with the Filmmaker Conference. A collection of workshops, panels, keynotes, case studies, and networking sessions, the Filmmaker Conference addresses a variety of topics at the forefront of the industry’s conscience. Day one, as its banner title “Future Forward” suggests, was primarily concerned with the impact of new platforms and technologies on independent filmmaking, and the ways in which creators evolve alongside an increasing array of tools. Exciting as the possibilities are, two particular panels took the opportunity to zero in on the industry at large, and its reluctance in angling its advances in the filmmaker’s favor.

In The Future Economy of Independent Film, Filmmaker Editor-in-Chief Scott Macaulay led a discussion with Parts and Labor’s Jay Van Hoy, producer, director and ArtHome founder Esther Robinson and producer and developer Noah Harlan on the diametrically opposed natures of industry economic models and financial security for individual creators. Though all three of the panelists work as producers, only Van Hoy makes his living from the trade. Harlan creates apps and other mobile-based technologies through his company Two Bulls, while Robinson runs the non-profit ArtHome. In addressing the potential of new platforms as revenue-generating opportunities, however, the trio collectively expressed concern with the issue of proprietary reporting data.

“There is a reason the ratings for those Netflix original series are through the roof,” Harlan noted. It all comes down to data. Filmmakers deserve to understand the system through which one’s film is sold far more than most are willing to accept. What kinds of films are making money, the how and why of it, are unjustly kept from the product’s creators. Van Hoy affirmed the importance of analyzing outliers, films that succeed against all odds, citing Beasts of the Southern Wild as one of the more recent paradigms. What was it about this particular film — made by and starring unknowns — that caused such a stir? If we can better understand the reasons behind a film’s success, we can unlock answers that have the potential to inform the way we shape work and connect with audiences. Attuned to the old adage “knowledge is power,” the more filmmakers know about the ins and outs of the new markets, the more they can capitalize upon them. Greater access to such data could make a world of difference for a business that, Robinson cautions, “causes directors to lose money, more often than not, for three to five years of work.”

Later in the day, a different industry shortcoming was underscored in the New Black Voices panel. Moderator Tambay Obenson, of IndieWire’s Shadow and Act, opened with an article written by Roger Ebert, shortly after the 1991 Cannes Film Festival. In the excerpt, Ebert proclaimed the unveiling of several festival films as a New Wave of Black filmmaking, akin to the French and German iterations before it. Terence Nance took issue with the nomenclature at work, suggesting that “new wave” lends itself to an assumption of sustainability, one that is largely absent in the history of Black filmmaking. One of his idols, Wendell B. Harris Jr., for instance, never made a followup to 1989’s Chameleon Street. Nance’s argument was that the industry, despite all its clamoring for a breakthrough debut, never seems to sustain a Black filmmaker in the long run, intimating that the fundamental problem lies within its infrastructure. Shaka King was in agreement, additionally noting that the odds of raising money from Black financiers are no better than soliciting investments from White ones. Further, Yoruba Richen contended that Blacks are dissuaded from telling stories that relate to “the other,” and that their work must constantly be racialized.

Though modern advancements have transformed the practice of filmmaking, making it far more accessible than it once was, they are accompanied by their own set of drawbacks. Dulling the double edge of the sword necessitates industry support, in both the distribution of data and backing of more marginalized visions. The first step, as yesterday’s discussions revealed, is through dialogue and awareness.