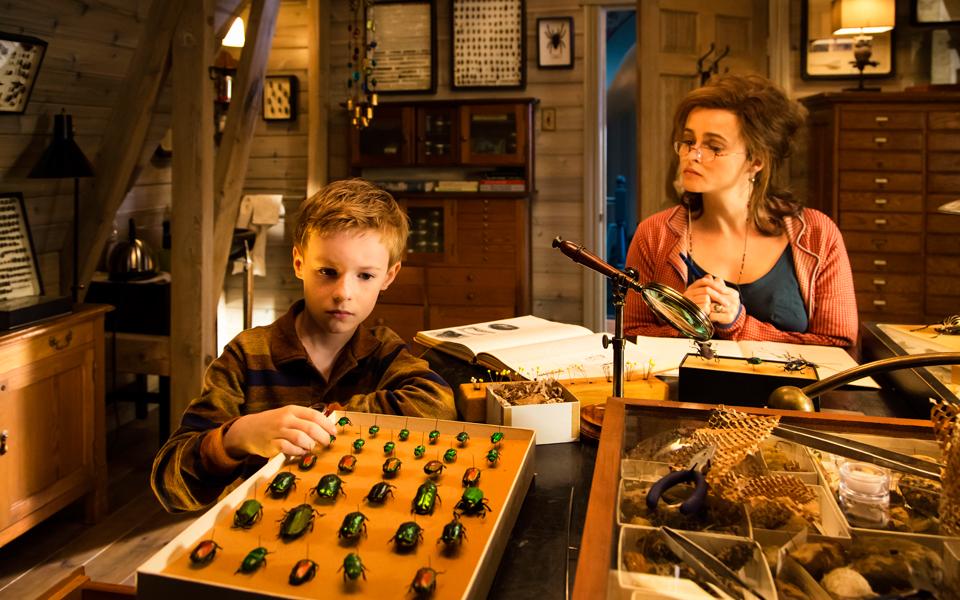 The Young and Prodigious T.S. Spivet

The debate about the use and popularity of 3D in cinemas may be raging on but the San Sebastián International Film Festival has certainly embraced the format this year – and proved that content is the key to success.

Jeunet’s film is an adaptation of the book by Reif Larsen that playfully draws on the sort of 3D most over-30s first experienced as children – from View-Master cameras to pop-up books – as a way of illustrating the depth of a child’s imagination. Jeunet describes it as “a false American film” because it was produced between Europe and Canada, and has talked about the benefits of the “freedom” this offers – which is certainly a key concept in the movie.

Ten-year-old Tecumseh Sparrow Spivet (newcomer Kyle Catlett) seems to have the whole of Montana on his doorstep. Shot in eye-popping colors by d.p. Thomas Hardmeier, the high blues and greens have the intensity of a childhood memory, a place where a burnished glow coats everything and dust puffs into the air but never settles. In a similar fashion to the unique universe of Wes Anderson’s Moonrise Kingdom, Jeunet’s landscape feels simultaneously deeply familiar and fantastical. It is here that T.S. lives with his eccentric family – insect-catching mum Dr. Clair (Helena Bonham Carter), ranchman dad Tecumseh Elijah (Callum Keith Rennie), twin brother Layton (Jakob Davies) and beauty pageant-obsessed sister Gracie (Niamh Wilson).

This may all look like a retro idyll but after an accident in the barn, the family is faced with grief. T.S. is convinced that it is all his fault, so when he unexpectedly wins a science competition, he packs the sort of suitcase a Wes Anderson character would be proud of and sets off on his own for the Smithsonian in Washington, D.C., enjoying adventures along the way. Jeunet constantly plays around with ideas of 2D and 3D, from the film’s title appearing as though at the bottom of a pool of water to T.S. posing as a 2D cut-out to escape capture. He also uses the technique to bring T.S’s ideas to life, such as presenting him with a crossroads marked “Prairie of Truth”/”Mountain of Lies”.

Everything is done to serve his characters, so that T.S. continually looks tiny against other people or objects, emphasizing his smallness and resilience, although the heavier emotional moments are less successful than the flights of fantasy. The only real drawback is Jeunet’s indecision about the film’s audience. Youngsters would no doubt love to follow T.S. on his travels but their parents might balk at the multiple dropping of the F-bomb by Smithsonian ladder-climber Ms. Jibsen (Judy Davis). Perhaps there is a PG cut somewhere and if there is, this really would be a must-see for all the family.

Speaking about the 3D, Jeunet told his press conference that it all comes down to details.

“The book by Reif has a lot of drawings supposedly by T.S. Spivet,” he said. “When I saw the book, I thought of the idea of fitting a lot of them in from the outset. 3D is not just there to make it spectacular but also for the narration and the poetry, just like I did with Amelie‘s special effects.

“Plus when I was a child, I had a View-Master – you know, those glasses with little discs so that you can see 3D. They were my first steps in cinema. I was eight years old and I would cut and change the order of the images and that’s how I created films that subsequently I showed to my friends. So I already took my first steps in 3D when I was eight.”

And while there weren’t any filmmakers quite that young at this year’s festival, there was plenty of fresh talent on display in the Kutxa-New Directors section, which offers a 50,000 euro ($67,000) prize for first- or second-time feature makers. Previous directors who have gone on to glory after being featured in the strand include Tom McCarthy (The Station Agent), Bong Joon-ho (Memories Of Murder) and Danny Boyle (Shallow Grave).

Although I didn’t catch this year’s winner, Benedikt Erlingsson’s Of Horses And Men (Hross Í Oss), which premiered at Sundance, the section was generally strong. The directors deserve particular praise for eliciting some excellent central performances, with the likes of Danai Gurira and Isaach De Bankolé in Andrew Dosumnu’s visual triumph Mother of George and Vytautas Kaniusonis and American/Lithuanian actress Oona Mekas in Ignas Jonynas’s gripping The Gambler.

Although not in the New Directors section, Spanish editor-turned-director Fernando Franco also proved he is a name to look out for with Wounded (La Herida), which gained a Special Jury prize in the main competition. His film has a quiet claustrophobia, hugging its psychologically troubled central character close even as she is pushing those around her away. Marián Alvárez, in her first role, also took home the best actress prize, although I think Lindsay Duncan’s turn in Le Week-End was just as deserving, especially as her co-star Jim Broadbent was named best actor.

The Golden Shell, the award for best film, went to Bad Hair (Pelo Malo), directed by Venezuelan helmer Mariana Rondón, which explores the relationship between a mother and her nine-year-old son who she thinks may be gay, while Fernando Eimbcke won the best director Silver Shell for mother-and-son drama Club Sandwich.

Overall, considering the constraints of the festival’s budget, this year’s edition was a good one and it deserves praise for maintaining a substantial line-up of Spanish language features. In this year’s program, in a nod to this 61st edition, the organizers say, “The only change brought by the new decade is the knowledge that we have another ten years ahead of us in which to soldier on, to continue enjoying good films.”.I suspect it will be marching forward for a lot longer than that.