On Growing Up with the Mumblecore Generation 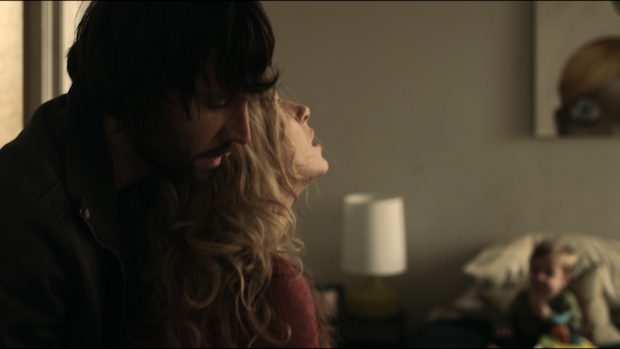 Rodrigo Lopresti and Susan Highsmith in A Song Still Inside

by Gregory Collins
in Festivals & Events, Filmmaking, Uncategorized
on Oct 3, 2013

The mumblecore mumblecorp is growing up, a reality certain to impact American independent film for years to come. And we, their generation, are aging with them. Some of us are their peers, some their audience, some their collaborators. Others, like me, have a more indirect tether. If “fan” is not the correct word then we are those who, because of our interest in and pursuit of film over the last decade, have come of age in their shadow. The mumblecorp — that tenacious group of filmmakers who, by blurring narrative and autobiography, cinema and home video, pioneered ultra-low-budget filmmaking — are now well into their thirties. One assumes, even as they come into fuller command of their craft, work with recognized talent, and helm larger productions, that they are also getting married, having kids, buying houses and doing all the things we think grown-ups should do; that they are, in short, outgrowing the extended adolescence that defined much of their early canon.

The question results: What will happen?

With roots dating back to 2002, mumblecore’s emergence as a movement is credited to the 2005 South By Southwest Film Festival, which featured Mutual Appreciation, The Puffy Chair, and Kissing on the Mouth. Bound together by plots exploring the ambiguous professional, sexual, and existential angst of young, white, privileged protagonists, mumblecore is a lucid composite view of a specific demographic just before the financial meltdown. But not only did the financial meltdown happen — something sure to affect both filmmakers and audiences — but, with the mumblecorp now in the twilight of their youth, the significant taxes on time and resources levied by family and “responsibilities” must also be at play.

And it is in the bottleneck effect of family on the creative life that I am most interested. If it is a disappointing reality that independent film is a wonderful hobby but a lousy career, it is no surprise. History is certainly littered with would’ve- and could’ve-been artists foiled by mouths to feed and bills to pay. But what is perhaps unique to our present day is the hyper individualistic, uniquely American gospel that has saturated our culture in recent years. Indeed, if pop culture is to be believed, there is no question that “follow your heart” does not answer. But one could argue, as we do in A Song Still Inside — having its NYC premiere at the 18th annual Genart Film Festival on Friday — that, as a recipe for happiness, “follow your heart” is, at least at times, diametrically opposed to that recipe from earlier generations, the idea that happiness = marriage + kids + career.

Vis-a-vis films by and about the twenty-something set, films that take on family and parenthood in unformulaic, no-frills ways seem, in my view, suspiciously absent from today’s independent filmscape. (There are, of course, exceptions.) And while A Song Still Inside is not a mumblecore film, there is a very real question of influence both on the film and on myself as a filmmaker. In 2002, I was just out of university and was working as an unpaid intern at the Austin Film Society in Austin, TX, a place, it turned out, with unobstructed views of mumblecore’s origins. And I have no doubt that the years I spent in mumblecore’s outer orbit significantly impacted my ideas of what a film should be as well as why and how a film should be made.

A Song Still Inside is not only concerned with the creative life; it is, more broadly, a gendered exploration of the successes and failures, the compromises and sacrifices that family and adulthood exact on all professional ambitions. But it is also about if and when family and creative aspirations cease to be compatible.

We can hypothesize then, that of those in the mumblecorp who pursue marriage and parenthood alongside film, some will, as we are seeing, navigate the family bottleneck without missing a step; they will survive and they will thrive. Others will endure, at a cost. Others still, willingly and unwillingly, will fail to convert film as hobby into film as career. And it will happen, as we suggest in A Song Still Inside, that events will conspire around others that will force them to choose between film and family; a “Sophie’s Choice,” if you will, between a flesh-and-blood baby and a dream still in its infancy.

Importantly, though, what will become of the work? Will the mumblecore filmmakers continue at their typical prolific pace? And what about the content of their work? With mouths to feed and bills to pay, it is easy to imagine that they will more rigorously weigh the commercial viability of their work; that, in effect, the family bottleneck will suck the very mumble out of the mumblecorp. And that will be a loss. There is already, as stated above, an under-representation of serious reflections on family and parenthood within independent film and I, for one, would love to see the white-picket fence funneled through a mumblecore sensibility.