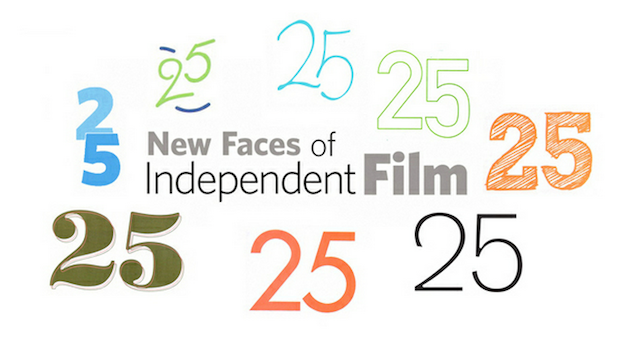 Following screenings in Tacoma, Portland, and New York, three of this year’s “25 New Faces” are hitting the road to showcase their short films. Joined by Filmmaker Managing Editor Nick Dawson, Scott Blake (Surveyor), Anahita Ghazvinizadeh (Needle) and Mohammad Gorjestani (Refuge) will travel from Madison to Nashville on a tour sponsored by Sony Creative Software and ARRI. The full stops, as well as descriptions of the films and filmmakers, are listed below.

ABOUT THE FILMS AND FILMMAKERS

1848. In the last days of the Mexican-American War, a government agent surveyor attempts to return home after surveying land on the Western frontier. His journey becomes a nightmarish trek through an American gothic landscape.

Scott Blake earned a BA in English Literature from the University of Washington in 2010. Last summer, he completed his 25-minute short film Surveyor, an anti-western set during the last days of the Mexican-American War. His screenplay To the Detonation, an urban insurgency thriller, is a narrative short semi-finalist at the 2013 Vail Film Festival and Vegas CineFest.

Young Lilly is going to get her ears pierced. A quarrel between her parents overwhelms the situation and directs it differently.

Anahita Ghazvinizadeh (b. 1989, Tehran, Iran) is a filmmaker and writer. She got her BFA in cinema from Tehran University of Art and her MFA in studio arts from The School of the Art Institute of Chicago. Anahita has studied with Abbas Kiarostami and is influenced by his cinematic style. Being inspired by the rich culture of children’s cinema in Iran, she started to work on a trilogy of short films with children as the main characters. When the Kid was a Kid (2011) and Needle (2013) are the first two finished pieces of series. Anahita is also the co-writer of the acclaimed feature film, Mourning (2011). Childhood and parenthood, family theater, and exploring notions of growth and gender identity are the main themes of her work.

Set in 2020, a brewing cyberwar between the US and Iran puts Sonia, a young Iranian refugee, at risk of deportation. Her only escape may come at a greater price than she’s willing to pay.

Mohammad Gorjestani is an Iranian American filmmaker, creative director, and entrepreneur based in San Jose, California. His short film Sayeh premiered at the 2007 Tribeca Film Festival and went on to screen at 50 festivals worldwide. He was a recipient of the 2012 KRF Filmmaking Grant from the San Francisco Film Society and a finalist for the Sundance Screenwriters Lab for his feature film in development,Somehow These Days will be Missed. Gorjestani is the co-founder and creative director of Volio, a funded consumer media startup.