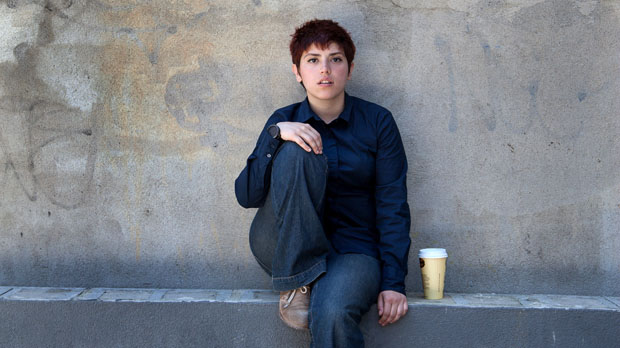 At 24, Anahita Ghazvinizadeh has already experienced a dream of any filmmaker, when her short, Needle, won an award — the Cinéfondation’s prize for Best Student Film — at the 2013 Cannes Film Festival. It was awarded by jury president Jane Campion, who told Variety, “I can feel a very unique flavor to this filmmaker’s voice. [Needle] has got subtle observations, and it’s also very modern.”

After the ceremony, says Ghazvinizadeh, she talked with Campion: “She was very supporting and encouraging. She made comparisons between my work and Lena Dunham’s on Tiny Furniture. And she gave me tips about approaching my next film project. We made a connection that I’m sure will be helpful for me.”

A recent graduate with a master’s degree in studio arts, Ghazvinizadeh made Needle while at The School of the Art Institute of Chicago. Previously, she earned a bachelor’s degree in cinema from Art University of Tehran where, in her second year, she took a workshop with Abbas Kiarostami. “Being his student motivated me to make films,” she says. “He talked a lot about working with non-actors, making films about children, and he was very much into improvisation. You have to believe in your performers and, after choosing them, be flexible in changing your imagination of their characters.”

Kiarostami and his work emboldened her in another way too. “Mainstream cinema is about cutting to the character’s close up to feel the character emotionally,” Ghazvinizadeh says. “He never does that. It feels that, emotionally, the people in his films are impenetrable, and it was important for me to find that in his films. The way that I’m showing emotions in my films, my camera does not want to go inside.”

The second in a planned trilogy of shorts about children, Needle observes the ritual of a pre-teen girl’s ear piercing, an important moment that is disrupted by parental neurosis. The short was inspired by both family memories and recent social media. “My dad is a pharmacist in Iran,” she says, “and he did ear piercing with needles. And I watched a lot of YouTube videos — parents’ videos of their children getting pierced. The children sit there horrified, looking at the camera, while the parents say, ‘Are you nervous?’” Needle is a clever reversal of that scenario, with a bracing, long-take final shot, soundtracked by the mother’s off-screen cell phone bickering, that leaves the ultimate meaning of the young protagonist’s rite-of-passage a tantalizing emotional mystery.

Growing up in Tehran, Ghazvinizadeh says hers was “a classic family — mother, father and two sisters,” but that everyone “was always complaining about playing their roles, and we’d talk about that.” Her family’s playful self-analysis led to, she says, the theme of “family theater and role-play” that permeates her work. When she was 22, she moved to Chicago to continue her studies, expecting to go back to Iran to make films. But with the economic crisis there, it was difficult to imagine getting funding. After the success of Needle, she realizes, “It is possible for me to make films here, in this foreign language and culture.”

This summer, Ghazvinizadeh is traveling to Houston to attend a residency for visual artists and the Museum of Fine Arts. “My main plan is to work on a feature script” — the Cinéfondation win guarantees her first feature’s Cannes acceptance — “and make shorts. After that, I’ll either move back to Chicago or New York.”

As for Iran, she says, “I would love to go back there to make films. Now it might better, with the reformist candidate as president. We believe he has better economic plans. But I’ll only go back if I have a great idea to make there.” — Scott Macaulay