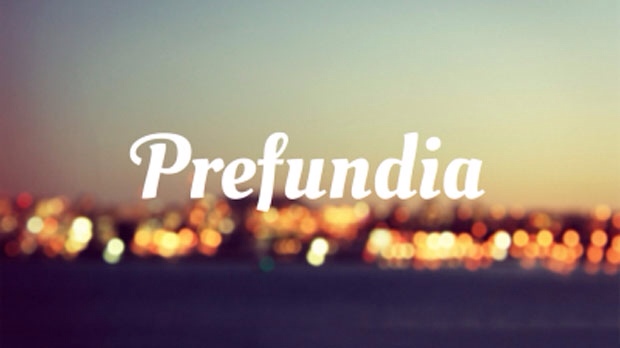 by Scott Macaulay
in Filmmaking, Financing
on Nov 13, 2013

Pre-awareness — in studio parlance, it usually refers to viewers' recognition of a film property before its release. In today's crowded landscape, it's considered an important factor when greenlighting Hollywood tentpoles, and it's why you see so many remakes, reboots and franchise films.

In the indie world, there's pre-awareness too. It can be created by everything from grassroots publicity before a film's release to the ability of successful crowdfunding campaigns to stoke interest in a project. And, if the folks at Prefundia are right, there's crowdfunding pre-awareness — buzz preceding a project's launch on Kickstarter or Indiegogo that can help provide the first-day pop that is the harbinger of a successful campaign.

Just out of beta, Prefundia promises to help you “build a following so you can blow up your Kickstarter project day one of launch.” By listing a project on Prefundia weeks before a crowdfunding campaign launch, creators can receive feedback from Prefundia's community, who sign up for email alerts when projects go live on Kickstarter. A kind of out-of-town tryout, Prefundia also offers analytics, Facebook integration, and claims that the process of soft-launching on its platform helps creators hone their pitch for their effective Broadway debut. In short, Prefundia hopes that its users are the friends you beg to come to your party early so it's swinging by the time the big crowds arrive.

Prefundia co-founder Dan Falabella spoke to Natasha Lomas at Techcrunch about his company, which hosted 195 projects with a 71% crowdfunding success rate since its launch in June. From Techcrunch:

It’s that virtuous circle of kicking a funding campaign off with a big bang which ripples out and generates even more bucks that Prefundia is aiming to engineer. ”Kickstarter’s ‘popular’ algorithm heavily favors projects that gain traction very quickly (see Kickstarter’s ‘popular’ algorithm hacked here), so projects that build a lot of momentum before they launch and then drop it all into their crowdfunding campaign on the first day do much better than those who don’t,” adds Falabella.

Prefundia is free for forthcoming crowdfunding projects to list on, and isn’t currently taking any cut of successful projects, so there’s no reason not to give it a go — apart from the time required to upload a few media assets, etc.

“Monetization plans are on hold until the first quarter of 2014 but will include partnerships with manufacturing brokers, marketing firms, crowdfunding sites, etc — relationships and deals are already tested and inked,” says Falabella.

While there's a Russian box quality to all of this — what company will arise to create pre-awareness for a Prefundia project? — I can see the appeal of this site for filmmakers. If Prefundia is successful in attracting the early adopters of the crowdfunding set, presumably they'll be folks highly motivated to donate. Filmmakers today are creating mailing lists, blogs, Tumblrs and more to build audiences in advance of their campaigns, and Prefundia seems like one more tool to make sure your crowdfunding debut isn't the equivalent of an empty party with a few lost souls nibbling away at the chips.