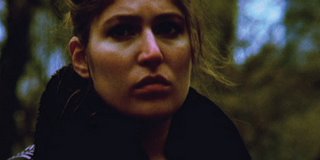 Ry Russo-Young’s You Won’t Miss Me was one of our favorite films at Sundance this year. It is a free-wheeling, lyrical but sometimes jarring depiction of a few months in the life of young and struggling New York actress navigating both harsh auditions and her own chaotic emotional relationships. The film has a deceptively casual feel as it avoids obvious plot points and melodramatic narrative contrivances. By its conclusion, however, it feels full — an honest portrait of character we haven’t quite seen on screen before at a very specific moment in her life.

Following its Sundance premiere, the film screens at SXSW, where Russo-Young won a special jury prize in 2007 for her first feature, Orphans. The following is a short conversation between Russo-Young and Lance Edmands, the editor who cut the trailer of the film that you find below.

YOU WONT MISS ME trailer from Ry Russo-Young on Vimeo.

Russo-Young: Oh thanks. Nice to have you here. Ok so, we both wrote some questions for each other. You go first.

Russo-Young: Why don’t you ask me question number three?

Edmands: Ok. So I saw the guy from The Virgins at a bar in Chinatown last night, and I also saw Stella [Schabel] at a party in the East Village about a week previous. While I don’t know either of them at all, I’ve spent a lot of time with them during editing and there’s this specific relationship that an editor has with actors which is really interesting. On a certain level, I feel I know these people, and that I have hung out with them, but yet I don’t know them at all, and they have no idea who I am. I guess I was wondering if you ever had a relationship with anyone where you felt like you knew them really well but you don’t know them at all.

Russo-Young: I think I felt that way about Leonardo DiCaprio when I was thirteen. From This Boy’s Life and What’s Eating Gilbert Grape. At that age, I was in a state of adolescent bliss when I watched a beautiful man on screen. It was such an incredible thing where I felt so connected to him and turned on but I didn’t really understand those feelings yet. It made me feel like I knew him. Those feelings were so strong and tangible.

Edmands: Yeah and that’s the power of film, you know? It’s replicating these feelings that are completely false but feel totally real.

Russo-Young: Yeah. Some of the feelings are real.

Edmands: Yeah, but they are coming from a place that’s fabricated.

Russo-Young: Sometimes. Talk to me about Shelly Brown, the lead character of You Wont Miss Me. What do you think of her? Are you attracted to her sexually?

Edmands: I find her attractive as a person in the sense that there’s an attraction to the attitude. She’s magnetic in her disregard for things that you feel like you’re supposed to care about. I think that rebellious quality is really attractive. As well as the vulnerability. There is an extreme openness to her character, an emotional openness. I think people are drawn to that because it creates a violent connection.

Edmands: There are some scenes where she’s gorgeous and some scenes where she looks terrible. It really fits with the character, where there are these two sides; night and day. I think a lot of that is situational: she looks one way in one situation and another way in a different situation. I mean, she really changes physically and that’s attractive in itself — someone who can go through those radical changes — but that is very much tied to the narrative and seemed very intentional to me.

I have a related question. I’m really interested by the use of nudity in your films. What is it about nudity that you’re interested in and how do you create a world with your actors where everyone is cool with the situation?

Russo-Young: I remember when I was younger I’d watch Hollywood movies where it would pan over to the bed and you’d see two people kissing and then the lights would go out and I’d be like, “Aww man, why can’t I see what happens after that? That’s the interesting part!” Not necessarily the hardcore sex part of it but just seeing them interact in that way, how they get from the first kiss to the final moments. Not the sex specifically but the physical intimacy.

Edmands: Those situations say a lot about someone’s personality and the dynamics of the relationship. There’s a DVD special feature on Caveh Zahedi’s film I Am a Sex Addict where the director is trying to convince the actress that she needs to be topless for a scene and she doesn’t want to be. It’s such a weird dynamic: he needs to make the film the way he wants to and she’s questioning him. It made me think about the situations you set up and how that plays out in terms of the on-set dynamics. Especially since there is so much beyond the room ultimately, there’s such a difference between you and me in a room and you and me and a camera in a room that will be at Sundance.

Russo-Young: Well, I try to create an environment on set where people aren’t thinking about the film as a finished product. That’s the last thing I want them to think about. I would never film an actress if she had some objection to nudity but I don’t think it would ever come to that. If she didn’t want to be topless, I think I’d try to understand what she was feeling, which is probably a self-consciousness and I would try to figure out why she feels that way. Is it because of me, or someone else on set? Or because she doesn’t like her tits or she thinks it will screw up her career? I don’t know, actors always do things on set that you don’t expect and that’s part of what’s so great about making movies. You learn these things about other people that you work with. People show their true colors.

Edmands: In terms of nudity, is there a certain sense of exposure you’re looking for in terms of getting people to be at their most vulnerable? Is there something about breaking down that safety that’s interesting?

Russo-Young: It’s not so much “exposure” as a transparency that I think all good actors have. It’s an openness and vulnerability where you can see into them and project feelings onto them. I was watching Johnny Depp last night in the Robert Rodriguez movie Once Upon a Time in Mexico and his face is incredible. It’s pulled back and wide awake, and every time he went on screen there was a magnetism. I try to find actors that I’m drawn into in that way.

Russo-Young: I think initially it’s instinct but as those moments become assembled you realize what footage is for the good of the group and what has it’s own ego that might need to go. You get to a point where you have to be harsh with what you found interesting and base it on the larger image. Film is one image made up of many smaller fragments. In the end there is a redeeming idea or a moment that you walk away with. Good films leave me with that larger image. Every small image has to contribute to the larger image, like a mosaic. So yeah, instinct and then mosaic.