After the Wave: Atsushi Funahashi on Nuclear Nation 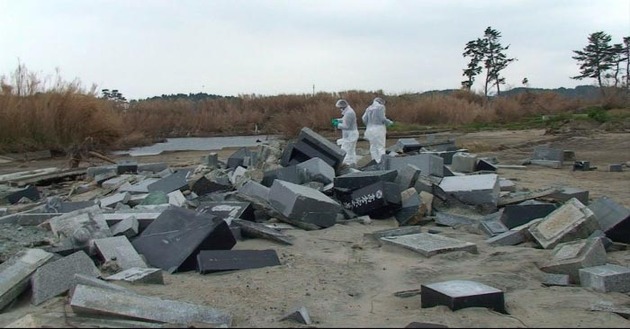 by Brandon Harris
in Directors, Interviews
on Dec 17, 2013

Nuclear Nation, Atsushi Funahashi’s remarkably touching and informative doc about some of the 1,4000 now-homeless refugees that were forced to abandon their town in the wake of the Fukashima nuclear catastrophe, foregoes the agitprop route, one which given the scale and potential world historical costs of the still unfolding fallout from the disaster seems appropriate, for a more grounded and humanitarian look at the tragedy. Instead the 39-year-old Funahashi, best known in Japan as a narrative filmmaker whose previous credits include 2005’s Big River and 2012’s Cold Bloom, remains focused on a group of refugees who exhibit tremendous poise and level-headedness in the face of the horrors unfolding in Fukashima Prefecture. Although the film and its maker make an argent anti-nuclear case, it comes not from the dissemination of big facts, but through the observation of simple human hardship borne of the a state supported energy policy defined by hubris and recklessness.

For the citizens of Futaba, a small town in the Fukushima Prefecture from which Funahashi has drawn most of his subjects, the 9.0 earthquake — easily the most vicious ever recorded in Japan — and the tsunami that followed are never far from memory. Many still fear radiation poisoning as they sit helplessly marooned in a high school gymnasium, coping stoically with the loss of homes and livelihoods, friends and and family. While some are allowed a brief return to the utterly devastated remnants of Futaba (perhaps the film’s most heartbreaking sequence), Funahashi is most interested in watching a dispossessed people try to retain some sense of continuity and normalcy despite the maelstrom of events. Predictably, he finds that some have much better luck than others. 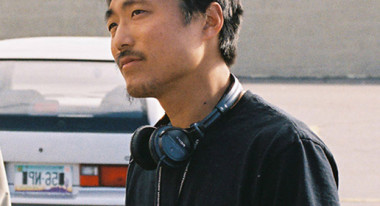 Filmmaker: With so many different aspects of the Fukashima disaster still in play, I’m curious why you choose to focus your story specifically on the refugees.

Funahashi: I’m a freelance filmmaker. I had an experience working with a big TV station working on the nuclear disaster. I knew all the media crews that were covering it after the earthquake and the tsunami and the nuclear disaster. So I knew they would be covering that extensively. I also knew the story had such a wide range that there was no way for me to cover all of it. I didn’t think I was going to make a documentary at first. I knew there was no way I’d ever be able to cover the whole thing. I had no idea what to do about it. There was a huge gap between being inside and outside Japan in terms of the information we were privy to from the government. The Japanese government didn’t disclose that much information regarding those reactors or the meter readings. They just say there is no direct damage to human health. They didn’t give up a lot of readings of radioactivity and they didn’t give out a lot of information right after the accident.

Filmmaker: With the cleanup still ongoing and entering a risky, uncharted phase just last month, do you think that the government is continuing to hide information about the risks posed by this disaster?

Funahashi: I think they are still hiding a lot. Remember, going back to March of 2011, the first week and the second week, the government didn’t disclose a lot of information. Meanwhile CNN was saying that it was as bad as Chernobyl, it’s level seven, it’s going to be an even worse meltdown. The Japanese government didn’t even admit that there was a meltdown until two months later. So there was this huge gap. I had such frustration looking at the website of CNN and also French news websites then looking at the Japanese ones. There was a huge gap. Then, towards the end of March, there was this town called Futuba that is just outside Fukashima and [the residents] had been told to move away as far as they could and were then situated just outside of Tokyo. They had situated themselves in this high school and I thought that was the right decision. I was interested in this small town and I thought, “This is something I could do. They situated themselves into this small school. It’s easy to go there.” It was commutable from my house, so I knew I could focus on this one thing.

Filmmaker: How are the people you became close to there faring now?

Funahashi: A lot of people didn’t get compensation from TECO or the government. Most of them just got paid as a gesture of apology. They get $1,000 to $1,200 a month. Neither TECO nor the government has admitted that it’s their fault. They haven’t paid for the loss of land, homes or property they lost by the accident. That’s essential compensation and it hasn’t been done yet. So for the rich people who have the money already, they can just move on with their lives, but for the poor, the normal people, most of them have just stayed at the temporary housing or at the high school evacuees shelter. The mayor in the film, he was ousted because the townspeople got frustrated, that the mayor wasn’t doing the job right. Last year, after I finished the movie, he was ousted and fired by the city congress. The new mayor said they should move the people from the high school back to Fukashima. The town hall went back this June and said they’re going to close down the shelter. They are closing down the shelter at the end of this month. Only 10 people are left in that high school.

Filmmaker: Where there aspects of this story that you glimpsed but were unable to include while focusing on the refugee situation that you feel like haven’t gotten the exposure they otherwise should?

Funahashi: Because of Fukashima, 150,000 people had to evacuate. There was no way for me to cover everything. My strategy was the just boil it down to this microcosm which is this small town, Futaba, which was situated, including their own town hall, in a high school. I thought it was very interesting and easy to shoot because all you had to do was go to these high schools, from one to another, and shoot. If you tried to cover the entire Fukashima situation you need 10 shooters and you have to send one to the Fukashima Dai-ichi plant and you have to send another crew member to each town and there was no way for me to do that.

Filmmaker: Did you have more subjects initially?

Funahashi: Yes. I had, like, 20 subjects at the beginning. This is what you do in this type of documentary. It’s about the relationship between the subject and me. Some people move out of the shelter and just move on with their lives. If I asked them, “Can I follow you or visit your new apartment?”, some people would say no, so the shooting wouldn’t continue. That happened all the time. So you really have to go wide. Initially I had 20 people to follow; it was down to 10 by the time I finished shooting. In the editing, I narrowed it down to seven or eight.

Filmmaker: Have you screened it at other shelters or to the subjects themselves?

Funahashi: Yes, I did. The film world premiered at the Berlin Film Festival in 2012. A month later, I wondered where the best place I could premiere the film in Japan would be. The mayor of the town asked me to come and screen the film for the people on the one-year anniversary of the tragedy. There was this judo/gymnastic room in that high school. They don’t have a real theater or anything, but they have a judo/gymnastic auditorium and we put a screen on the wall and we screened the film there. Everybody gathered there. Most of them were elderly people. They couldn’t go back to their home for a year because, as you see in the movie, the people who went back with the temporary permit were just the younger people. It was too hard for the old people to put the protective suits on, they couldn’t go back to their hometowns for years, they had to stay in the shelter, so those images were really shocking to them. Some of them were crying.

Filmmaker: Will the wounds of this terrible tragedy ever be fully healed?

Funahashi: No, not at all. It’s more like they admit it and they are in the process of letting go. They know they have to forget it and move on with their lives but when you compare it to people here in the states, Japanese people have a strong attachment to their land and their hometowns. That’s why they are stressed and enraged, they know they can not go back to their hometowns, but they are attached to them emotionally. It’s sad, but what can you do?