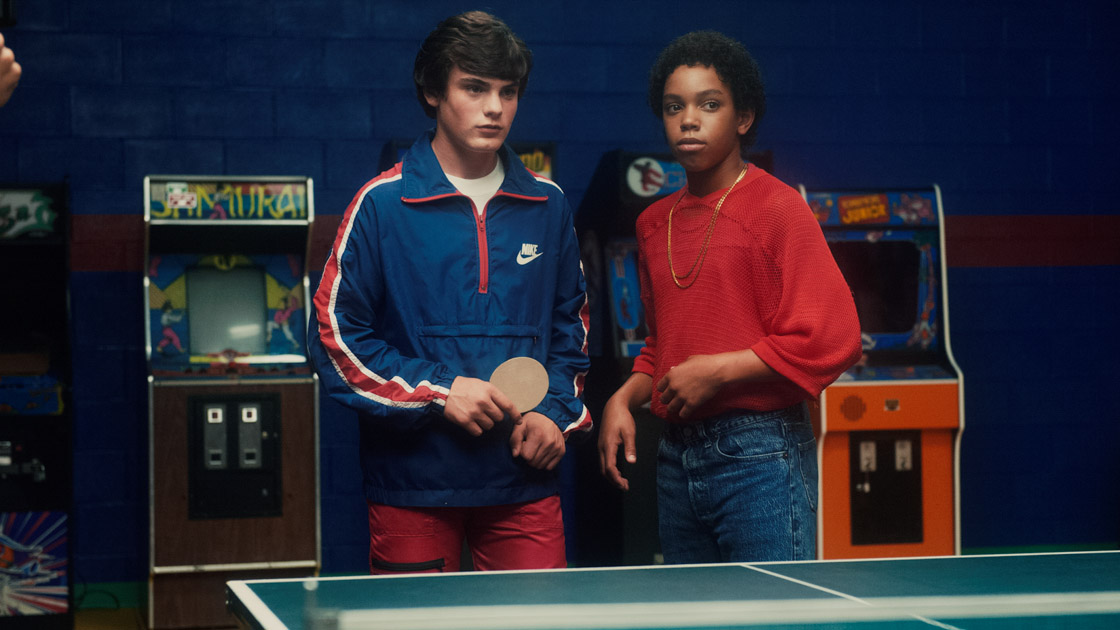 Speaking on broad terms: Since the proliferation of that dazzling invention called “High Speed Internet,” I’d say that whereas “Inspiration” used to be my number one arch-nemesis in my ability to be productive, nowadays I’m convinced that “Constant, Ceaseless, Neverending Distraction” is the biggest fight I face on a second-to-second basis (for example: I just checked my email inbox four times while writing the above sentence). It applies to all of us and it isn’t going away. While I’m pretty good at meeting my most important deadlines and accomplishing tasks, I do really wish there was a way for me to be more efficient, though I’ve pretty much come to terms with the exhausting realization that this is just how it’s going to be from here on out.

Regarding Ping Pong Summer specifically: Being that our mission was to produce a lost time capsule from the 1980s—ala This Is England or The House of The Devil as opposed to an inside-jokey romp like The Wedding Singer—it’s safe to say that the term attention to detail has never played a more vital role in my filmmaking. This didn’t merely apply to the production (all of our clothes, cars, video games, beach chairs, basically everything, had to be ’85 approved, etc.); it extended to our post-production as well. With regard to source music, I wouldn’t consider using/clearing any songs that had been released after the summer of 1985 (we did, however, break that rule once, stretching to 1987 in one particular instance, but that simply had to happen as you will discover if/when you watch the movie). Even taking all of those things into account, the perhaps most important element relating to the question of “attention” has to do with our film’s pacing. Shots were held longer and, especially compared to the present, movies breathed more slowly back then. And so while we didn’t apply any Soderberghian mathematical constraints to our edit, Marc Vives and I did try to honor the late 20th century rhythms of the story, which we understood was a risk in some ways, but we also knew it was the most truthful way to tell the story.