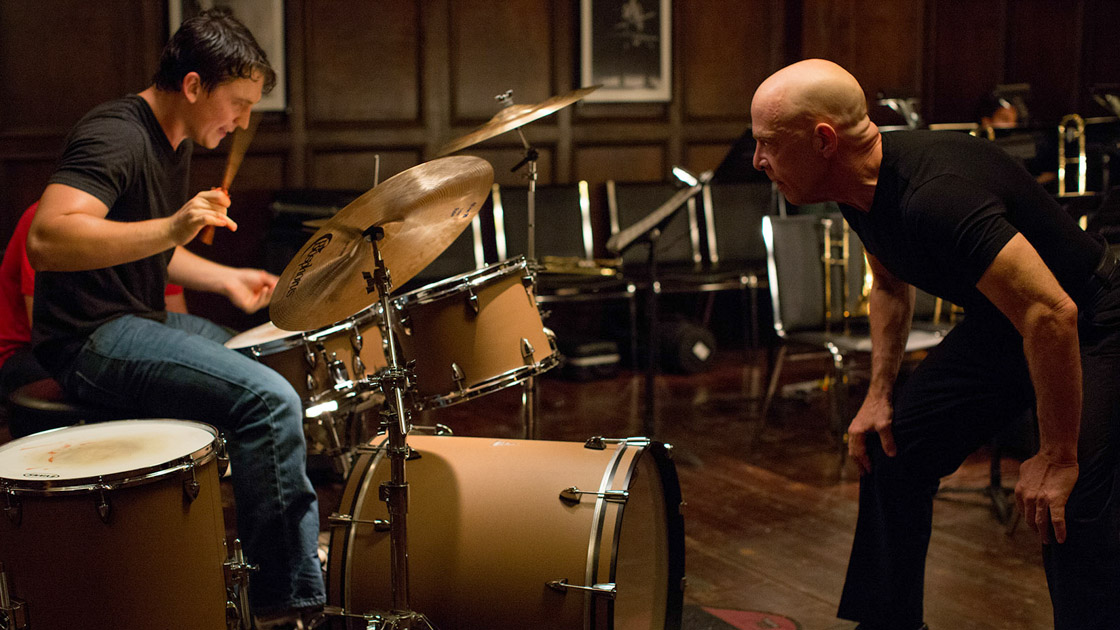 Making Whiplash was really about a single challenge: how do you make an audience as scared for a musician about to perform as they would be for a cop about to enter a shoot-out, or a soldier about to step onto a battlefield? Obviously, it’s ridiculous: the latter are life-or-death situations, while the worst that can happen to the musician is some embarrassment, or a scolding, or a few boos.

At first glance, it’s an absurd way of thinking: you could make a comedy out of it. But I really wanted to put an audience inside the mind-set. That meant that the audience’s attention had to be glued to the slightest possible slip-up in a drummer’s tempo, or the slightest wave of a conductor’s finger — just as it would be to the fuse on a bomb.

It’s about hyper-awareness — so we tried to make the filmmaking reflect that. Focus on all the details this hypothetical anxious musician would focus on: the beads of sweat on faces, the bloodied blisters on palms, the sounds of footsteps, metronomes, ticking clocks… Cut the movie to a drummer’s rhythm — wide shot to extreme-close-up, rat-a-tat editing patterns, keep the tempo surging. Feel the silences between performances, then make the music as ferocious as gunfire. In short, the same tools someone making a war movie or a gangster movie would use.

At the same time, we didn’t want to go too stylized. We wanted to keep the movie grounded and physical. Almost everything in the movie either happened to me as a musician, or has happened to other musicians I know.

It was that kind of familiarity with what we were shooting that gave me hope we could pull this off. That we could make an audience feel both the dread and the exhilaration that are part of this world — and that, basically, we could make a thriller about music.