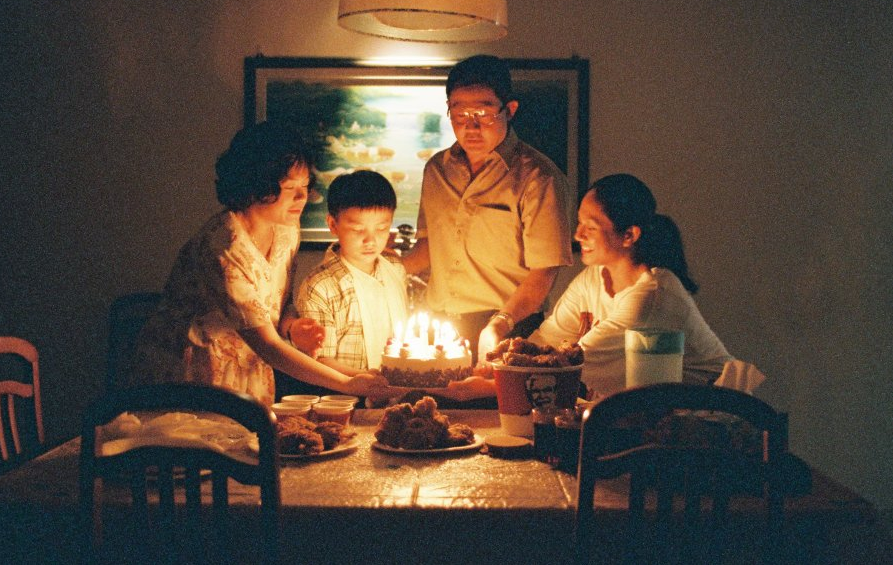 Anthony Chen, Claude Lanzmann, Ilo Ilo, Of Horses and Men, The Last of the Unjust

Outside of Camelot Theatres, where Age of Uprising: The Legend of Michael Kohlhaas screens in 30 minutes, stands an older man with a telescope. He doesn’t appear to be affiliated with the Palm Springs International Film Festival — or even attending it, for that matter — and is dressed as you might expect an actual astronomer to be. Arnaud des Pallières’ adaptation of Heinrich von Kleist’s 1811 novella premiered to mixed reviews at Cannes last year, but familiarity with the source material and the fact that Mads Mikkelsen and Denis Lavant are both involved seem reason enough to take a chance on a film less than two hours after arriving in the desert.

“There’s a rare event occurring right now,” the astronomer says to everyone in line, “and it won’t happen again for another 19 months.” Venus is visible between Earth and the Sun right now but few seem to share the man’s enthusiasm and sense of urgency. He repeats the good news and a 30-something in line walks over. A few minutes later he comes back smiling and says to the friend holding his place in line, “Pretty cool, dude.”

There are technically two lines for Age of Uprising, as there are for all screenings at PSIFF: one for pass-holders, one for ticket-holders. By the time the people directly in front of me in the pass-holder line get in, there are only front-row seats available. This particular front row is especially close to the screen and I bail.

This incident is more enjoyable than it may sound, largely because of how striking a backdrop Palm Springs proves to be for a film festival. Seventy-degree weather makes it more difficult to confine oneself to the screening room than it is in, say, Park City a week or two later, and the mountain view is nothing if not picturesque. There’s a free shuttle available to ferry moviegoers between venues, but abundant parking and the fact that nothing is more than a few miles from anything else obviates the need in most cases.

PSIFF largely exists, in practice if not by design, as an international cinema showcase attended primarily by retirees whose only chance to see a movie like Age of Uprising is at this very festival. I can count on my fingers the number of people under 50 I encounter during my three days (the last of the fest) here, and the dearth of media badges hanging around others’ necks suggests that the first weekend received more press coverage than the second.

Touting itself as “Oscar-qualifying” on its Twitter profile, the festival in Palm Springs isn’t just close to Hollywood geographically: it’s best known for its yearly tributes to Academy Award-bound actors and directors (this year’s honorees included Lupita Nyong’o, Tom Hanks, Sandra Bullock and Steve McQueen) and cross-section of official submissions for the Foreign-Language Oscar. It’s this latter aspect that interests me, and I avail myself of several such submissions: Ilo Ilo (Singapore), In Bloom (Georgia), Mother, I Love You (Latvia) and Of Horses and Men (Iceland).

The first of these, which won the Camera d’Or for best first film at Cannes last May, turns out to be the best. Set in early 1998, Anthony Chen’s film about a spoiled child and his Filipino maid has a documentary-like quality that makes its period setting oddly engrossing in spite of how recent it is. Everything from the pagers to the clothing feels strange, almost fantastical, and Chen’s vision is so assured that it wouldn’t be an overstatement to call the film thrilling. It helps that Ilo Ilo is anchored by a heartfelt, almost painfully sympathetic lead performance by Angeli Bayani. Chen resorts to no narrative trickery or emotional manipulation in charting the bond that develops between Bayani’s character and that of her charge, with things escalating slowly but surely via a series of everyday incidents that feel specific enough to have been plucked from memory but familiar enough to have happened to anyone.

In Bloom and Mother, I Love You also focus on troubled children, though the stakes are considerably higher in the former. Understated and affecting, both are equally attuned to the small moments that make childhood what it is: the ceaseless chatter between friends and small events that seem to carry the weight of the world. That writer-director Nana Ekvtimishvili set In Bloom in the 1992, at the height of Georgia’s civil war, makes its characters’ inability to see beyond the present moment both sadder and more endearing. We know, even if they don’t, that if things are to get better they will very likely have to get worse first.

Of Horses and Men, meanwhile, doesn’t prove especially memorable beyond the oddity that carries it from scene to scene. Its centerpiece scene, which made its way onto the poster, features a stallion mounting a mare while the latter is being ridden by its owner (who inexplicably shoots the poor creature minutes later). Benedikt Erlingsson opens the film with a “No horses were harmed…” disclaimer, which is actually more comforting than usual: many animals meet grisly fates, which is sometimes played for dark laughs and is sometimes just bizarre. There’s little connective tissue between the almost vignette-like happenings other than the fact that they all involve horses, and though the point that man and horse’s symbiotic relationship can often be likened to a master-slave dynamic is well-taken it’s also hard to stomach — which is probably just fine by Erlingsson.

The last film I see in Palm Springs is also the most daunting: Claude Lanzmann’s The Last of the Unjust. As with every screening, there’s already a substantial line an hour before it starts and people are chatting about what they’ve seen. One woman seems certain that The Broken Circle Breakdown is winning the Oscar, while another leafs through the Best of Fest flyer a volunteer just handed her. Lanzmann’s film consists largely of a 1975 interview conducted with Benjamin Murmelstein, the final head of the Jewish Council in Theresienstadt, a model ghetto in what’s now the Czech Republic. You feel every one of its 220 minutes, but also the weight of Murmelstein’s story.

Nearly three hours in, the couple in front of me decides they’ve had all they can take. Walkouts are fairly common here, as they are at most festivals, but this particular instance strikes me as odd all the same — it’s like quitting a marathon with less than a mile to go. As they gather their belongings, the man across the aisle (who’d slept through much of the first hour) shushes them. No guns are drawn, the movie continues, and the next morning I leave Palm Springs and drive back to Los Angeles.