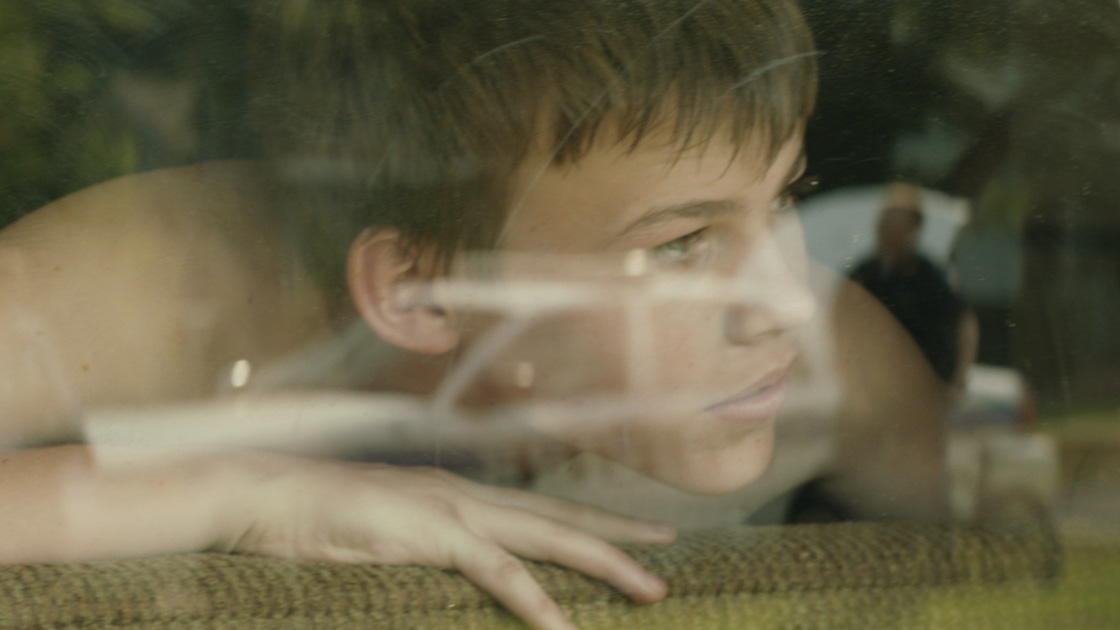 Austin, TX-based filmmaker Kat Candler is no stranger to the Sundance Film Festival. In fact, this is her third straight year with a film at the festival. But unlike ‘12 and ’13 (during which she brought the acclaimed shorts Hellion and Black Metal, respectively), Candler will premiere her first feature since 2006, an expansion of her previous Hellion short.

The story of 13-year-old Jacob (newcomer Josh Wiggins), a young man torn between an absent father (Aaron Paul) and the Aunt (Juliette Lewis) who has taken him in, Hellion premieres today in US Dramatic Competition.

Filmmaker: The Hellion short was built around such an intimate and precise moment. Was the larger story always in your mind when you crafted the short? And how did you work to expand that intimacy outwards to feature length?

Candler: I had no idea when we started the short we would ever do a feature. I was at a point where I’d been writing feature scripts primarily and needed to actually make something and hang out on the playground again. The short was loosely based on a story my Uncle Frank told at family gatherings about how he and my other uncles set fire to my grandfather’s jeep when they were boys. It made me really think about Frank and his brothers and their relationship with my grandfather.

When we wrapped the short, I knew I really wanted to live longer with these characters and this world. When someone mentioned they thought this world lived in southeast Texas (small refinery towns), I started making trips down there to figure out what that really meant. I really fell in love with that part of Texas and the people I met in researching the story.

The question that arose from the short and helped shape the feature was where is the mother in this family? And the feature really bore out of this struggle between father and son to reconcile that absence of a mother and a wife. The son dealt with the upset through destruction and acting out while the father became emotionally destroyed and neglectful of his boys.

In short films, you’re always trying to cram so much story and emotion into a tiny amount of time, but with a feature you can let it breathe and you get an opportunity to largely explore where things started or where they’re going. There’s this beautiful window of history that you get to relish in.

And I’d say spending all of that time in southeast Texas really widened the world and those moments. I’m a big fan of sitting quietly as the observer in the room. I would sit in a small barbershop in Groves, TX, listening to the refinery workers come in and out telling their stories. It’s rich stuff I’d never have been able to come up with on my own.

Filmmaker: You cast Josh Wiggins, a first-time child actor, alongside more established vets like Aaron Paul and Juliette Lewis. How did you first meet Josh, and what made you think he was right for the role of Jacob?

Candler: I took a hint from the team that cast The Tree of Life boys. I started a search for non-actor boys across Texas as well as in the Texas motocross community. I started scouting tiny towns looking for “real boys” as well as seeing actors from Texas, NY and LA.

At the same time, our friend Summer Shelton (a producer) was looking for the same age range for their film Little Accidents. She started researching our oldest kid, Tommy Hohl from the Hellion short. She discovered YouTube videos Tommy made with his best friend Josh Wiggins. She called us up and said, “You gotta check out this kid in Tommy’s videos.” And she was right. There was something special about him. I quickly brought Josh in to read. He’d never been in a film outside of the videos he made with his buddies. Once he walked in the room and opened his mouth, I just knew, this was my kid.

Josh went through many rounds of callbacks as I tried putting my posse of boys together. I remember one of his last callbacks we were doing his character’s most challenging scene. I sat him down and told him, “I’m not letting you leave this room until I get the performance I need from you”. He made me cry that day. It was magical. And then when I got him to LA to read with Aaron, there was no question. He totally held his own and I was so freakin’ proud.

I always knew I needed this destructive, angry kid on the brink who could be completely sympathetic. Josh is highly genuine. There’s so much going on in those eyes. He’s super smart and quickly understood the process. And he’s just a really sweet kid. He’s the kind of actor I’d write a role for just so I can work with him again.

Filmmaker: Your recent shorts — and the feature version of Hellion too — focus on male characters who consider themselves outsiders from the communities they live within. What is it about this archetype that draws you in?

Candler: I think I really love writing what I don’t know. That sounds backwards, but it’s way more fun. And I’m a total sucker for outsiders. With that said, I also love flipping the expectations of those characters and finding the humanity behind them.

In Black Metal, I fell in love with the image of a makeup-smeared, long-haired, scary-looking guy gently putting his five-year-old daughter to sleep. In Hellion, I love this delinquent kid who sets fires and destroys shit making a ham sandwich for his little brother. It’s beautiful and human and speaks volumes. Maybe I just love seeing strong men at their most vulnerable moments. I don’t know.

Filmmaker: Austin is home to a thriving community of emerging independent filmmakers, and this film is a testament to notable, ambitious work being produced outside the traditional NY / LA scenes. What do you think it is about the current filmmaking climate in Texas that has made it conducive to such productivity?

Candler: I love Austin so much. And I’m even more in love with the filmmakers and the community. It’s a special place to make movies.

The beautiful thing is that Texas filmmakers have such unique and varied voices. But we all support those voices. We share scripts, rough cuts, resources, shoulders to cry on, pep talks… There’s no competition. I think we recognize that each other’s successes are shared successes. There’s a genuine excitement for each other’s work and growth as filmmakers and storytellers.

And there’s a lot of giving back. It was amazing for Jeff Nichols and Sarah Green to come on board as executive producers for Hellion. They were phenomenal mentors and friends to us. We wouldn’t have been able to make the film the way we wanted to make it without them. And along the way producer Kelly Williams and I brought on a bunch of our old University of Texas rock star film students in order to give them opportunities on Hellion they may not normally have had. And it was incredible to watch them shine.

Filmmaker: It’s been eight years since your last feature, and since then you’ve been keeping very busy with shorts. How has the landscape for feature filmmaking changed since you made Jumping Off Bridges in 2006? Do you feel that it’s easier or more difficult to get an independent feature of this scope made now compared to eight years ago?

Candler: I think it’s always hard to get a feature made. Then and now. I don’t get the impression it gets much easier.

I will say for me, personally though, I feel like I’ve grown so much as a filmmaker in that time. I’ve learned mountains about storytelling, about myself and about my voice. I never went to film school so I feel like Jumping Off Bridges was my grad program and I got a lot of angst out in that time. I learned a lot while making that film, sure, but I think I learned infinitely more in the time after.