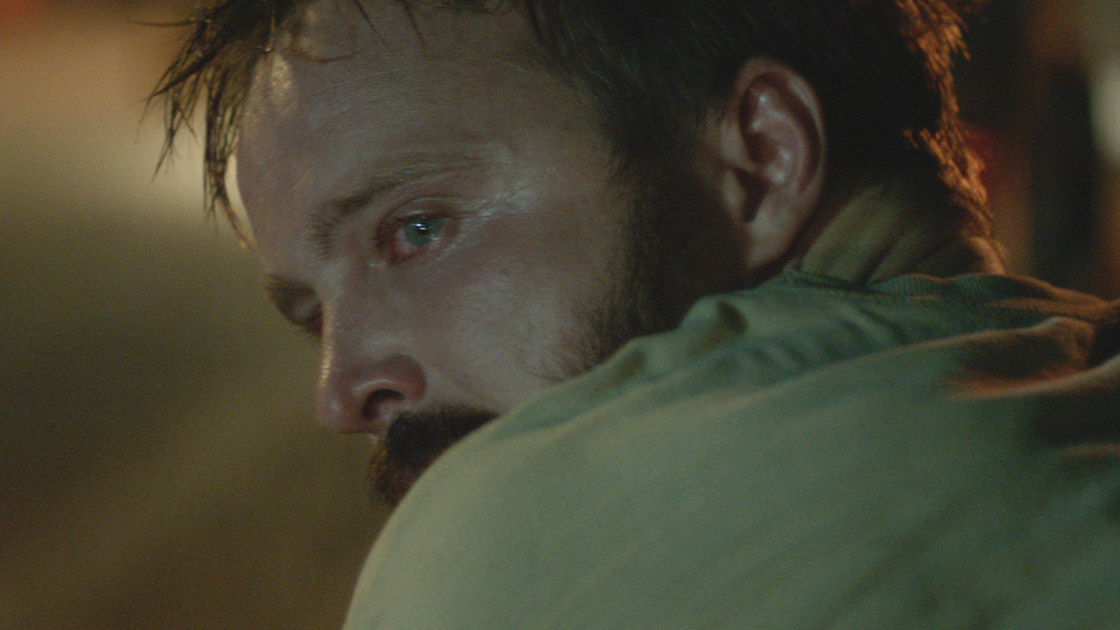 Candler: Hellion started as a short film that played Sundance in 2012. The original story for the short came from a story my Uncle Frank would tell at family gatherings. When Frank was little, he and my two other Uncles set fire to my grandfather’s jeep. What happened when my grandfather came home to discover the destruction was the nugget of a story I fictionalized into Hellion.

When we wrapped the short over the summer of 2011, I wanted to continue to live with these characters … a single blue-collar father and his unruly boys in the wake of their mother’s death. Someone mentioned that they thought these characters lived in Port Arthur, TX. Kelly Williams (Hellion producer) immediately piped up with, “That’s where I grew up.”

So Kelly started taking me on small trips to southeast Texas. It’s a place where refineries loom over Little League fields and neighborhood swimming pools and light up the night sky like Oz. It’s a hauntingly beautiful location that seemed cinematically untapped. I fell in love with the people and the world. I would sit in barbershops, restaurants and just listen. I would interview refinery workers and CPS officers to get a real sense of the world. The little story wheels in my head just started spinning.

Candler: I would guess that our crew was probably a pretty even divide between men and women. I don’t actively seek to hire any specific gender. I’m just looking for good talent, good hearts and solid collaborators. With that said, I end up working with a lot of friends from previous films. When you find good people, you hold on to them for dear life.

Candler: Money is and will probably always be the most difficult part of what we do. Knowing that even famous directors that I love and admire have a hard time getting financing definitely, it eases the pain a little.

We went through several development programs with Hellion starting with the Sundance Creative Producer’s Lab. That opened a lot of doors and connected us with some really great people. It also educated us in how to approach developing a film. We took the project through IFP No Borders as well, again connecting us to more financiers but also distributors and sales reps. We did lots of meetings in LA, but in the end personal connections led us to our financing. We were incredibly lucky to get teamed with financiers who truly believed in the script, and more importantly, in us. They trusted us to make the best film possible and we’re forever grateful for that. I literally fell to my knees and sobbed when I got the call from a friend to say, “You’ve got the money to make this movie.”

I think the inspiring part comes from never giving up. As simple and silly as that sounds, it’s true. I had many a pep talk from filmmaker friends as we navigated the indie financing world. Our team set a date we had to get financed by. If we didn’t, we had to push the shoot. I’ve never had a bigger knot in my stomach then I did that week, much less that entire summer. If we didn’t make this movie I would go into an emotional coma for the rest of the year. I had a heart to heart with David Zellner (one of my oldest film friends) over coffee one morning. In a nutshell, he basically told me, “Go find the money come hell or high water. You have to make this movie. Do not give up.” A week later, with much relentless determination, we had our team of investors.

Candler: I’m sure they would. But I also think a different female director would make a totally different film. We all have our own sensibilities of what we put on screen and how we tell stories. That’s the beautiful thing about our many varied voices and the choices we make to create a world.

I don’t know if it’s maternal instincts or because I’m a teacher but I definitely try and create a safe and kind environment on set. Especially because I work with kids a lot, I’m always trying to make a space where there’s room to grow and do good work. My number one rule when hiring people is that they have to be nice. I don’t have time or patience for assholes or egos. Making movies is hard enough as it is.

Candler: I kind of have blinders on to the gender thing. I just look forward and make movies as best as I can. My parents instilled a fearless “can do” attitude into their kid and she lives by it.

Candler: E.T. I’m in love with that movie on so many levels. It stands the test of time, crosses all boundaries and resonates universally. I’ve watched that movie a bazillion times. Even catching it on the Spanish channel, I cried and cried my eyes out. That movie is perfection to me.

Candler: I’m developing a feature version of the short I had at Sundance in 2013 called Black Metal. I’d written a feature version before making the short so now I’m diving back into that script with excited little fingertips. I’ve spent the last year not touching Final Draft and I’m dying to get back to my coffee shop where I sit in the corner booth for hours every morning just writing.

Candler: A) I think I’m always just hoping that with each film I can garner more trust and assurance in audiences and industry that I can make a good movie. That I can get to a place where I don’t feel like I’m constantly having to prove myself to people.

B) I don’t know if he’ll be there, but I think Leos Carax would be amazing to meet. I saw that there’s a doc chronicling his film career. My husband played a clip from Lovers on the Bridge at our wedding. So, yeah, he’ll always have a special place in my heart.

But honestly, it’s another pinnacle year for Texas filmmakers. So I’m mostly excited to see all of my friends at Sundance with their films. That’s the sweetest success when it’s shared with all of your friends.