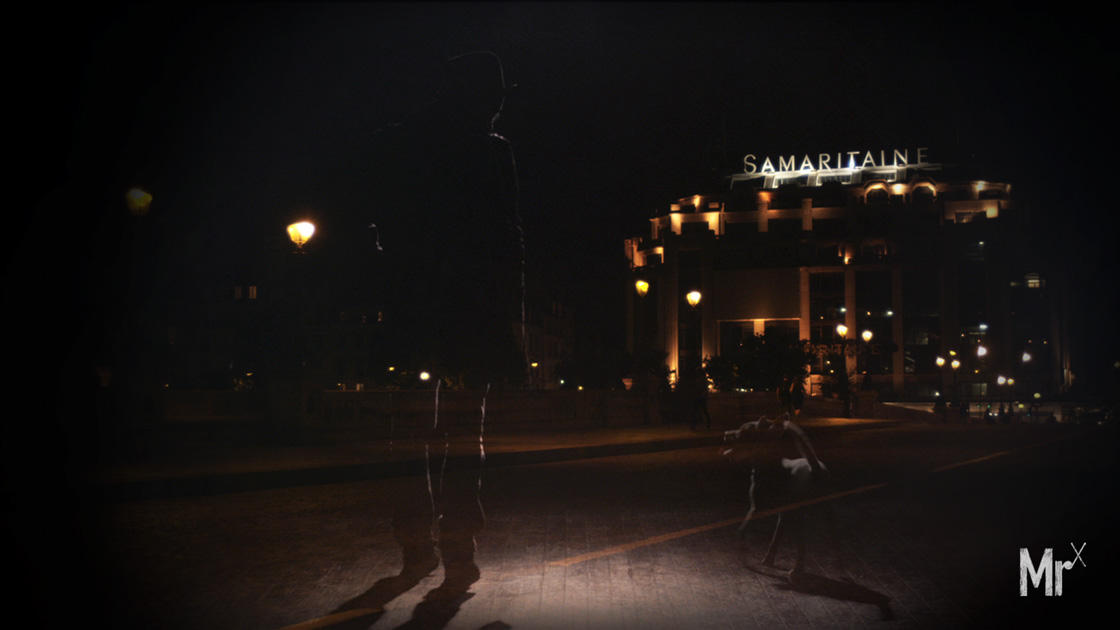 Salomé: The movie picked me up. As I was working on Holy Motors, I started to collect bits and pieces, archives, anything that was part of Leos Carax’s universe.  When I realized how much I had gathered, it became obvious that I couldn’t stop there. I dived right into his world… and without even noticing it, I started to make the film.

It was exciting to unravel some of the mysteries surrounding him.

Seeing all of his movies again was an extraordinary experience: they haven’t aged a bit. They may even be more interesting now than back when they were made. Today, the public is maybe more mature… Leos was a visionary, always ahead of his time, and what he was saying  then, can maybe be better understood in today’s light.

From a more personal standpoint, my life often and in many different ways crossed the path of Leos Carax’s films… The Mr leos caraX project sits at the crossroads.

Salomé: There were several women surrounding me who are proactive and generous. But also several man with the same qualities, like the cinematographer of Mr leos caraX, Kaname Onoyama, and the amazing music composer of the film, Gael Rakotondrabe.

Salomé: When the idea for the film first came about, I didn’t even think about that. I knew what I wanted and I just went for it. I can’t say that raising funds was easy. It was an even more difficult task since I was directing and producing too, but here in France there are quite a lot of women directors and there doesn’t seem to be much distinction between the genders. There are also many women holding important positions in TV networks. If anything, I think it might be more difficult to be a woman in more technical positions such as camera work.

Salomé: Anybody, man or woman, would have made a different film. Leos Carax has a rich and complex personality. His work is deep and intense so there would have been infinite ways to tell his story. I was in front of the work of a visionary and it took time to choose which approach to take.

Salomé: The point was not about being a woman or a man, but about the relationships between both. I quickly realized that if I wanted go on I had to do things on my own. That’s how the difficulty became a serious impulse. I quickly created my own independent company, Petite Maison Productions, and from that moment on, everything was possible.

Salomé: A spectral film that haunted me from my childhood… I think it’s time to do it. But for now, I have to take care of Mr leos caraX.

Salomé: I am sure I will meet lots of inspiring people…