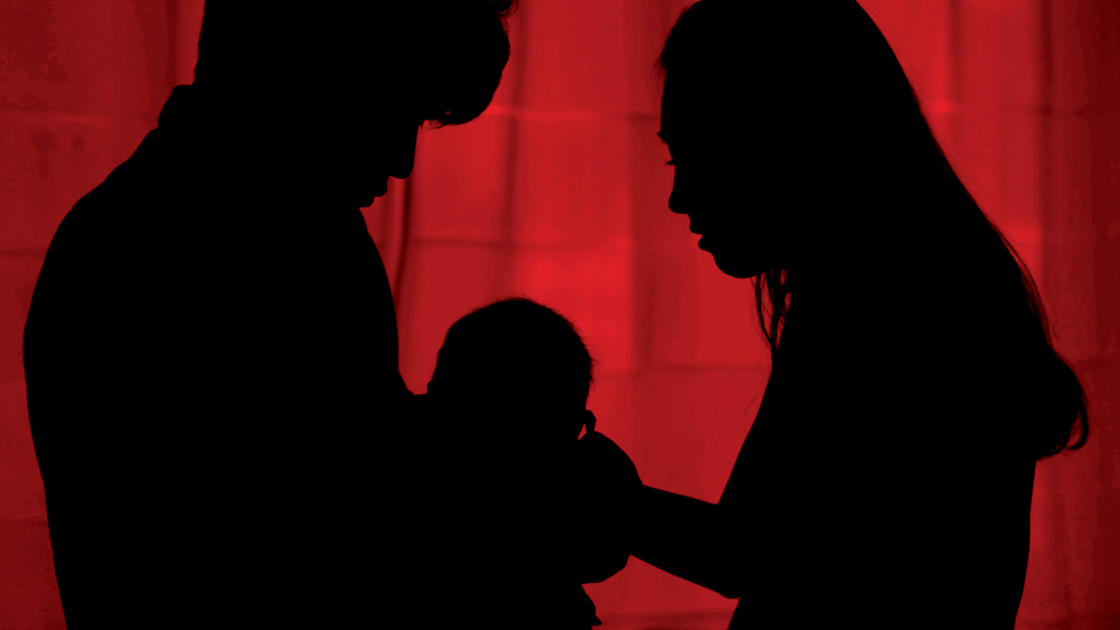 Veatch: I am drawn to stories or characters that I feel have been misrepresented and I like the task of creating a more challenging, complex, layered depiction of stories that causally circulate our media scape. Love Child is the story of an infant who died as a result of neglect due to “Internet Addiction” while her young parents were raising an online virtual child. Her name was Sarang, which means “love” in Korean. I heard the story on the Italian news media while staying in Rome. The ruling in the case marked an unprecedented shift in the paradigm around how the virtual world impacts the “real” world and the story of Sarang will have a lasting impact on Internet policy and the gaming industry as we grapple with how to live in a world where virtual is the new reality.

Veatch: Building a crew of skilled, kind, and hardworking people is a consideration at the outset of any project.  We worked with an incredibly talented group of people on Love Child, six male and four females. In my career I’ve felt the more I work with people my own age, the less my gender and age are a factor. I feel like so many women my age are creating amazing media and telling important stories and it’s so important to support each other.

Veatch: My producing partner David Foox and I were incredibly blessed to have a team of producers led by executive producer John Legere, currently the CEO of T-Mobile. John really connected with the themes of gaming, technology impacting society, and policy. His passion for gaming really dovetailed with this project and it was a natural fit.

Veatch: Thematically, Love Child deals with motherhood gone awry — a mother neglects her real life child to raise a virtual child. The main stream news media coverage of this story vilified the young mother — shaming her as if motherhood should be inherently hard wired into the female psyche. In the film I attempt to re-create the emotional and psychological cues of the virtual gaming space that impacted the parents of Sarang. My impulse to make this film was to examine this story outside the patriarchy (mainstream news media) and explore how developments in the IT industry impact our minds and shifting our social infrastructure.

From a creative standpoint I have arrived at a style for documentary editing out of a kind of frenzied “multi-tasking” environment. As a producer/editor/director I layer a lot of pieces and intersecting elements into a cohesive story. The film follows the strand of a single idea across multiple media formats and characters.  This style of filmmaking (I think best embodied in Adam Curtis’ documentary films or Chris Marker’s 1983 San Soleil) is not uniquely female but I think there is a certain level of “multi-tasking” women can handle — and I think this is kind of reflected in my filmmaking style.

Veatch: I grappled with how honestly to answer this question. In 2012 just 9% of the top 250 grossing films were directed by women; this ratio is relatively consistent with my experience in independent filmmaking. This is not for lack of talented, educated, well-positioned or hard-working women. The factors that propel male story tellers, directors, producers are social and represent a deeply engrained male authority structure.

I work hard to produce compelling media I believe in and don’t see myself as a female filmmaker first. I premiered my first feature film at the age of 25. My initial brush with the film industry consisted of a lot of macho posturing and a kind of aggressive male centric environment. Part of the magic of the film industry is this intensely masculine energy that propels action. But I think women have had a really hard time finding a voice in this energy space because the culture of film objectifies women and silences their voices through subtle social cues to reinforce that glass ceiling. As I was working round the clock closing out my first film, I had some men I was working with tell me to stop “playing producer.” In the independent film world there is no accountability and there are no rules. Women are often the ones working hard late hours with zero public recognition. As an editor and as a woman, I have had to gently assert myself every inch of my career — trying to be balance being strong without being branded a “bitch” is a fine line to walk. More and more there are amazing award-winning pieces of media created by women, I hope that as I grow in my career I can continue to add to the voices change the dynamic of the industry to create a natural expectation for women leaders and women voices.

Veatch: Is 2001: a Space Odyssey considered a blockbuster? If not, then obviously the Lord of the Rings trilogy would have just been the most wonderful material to work with although one could simply not improve Peter Jackson and Fran Walsh’s perfect adaptation. Fantasy and science fiction allow for social commentary and critique in a way I find creatively inspiring.

Veatch: My producing partner David Foox and I are developing another documentary with HBO.

Veatch: A) Sundance gives an amazing platform for independent filmmakers to contextualize their work for distributors, press, and festival goers. I’m curious what kind of dialog this film will inspire and I hope to create a conversation around how social technologies are changing notions of reality, community, and family.

Veatch: Why do you make films?

Making a film becomes an all consuming compulsion once I get a story in my head. I think it’s important to challenge the surface of reality and look deeper into the power structures and systems that we all live in to instigate dialog and growth.