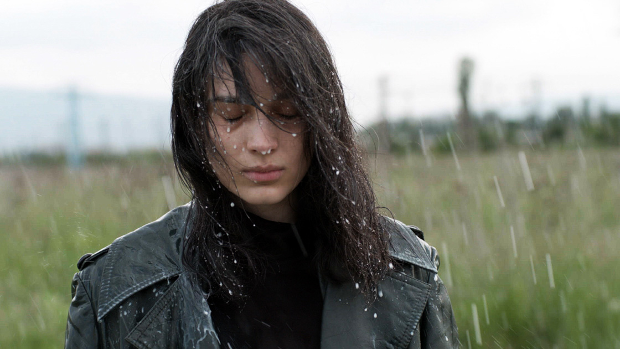 Vitkova: I’d been working on a project as a 1st AD. At the end of the last shooting day, after almost 10 years of hard work as a 1st and 2nd AD, I promised myself I’d never do this thankless job again. The same evening I sat down and wrote an 18-page treatment, a story that had never really crossed my mind. Viktoria’s plot came easily, made me laugh while putting it into words, and then cry at the end. Viktoria has been very obsessive ever since, didn’t leave me until I completed the film, eagerly demanding to come out. It is a very personal story, filled with autobiographical elements and it has been a difficult journey fighting for this film. But Viktoria deals with a subject that deeply moves me, both as a human being and a filmmaker: you cannot begin living for real, until you’ve learned to love.

Vitkova: Nearly half of the crew was female, but my closest collaborators – the director of photography Krum Rodriguez, the editor Alexander Etimov, the sound designer Kamen Atanasov, the composer Kaloyan Dimitrov, are men. I’ve never thought it’s about gender, but about people, professionals. At the beginning, I was thinking there would be more women on the crew, but I haven’t hired anyone because of their gender. Although men surrounded me, there were women in the crew that also offered me great support – the script supervisor Mila Maslarova, the downloader/synchronizer and assistant editor Vesela Videlova, the 2nd assistant camera Nevena Emilova.

Vitkova: When I started working on the project I was a writer and director of Viktoria. There was another producer attached, but we split due to irreconcilable differences. By that point his company had secured the financing (I was doing the project dossiers for all the applications, together with my late friend Margarita Radeva), apart from the co-producer’s share, which I secured after obtaining the rights to my story (from Anca Puiu at Mandragora). Otherwise I’d been applying for production support for my short films, but never got any – the first one (80 festivals, 10 awards), was partly financed by me, party by the National Culture Fund, the second one (50 festivals, 7 awards) by my brother, Emil Vitkov. Both received 35mm print production support from the Bulgarian National Film Center after A-festival selections. It is a tough business, but if you believe in your story, work hard and find the right people, you’ll make it.

Vitkova: I think any other director would have handled this film differently. What (as a female director) affected the most how the film was made, was how much I relied on my intuition, followed my instincts to experiment and believed in the story, more than I was rational about it. With Viktoria I knew what I wanted to achieve as an emotion and was playing with the rest. I imagine some male directors would have been more focused on making it spectacular or the opposite – extremely ascetic. Thinking about it, this film is a combination of both asceticism and emotion. If there is something spectacular about it at all, it is the lack of spectacularity. Women can carry more pain than men, I confirm.

Vitkova: It works both ways. I’d comment on it mostly in relation to my experience as a producer. While executive producing a film of a male director (Eastern Plays by Kamen Kalev), I was like a mother, so supportive and always there to help, to calm down, to resolve difficult situations. While producing Viktoria, it was a constant war, I was fighting like a man. Some people (actually most of them were men) were trying to cheat on contracts, verbal deals, etc. – still very common here, unfortunately – and made my lawyer, attorney Momchil Mladenov, very busy. Obviously they need time to start respecting you as a female filmmaker, but once they understand your type it’s fine, they just despise you silently.

Vitkova: I cannot imagine myself doing a blockbuster movie. I prefer to go on set wearing pajamas (figuratively speaking, although it did happen for real) and have a smaller crew. We had two shooting periods for Viktoria – the first, with a big crew (please note the duration of the end credits) where I didn’t know the names of some people. It felt like having Alzheimers, as if you don’t recognize your closest relatives… It was much more comfortable throughout the second shooting period, after reducing the crew. People felt like a family and despite the difficulties it was a fulfilling experience. So even if you want to make a blockbuster movie, you cannot make one with a 50-person crew, unless you are a superhero. I admire the effort of everyone, because it is very hard to make a film, but very easy to criticize it. (bow)

Vitkova: I’ve finished a first draft of the story I’d like to make my second feature (Gin Air), but I avoid planning when possible. In God I trust, I don’t want to push things. He is taking the best care of us.

Vitkova: A) The chance to show Viktoria at Sundance is a dream come true: Viktoria’s mother wants to escape to the West, where the Freedom is… now she made it. I don’t calculate any gains, I’m utterly grateful for being able to have the world premiere of our film at the Sundance Film Festival. If something comes out of that in terms of people noticing this very personal film that will be great.

B) I was never the fan type, I’ve been working on projects with people I consider icons – with Michael Palin (the legendary Monty Python member), Robby Müller (director of photography for some of the films by Jarmusch, Wenders and von Trier) and I can tell you one thing: talented, truly talented famous people are modest, very kind and a great company. So a dream person to meet at Sundance would be someone like that, but not in order to take pictures with him or her and post it on the Facebook…

Vitkova: I wish you’d asked me if I compromised while doing Viktoria. I’ve made hundreds, probably thousands of compromises with myself, with my common (quick and direct) way of reacting to people and situations, but I made mostly 10 compromises with our common work throughout all stages of production and postproduction of this film. It doesn’t mean Viktoria is a film beyond any expectations – on the contrary. As my editor says, this film corresponds to who we are at this stage of our lives, to who we are and what we can do, but it is still bigger than us. It teaches you patience and if you don’t learn, it hits harder, again and again, until you get it… I am grateful to and for Viktoria.