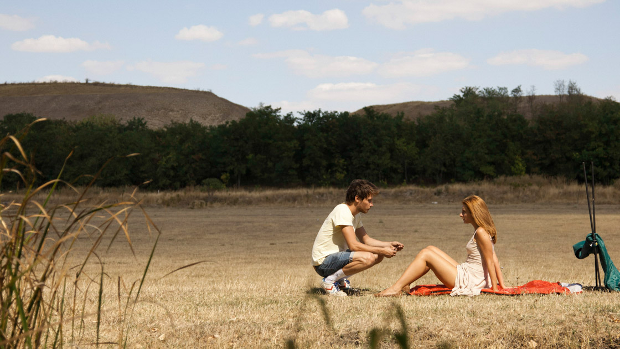 Đukić: I wanted to stop asking myself “why” about things that were haunting me and instead start a journey of both finding answers and losing them on my way. I felt the urge to express my feelings about many ambiguous and tickling things.

Đukić: Less than 10. Hiring a main actress with attitude, sensibility and energy that I enjoyed was a consideration for me. Once that worked, we could unleash enough female energy to match the great amount of male energy around us.

Đukić: I was lucky enough to get the funding on a National Film Fund based on the fact that group of three men decided to support my script knowing that I am a woman.

Đukić: This movie is, in a way, a dialogue between my male and my female side and I believe that the female side talked more.

Đukić: By not leaving me any other choice, but to take risks. The trajectory that resulted from it is beautiful.

Đukić: Another dialogue between my male and female side in the form of a film. The main character will be a bit older this time and you can definitely expect different settings/locations.

Filmmaker: Considering this will be released at Sundance: A) What do you hope to gain from being at the festival? and Who would be your dream person to meet while there?

Đukić: I hope not to gain weight, to enjoy the snow and have fun. To watch films and meet some people who understand or feel what I tried to express with my film. The Park City scenery is quite dreamlike, so I guess some dreams might come true.

Đukić: You should have asked me if I am still the same person after the journey I have been through with this film, but I would not know the answer, so we are good.