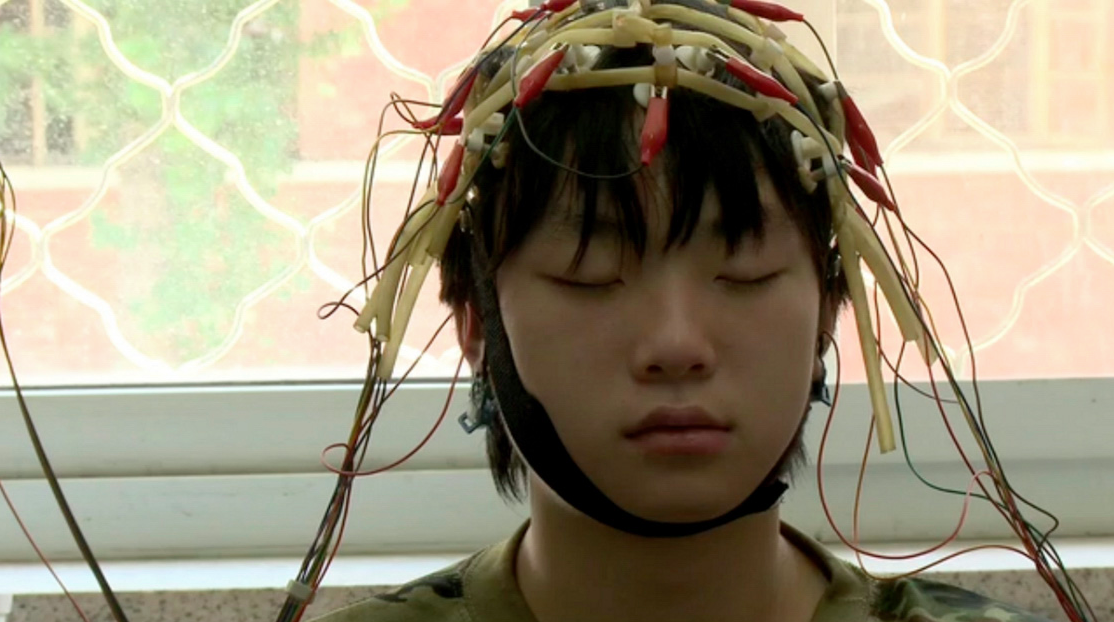 Filmmaker: Why this movie?

Shlam: Internet addiction is both a personal and social phenomenon. It is a universal issue that is becoming progressively all encompassing as the boundaries between the real and the virtual become increasingly blurred. Through this process, we could not help but feel that something is lost in the physical, “real,” everyday lives of those living in the western world. This phenomenon, these feelings are what inspired us to take this journey.

Shlam: We were four women: two directors, one producer and one editor. Hiring women was not in my consideration. I always look for professional people.

Shlam: I did not find difficulties in raising funding. Web Junkie is an emotional voyage that examines the results of Internet addiction and its effects on families and interpersonal relationships, while examining the cultural and emotional effects of this type of treatment. In addition, the film also deals with the way that Chinese society, with its culture of hyper-competitiveness, seeks to control what it perceives as the extremely negative effects of the Internet.

Shlam: I  think there is a difference between a male or female in their point of view.

Shlam: I do not feel any difference between myself and male colleagues. I think that the most important thing is to bring a good story.

Filmmaker:  Of the big blockbuster movies out there, which do you wish you had directed?

Shlam: Another film in China.

Filmmaker:  Considering this will be released at Sundance: A) What do you hope to gain from being at the festival?  and B) Who would be your dream person to meet while there?

Shlam: I wish to expose my film as much as possible. The person I would like to meet is Michael Moore.

Shlam: What kind of society are we going to be in the future?

Technology has become the architect of our intimacy. We are increasingly connected to each other but oddly more alone. In intimacy, we have found a new solitude.