“I Jumped on a Running Train:” Interim Artistic Director Mart Dominicus on Rotterdam 2014 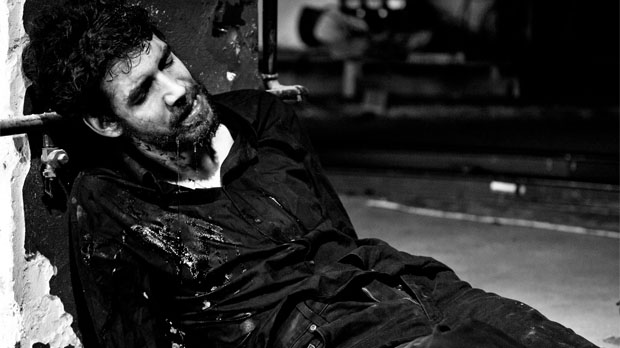 by Laya Maheshwari
in Festivals, Festivals & Events, Interviews
on Feb 5, 2014

The Artistic Director of the International Film Festival Rotterdam since 2008, Rutger Wolfson had begun work on this year’s edition of the festival, the 43rd, when fate interceded. In November, Wolfson was hospitalized with a rare autoimmune disease. (Happily, he is expected to make a full recovery.) With the festival two months away from its starting date, Mart Dominicus — a lecturer at the Netherlands Film Academy, a screenplay and editing coach, and a member of the festival’s Supervisory Board since 2010 — stepped in to become Artistic Director for this year’s festival.

At the festival’s end, Filmmaker sat down with Dominicus and looked back at how the 43rd International Film Festival Rotterdam panned out. This is what he had to say.

Filmmaker: As the festival draws to an end, how would you describe your first time at bat as Artistic Director?

Dominicus: Adventurous. [Laughs] Difficult, hard but also very rewarding. I liked this very much. But it was — I have to be honest — very difficult. Especially in the beginning. As you probably have heard, I jumped on a running train. It’s a huge festival and a huge organisation so it was quite difficult to get control of. I did not have the illusion that I could control it completely but I was trying to at least control a program: the nucleus of the festival. I have the impression I managed, but it was hard work. It was difficult but I liked it. In the beginning, it was even harder than now. Now I have control and I have gotten used to some things. But in the beginning it was quite a shock.

Filmmaker: In hindsight, what was the biggest challenge you faced while putting this year’s festival together?

Dominicus: The biggest challenge, I think, was to make a non-sexy subject like Europe attractive for the audience. It was the main goal of this festival to break open and make actual again the discussion on Europe. That sounds like an abstract and more theoretical concept, but we have a lot of films that are linked with that subject. Also, the challenge was to give the audience the impression that they have to step into this program and to experience what we offer them in that respect. That was quite difficult. I noticed that, when I started, in the first discussions with press and visitors, as soon as I started to talk about Europe they got a bit shocked and said, “Don’t you have anything else than Europe?” It was quite difficult to persuade and convince them that it is of importance. Not only is it important but we also have things that are interesting to see and interesting to experience in relation to Europe.

Filmmaker: Some would say Rotterdam’s program is too vast. How do you strike a balance between a large slate and a cohesive throughline?

Dominicus: I think our identity is this broad spectrum of several things. Maybe I am a bit too simple but we at Rotterdam are fans of the sandwich formula. So, we have huge public-pleasers — so to say — but also very tough avant garde [films]. And the combination of this is what you’re striving for, to be a source of many films and also a source of audiences. The broad program we offer: that’s also our philosophy. All these films belong to the same family, the family of cinema. And, on each level, we try to have high quality but the levels may be very different from each other. So if we are offering a lot we are also offering very different things. There’s a connection between them; that’s at least what we strive for.

Filmmaker: Do you think there’s a connective tissue between the diverse sections?

Dominicus: Yes. There’s always the quality that even in commercial film you can be daring. You can try to stretch out the borders a little bit. So, we are always looking for something special. Not the “middle of the road” films. But if there’s something going on that surprises us and exists on several levels of cinema, then we are interested in it. 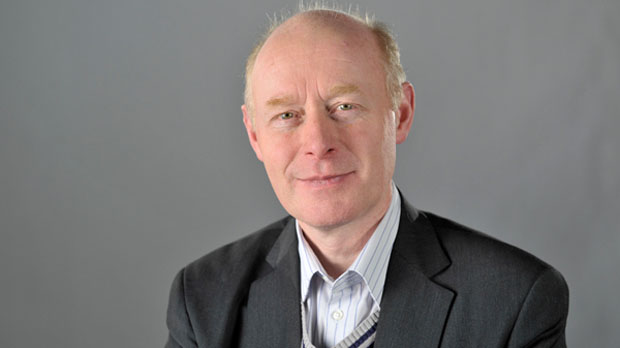 Filmmaker: The Hubert Bals Fund completed 25 years of existence this year, and there was a retrospective to honor it. What was the thought process behind choosing titles for it?

Dominicus: There’s only 12 films here but, yes, the idea of the Hubert Bals Fund is very important for us. There’s the same idea from earlier. It could have been very easy to pick out the highlights of the 25 years of the Hubert Bals Fund’s existence. We didn’t do that because it was a little bit too easy. So we chose the not so well-known films from several makers. So, while going through Apichatpong Weerasethukul’s filmography, we did not pick the well-known films. We chose a lesser-known film made by him (Mysterious Objects at Noon), and the same for other directors. So, even if it is program of highlights, we tried to choose unexpected films.

Filmmaker: In that way it becomes a program of highlights and one of discoveries?

Filmmaker: What will be your biggest takeaway from this year’s festival?

Dominicus: Europe, of course, will be my biggest takeaway. I hope the festival has succeeded in one of its goals to continue the debate on Europe and prolong — and maybe renew — the quality of the discussion.

I personally hope that the era of [Nils] Malmros, the Danish filmmaker, will be more well-known now. I didn’t know him. I had only heard of him. For me, it was really a surprise to discover his films. In the past, I have seen just one film by him but he is quite well known and I like it when the festival of Rotterdam can bring into the spotlight such an important filmmaker. And we have a long tradition of discoveries from these sort of filmmakers. 20-25 years ago, we discovered more or less the same way Kitaano by Takashi Miike. A lot of guys discovered Takashi in Rotterdam. Maybe the same now goes for Malmros. He earns it in my opinion.

It’s also because he is not a filmmaker who is shouting all the time, “Look at me!” He is modest. It is not like Lars von Trier, who is provocative the whole time. That’s also important: that the festival is looking behind the spotlight, what’s going on in the background and not only in the foreground.

Filmmaker: What makes Rotterdam unique from other European festivals or other festivals taking place at the same time?

Dominicus: When I talk to filmmakers or visitors of the festival — especially the foreign ones — nearly all of them are saying what Rotterdam makes unique is the relation / link with the public. It’s a public festival, unlike Cannes or Venice or Berlin. Most of Cannes is, of course, [for] professionals. Here, a huge part of the visitors [are members of the] public.

And our sensibility towards the inexperienced, adventurous kind of film. We show films that other festivals won’t show, I’m sure. For instance, I have no idea if you’ve seen Mein Blindes Herz (My Blind Heart) from the competition.

Dominicus: We not only showed that film but also put it in competition. So we make it important. I’m sure the other festivals would not take such a film in competition. That’s also unique to Rotterdam. And filmmakers sense that. That this is a festival that is brave in a way. That we are not afraid to show a different and strange and even risky thing.

Filmmaker: However, what do you admire in other festivals and want to pick up from them?

Dominicus: That’s difficult for me to answer because I’m not familiar enough with many. I visited two little festivals last year. When I was a journalist years ago, I frequently went to Cannes and Berlin. I could have answered your question then. This is something that you should ask the programmers.

For me, it is very important that the people coming here…and I ask them: what is Rotterdam about? They all say that Rotterdam is unique for the contact with the audience, the real audience. The audience we are making our films for. The fact that we feel Rotterdam is open minded towards all kinds of cinema. Even the most daring and problematic ones.

This is something we hope to achieve, of course. We have been doing our best for years to achieve this.

Filmmaker: You must already have your eyes set on next year’s festival?

Filmmaker: What do you think can we expect from next year’s festival?

Dominicus: It’s not up to me, because the real artistic director, Rutger Wolfson, will be back in a few weeks. Maybe not full time, but he’ll start anyway. So, on a practical level, I don’t want to be important on this issue because I don’t want to generate ideas for next year that somebody who is taking over will be confronted with. But, in general, you could say that we are continuing the things we are strong in. We will strongly promote. The service to the audience and the filmmakers will improve. The digitalization of the movies here will improve. We are thinking about a continuation of digital network and VOD: that will connect with our films and our festival. So there’s a lot that will be going on that’s a continuation of things that we started years ago, and developed during this festival.