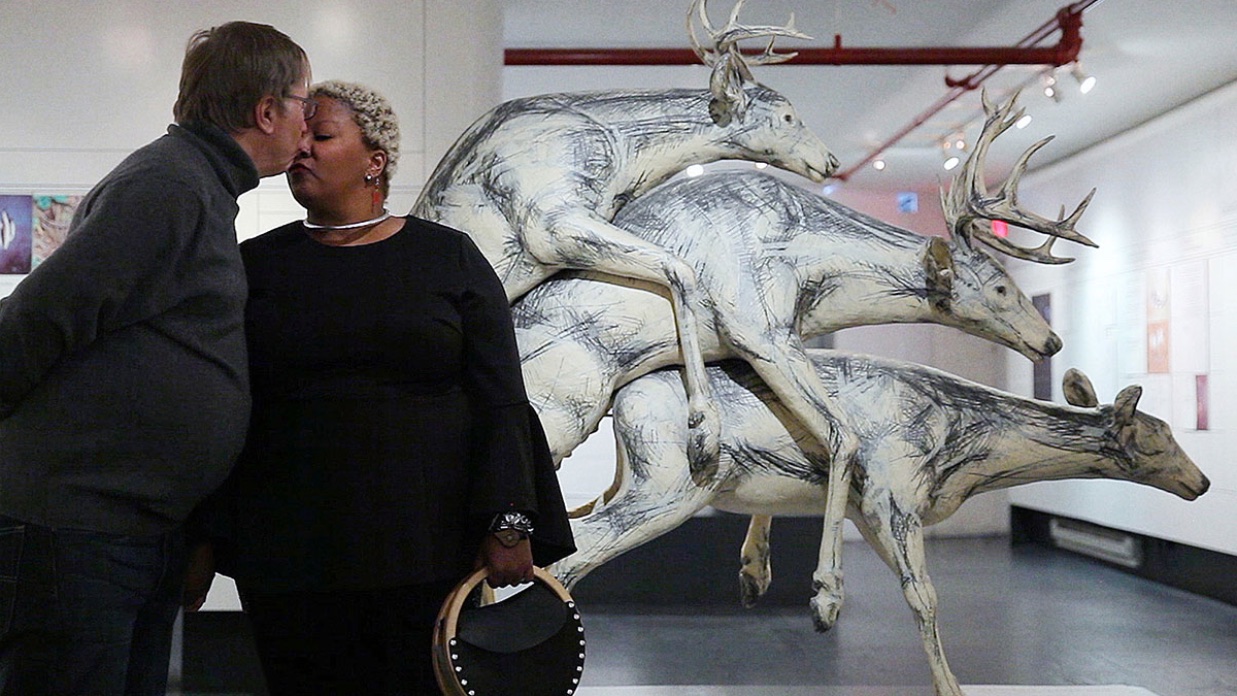 by Lauren Wissot
in Festivals, Festivals & Events, Interviews
on Apr 3, 2019

Filmmaker was fortunate that Vandever found time for a brief chat in the midst of frenzied last-minute preparations a few days prior to opening night.

Filmmaker: So there’s been this big, post-#MeToo push for gender parity at film festivals around the world, which is something I think CineKink has done naturally. I may be wrong, but I believe you’ve always programmed as many, if not more, films by female directors as by men. Have you always made a conscious effort to showcase flicks by women (and queer folk, and POCs, for that matter) — or are people from marginalized communities just the ones making the kinky films?

Vandever: This year, since there are campaigns out there now to record the specific balance, I worked out our ratio for this season at something like 52% women, with another 15% gender-fluid and non-identified. Though, to note, this year is a little skewed by our “In The Dark” program, which includes mostly gay, male-identified filmmakers.

Filmmaker: I mentioned that I saw your opening night film The Artist & The Pervert at last year’s Hot Docs — something I don’t think I could have said when you first started the fest. With the mainstreaming of kink in recent years it seems more and more top-tier festivals are embracing ever-edgier material. So can you discuss the pros and cons of this trend? Do you find it easier to program artistic films these days? Harder now since you may be competing with higher-profile festivals?

Vandever: On the pro side, we’re really not that concerned with other festival premieres. In fact, I’ve encouraged filmmakers to come back to us after they’ve played out their appearances in a prominent festival. The audience that sought out The Artist & The Pervert at DOC NYC is probably not much of an overlap with the one that might show up for the same documentary at CineKink a few months later.

We’ve always had the problem, though, of kinky films getting snapped up at Sundance or the like. And then seemingly disappearing into some kind of distribution oblivion. It’s frustrating tracking films that never quite reach an audience since they’re not connecting with the kink communities. Now I just try to focus on what I think our audiences will enjoy, without breaking our bank. Fortunately, we have lots more quality, viable options than we did when CineKink was just starting out.

Filmmaker: You’ve been taking CineKink on tour for awhile now. So how does audience reaction differ from place to place? Are some cities more kink enthusiastic than others?

Vandever: I really love our tour screenings! CineKink NYC is, of course, our jumping-off point, but it is such a struggle to find an audience in New York, with so many competing events. We encounter much more enthusiasm out on tour — Portland, Austin, Seattle and Oakland being our recent prime spots.

Vandever: I’m really thrilled to be presenting Jennifer Lyon Bell with our first-ever CineKink Artist Spotlight award. Jennifer’s work has always been an inspiration, from her short film Headshot, which we screened in 2006, through this latest film, Adorn. I love how she’s able to combine a narrative drive (my personal fetish) with explicit imagery. (And sound. I realized once, QC’ing our playback of her CineKink award-winning short Matinee, how important a component that is.)

As to the VR aspect, I understand the excitement for a new technology, but don’t feel it offers the sense of communal engagement that is so much a part of the festival experience. Nor the same level of personal connection. And truly, that’s what I respond to in all of the works we consider for CineKink, explicit and otherwise. On the other hand, we’d certainly consider presenting VR at the festival, butI have yet to find someone who would like to champion the technology, to take on the work that would be involved in producing that particular component.

Filmmaker: What are the greatest challenges in keeping an indie niche festival afloat for so long?

Vandever: Bolstering enthusiasm in the face of not terribly existent revenue streams. Everyone seems to think that “sex sells,” but we haven’t really found that to be the case. Or at least maybe not with the type of sex we’re selling — sex-positive and non-exploitative, with a big piece of questioning who is getting representation. I know that other festivals feel the struggle of getting an audience into the seats, but we also face sex-negative policies on the part of the very tools that might help us get out the word — social media, email providers, video platforms and the like. It feels like we’re always having to tiptoe around the possibility of getting bumped.

That said, we have cultivated a wonderful audience over the years. The moment they connect with our latest festival offerings makes those challenges all feel worth it.