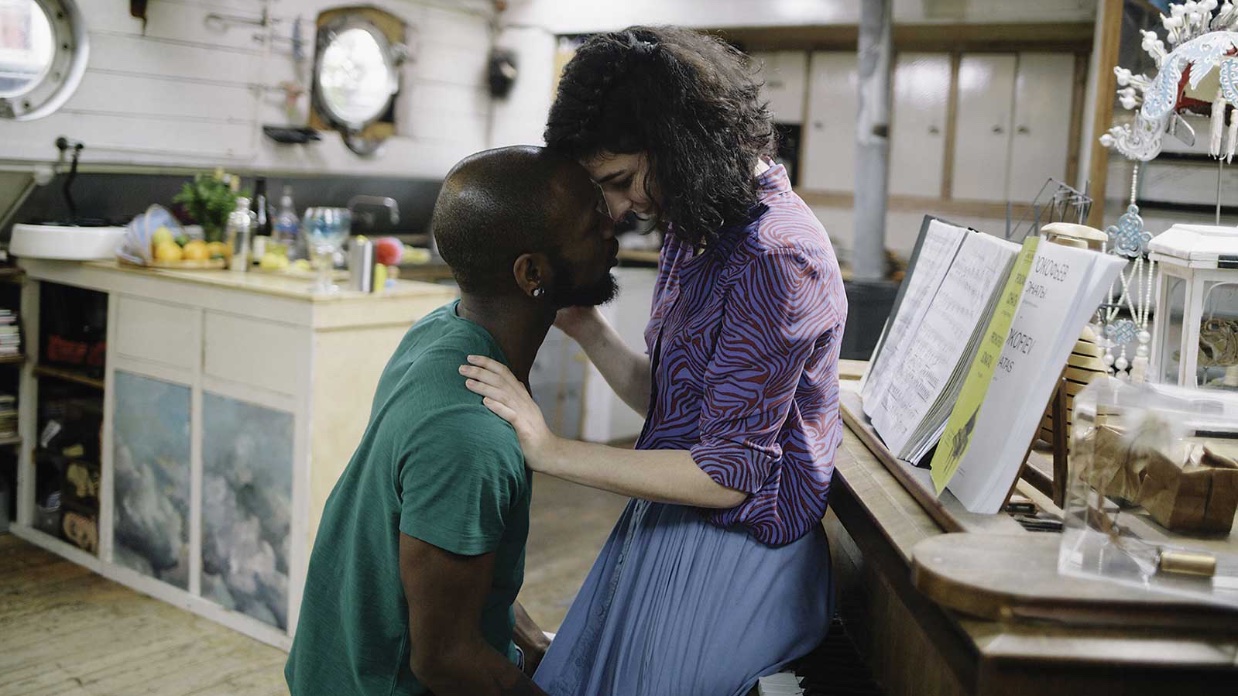 Filmmaker: You’ve been teaching the Fantasy Film Workshop for quite some time, and I’m curious to know who attends and whether the class demographic has changed over the years. (Or perhaps from country to country?) Is it mostly women who sign up? Vanilla directors looking for tips on shooting sex scenes? Budding pornographers?

Bell: Shooting sexuality has a lot of unique challenges. For one, I think that anytime you shoot sex scenes, whether real or simulated, you need to build extra time into the schedule at both a pre-production and a production level. Many filmmakers aren’t aware of that. Casting is much more complex, for example. You need to assess how much the actor/actress knows about your project, really illuminate your perspective and approach, unearth any misunderstandings about real vs. simulated acts, and fully understand what will make your actor/actress safe on set.

And of course, chemistry is going to be key. I’ve had to come up with a multi-tiered audition process that lets me safely get a sense of which performers might have chemistry, and then offer selected pairs the chance to see if they feel that chemistry too. I always offer performers full choice as to who they’d like to work with. And as to the set, I always build in time to take extra breaks, to renegotiate anything the actor/actress might like to make them more comfortable, and even change the shooting plan if need be. I let performers know that their happiness is my number one concern. (Even if I am stressed about time and budget, I put my feelings aside.) As both a creative and an ethical matter, I also create the final plan in collaboration with what the performers would like to do — certain acts, a certain vibe. Every movie I’ve ever made incorporated details, or even large parts, of elements those individual actors or actresses wanted to explore with me. It made them safe and excited on set, and it created a final film that I think is more unique and special because of our collaboration.

Filmmaker: Your docu-erotic Virtual Reality 360° film Second Date premiered at Raindance last year (and was shortlisted for the “Best Sensual VR Experience” award, which is not an honor I would normally associate with a mainstream film fest!) And now it’s playing CPH:DOX. Considering you’ve long been so passionate about art-house cinema, why did you decide to transition from film to VR in the first place, and what were the biggest challenges for you in doing so?

Bell: Honestly, I thank my production partners Condition One (San Francisco) for inviting me into this VR world. The head of C1, Danfung Dennis, introduced himself to me and told me he liked the sense of intimacy and empathy in my other erotic film work. He asked if I’d be up for a collaborative experiment exploring the concept of intimacy in a VR environment. I loved his approach. He said, “I care more about the realism and the intimacy than anything else. I’d rather that nothing sexual at all happen rather than that they force anything.” He organically understood my own approach to directing. And he loved the Second Date concept I pitched to him, and basically gave me complete creative control. I was able to hire all my own cast and crew (with the exception of the C1 co-DP Christian Serge Nelson who came over to us from the USA), and I must say we had a great chemistry as a team. It was one of the most fun shoots I’ve ever directed.

There are two big challenges for me in shooting 360 VR. One, the technology is still very slow in coming up with good, real-time monitoring techniques. You’re looking at a partial image at best. It’s very frustrating not being 100% sure what I have gotten! The other challenge for me is that I love multi-camera shoots. Lately, I shoot three cameras, at least one of which is 4K, and it gives me tremendous freedom to create a mood and a rhythm later with the editing. It also lets me protect my performers by reassuring them that I will only use the shots that look good. In VR I can still promise that, but with only one camera I’m really crossing my fingers that I won’t have to cut too often to create an edit that makes sense narratively and erotically. Fortunately, the Second Date actor and actress (Bishop Black and Anne De Winter) had so much chemistry that their date went amazingly, and we had way more great footage than we could ever use.

Filmmaker: There’s been a bit of debate recently about the (perhaps false) promise of VR, and the “limits of empathy” (also the title of a terrific article on the subject at Topic). The basic argument is that many VR projects actually end up alienating rather than connecting as research shows that empathy requires a third-person perspective (and not the “taking on” of another’s experience). With Second Date you want participants to “empathetically take part” in the starring couple’s “fumbling toward ecstasy” as “invisible witnesses.” Were you always conscious of keeping a third-person perspective? (It seems like a lot of VR erotica might instead aim to put the viewer vicariously inside another’s skin.)

When I read the article, it reminded me about a film we studied in my film theory masters’ degree class. Most film theory students watch the murder mystery Lady in the Lake (1947) because it’s a great film experiment. It’s entirely shot from the POV of the main character, Philip Marlowe. While it seems like we should experience extra empathy with Marlowe because we are literally in his shoes, that’s not at all how the film feels. For most viewers, it’s incredibly irritating to never see the expression on Marlowe’s face. How can we know how he feels if we never see his reaction? We even start to resist empathizing with him a little. It’s a great reminder that visual, and even audio POV, are not substitutes for cinema’s other tools for generating empathy (as well as sympathy, which feeds empathy) with the characters. (By the way, I’m personally enormously interested in the relationship of empathy to eroticism. I even gave the closing keynote at the new Sex And Cinema conference, soon to be the basis of an upcoming issue of the journal Film Studiesm and I called it “Empathy and Pornography.”)

Filmmaker: Finally, any plans to create a Fantasy VR Workshop? Are you already incorporating new media into your class?