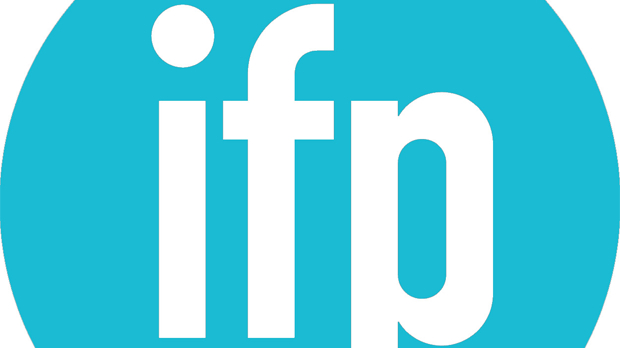 Brooklyn, NY  (May 12, 2014) – The Independent Filmmaker Project (IFP) announced today the ten documentaries selected for the 2014 Independent Filmmaker Labs, IFP’s annual yearlong fellowship for first-time feature directors. The creative teams of the selected films, chosen from a national pool of 200+ submissions, are currently attending the first week’s sessions – The Time Warner Foundation Completion Labs – taking place May 12-16 in New York City. The Narrative Lab selections will be announced in June.

The Independent Filmmaker Labs are a highly immersive, free mentorship program supporting first-time feature directors with projects in post-production as they complete, market and distribute their films. Focusing on low-budget features (<$1million), the Labs provide filmmakers with the technical, creative and strategic tools necessary to launch their films and careers. As part of IFP’s ongoing commitment to diversity, the Independent Filmmaker Labs also seek to ensure that at least 50% of the participating projects have an inclusive range of races, genders, sexual orientations, ethnicities and physical abilities in key creative positions.

“With the ability to support filmmakers and their projects over the long-term, the Labs remain one of IFP’s most rewarding and successful programs,” said Joana Vicente, Executive Director IFP and the Made in NY Media Center. “With 80% of previous Lab projects debuted in festivals and released worldwide, the impact of the program continues to be significant.”

The 2014 labs mark the 10th anniversary edition of the mentorship program which was the brainchild of Scott Macaulay, independent film producer and editor of IFP’s Filmmaker Magazine, who had the idea that numerous first features would stand a better chance of success if the filmmakers had the opportunity for creative input and the ability to plug into a network of advisors and mentors prior to exposing their films to the critical eye of the film industry. Launched in 2005 as a three-day program for eight narrative projects, the Labs have evolved into an extensive, yearlong program for 20 projects (10 documentary and 10 narrative) with a focus on post-production, marketing, distribution and audience engagement strategy. As of 2013, the 156 projects that have gone through the program include such critically acclaimed films as Lotfy Nathan’s 12 O’clock Boys, Aron Gaudet & Gita Pulapilly’s Beneath the Harvest Sky, Alexandre Moors’ Blue Caprice, Stacie Passon’s Concussion, Michael Collins & Marty Syjuco’s Give Up Tomorrow, Angad Bhalla’s Herman’s House, Daniel Carbone’s Hide Your Smiling Faces, Penny Lane’s Our Nixon, Dee Rees’ Pariah, Tim Sutton’s Pavilion, Bassam Tariq & Omar Mullick’s These Birds Walk, Lucy Mulloy’s Una Noche, Keith Miller’s Welcome to Pine Hill, and Matt Wolf’s Wild Combination: A Portrait of Arthur Russell.

“I had been working on Evolution of a Criminal, on and off, for six years when I finally applied to the IFP Doc Lab,” says Darius Clark Monroe. “Doug Lenox (my fearless editor) and I had reached a point in the cut where we knew there was great potential in the material. We knew we were moving in some sort of direction. We just didn’t know if it was forward or backwards.  Getting accepted into the IFP Doc Lab and being a part of this supportive and challenging community changed our path and contextualized our entire finishing experience. We were in a safe space where critical notes were positively received. No corners would be cut. From editing to festivals, sales, distribution, and beyond, the entire team at IFP made sure that fellows left the lab with a complete understanding of what it means to finish and release an independent film in the current market.”

The selected projects for the 2014 IFP Documentary Lab and Lab Fellows are:

The Dream of the Audience: Theresa Hak Kyung Cha

An old Japanese man named Yellow toured the country for fifteen years in his boy band until his partner, Red, decides to quit. Yellow struggles to keep the band together while Red tries to move on. Only after finding himself completely alone, Yellow is forced to face the parts of himself that he kept hidden in his fantasy. Fellows: Jonathan Yi &Michael Haertlein (Directors, Producers, DPs). New York, NY

Man of the Monkey

Intrigued by the tale of a scary man living in isolation with his chimpanzee wife, David Romberg travels to his childhood home on Ilha Grande, Brazil, to find him, only to discover that the tale pales in comparison to what he uncovers. His search guides him to the island’s dark histories that contradict his family’s own history in this place. Fellows: David Romberg (Director), Èlia Gasull Balada (Editor). Philadelphia, PA

When Sharon Shattuck’s father came out as a transgender, Sharon was in the awkward throes of middle school. Her father’s transition to female was difficult for her straight-identified physician mother to accept, but her parents remained married. As the Shattucks approach Sharon’s wedding day, they address the truce at the heart of their family, and discover what it means to stay together. Fellows: Sharon Shattuck (Director, Producer), Martha Shane (Producer), Frederick Shanahan (Editor). Brooklyn, NY

Quest: The Fury and the Sound

Quest runs a hip hop studio from his home in North Philadelphia. He attempts to balance family and musical ambitions while recording neighborhood artists struggling with criminal records and drug addictions. His commitment to the neighborhood and family is tested when one of his children is diagnosed with cancer and another is shot by crossfire. Fellows: Jonathan Olshefski (Director, Producer, DP), Tim Fryett (Editor), Christopher Rainey (Music Supervisor). Philadelphia, PA

Donte Clark’s poetic voice was honed on the violent street corners of a struggling city. Yet rather than succumb to the pressures of Richmond, CA, Clark uses his artistic perspective to save his city from itself. Fellows: Jason Zeldes (Director), Michael Klein (Producer), Kevin Klauber (Editor). Los Angeles, CA

(T)error is the story of Omar ****, a 62-year-old former Black Panther turned counterterrorism informant for the FBI. Interweaving Omar’s turbulent past, with unprecedented access to his current investigation, (T)error probes the moral and ethical dilemmas behind the scenes of the war on Terror. Fellows: Lyric Cabral & David Felix Sutcliffe (Directors, DPs). Bronx, NY

T-Rex is the story of Claressa “T-Rex” Shields, the seventeen-year-old from Flint, Michigan who became the first woman to win the middleweight gold medal in Olympic boxing. While her journey to the top of the podium in London was epic – and historic – success for a young, black girl in Flint doesn’t always make things easier. Fellows: Zach Canepari (Director, Producer, DP), Drea Cooper (Director, Producer, Editor, DP), Sue Jaye Johnson (Producer). Berkeley, CA

Very Semi-Serious goes behind the scenes of the New Yorker and introduces the past, present and future generations of cartoonists who create the iconic cartoons that have inspired, baffled—and occasionally pissed off—all of us for decades. Fellows: Leah Wolchok (Director), Davina Pardo (Producer), Nels Bangerter (Editor). San Francisco, CA.