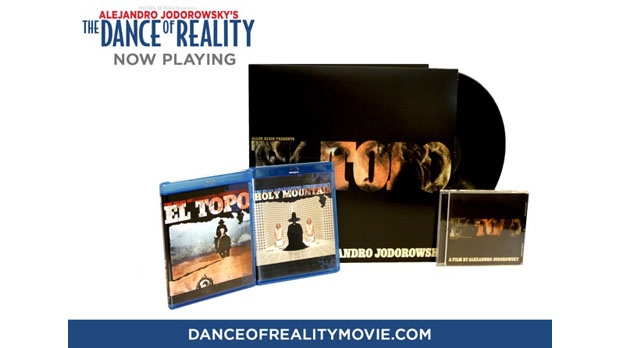 Thanks to our friends at ABCKO Films, Filmmaker has a prize pack to give away tied to Alejandro Jodorowsky’s The Dance of Reality, the cult favorite’s first feature since 1990’s The Rainbow Thief. In this new film, Jodorowsky revisits his ’30s Chilean childhood while producing typically fantastical imagery.

The prize pack includes an El Topo Blu-ray, The Holy Mountain Blu-ray, and the El Topo soundtrack on both CD and vinyl. To win, be the first to answer this question: what sci-fi novel did Jodorowsky try and ultimately fail to bring to the screen, as chronicled in a recently released documentary? Email your answer to vadim at filmmakermagazine dot com.

Here’s the trailer for The Dance of Reality:

For more information on the film, read our interview with Jodorowsky from last year and visit its official website. Here’s a list of theaters where it’s currently playing or soon opening: