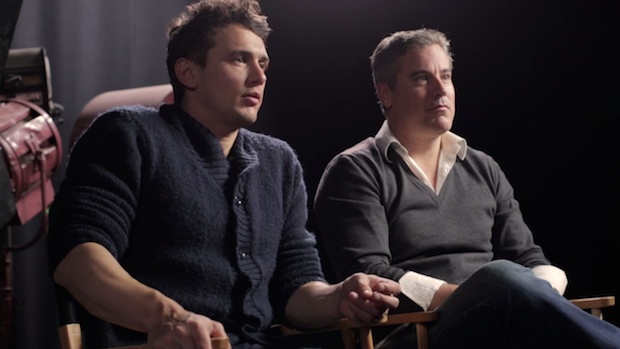 by Scott Macaulay
in Filmmaking, Screenwriting
on Jun 11, 2014

Continuing to disprove the assertion that there are 24 hours in a day, prodigious multi-hyphenate James Franco, who has taught at USC, UCLA, CalArts and NYU, and his Rabbit Bandini producing partner Vince Jolivette are launching another new venture: an online course, “Introduction to Screenwriting for Short Films,” on the Skillshare site. Over 30 short video lessons beginning screenwriters will learn the craft by penning an eight-page adaptation of one of three texts: John Steinbeck’s Pastures of Heaven, a story from The Spoon River Anthology, or Sherwood Anderson’s Winesburg, Ohio: A Group of Tales of Ohio Small-Town Life.

Right now the course, which costs $25, lists over 500 participants. “As is the case with screenwriting generally, the most valuable part of this process will be giving and getting feedback on your work from your peers,” reads the copy on the site. At the course’s end, Franco and Jolivette will read the top ten “most liked” scripts, announce three winners and provide personal feedback to one. Franco and Jolivette’s video intro can be found below.